ALEC Baldwin made headlines recently after shooting a prop gun that ended up in the death of cinematographer Halyna Hutchins. 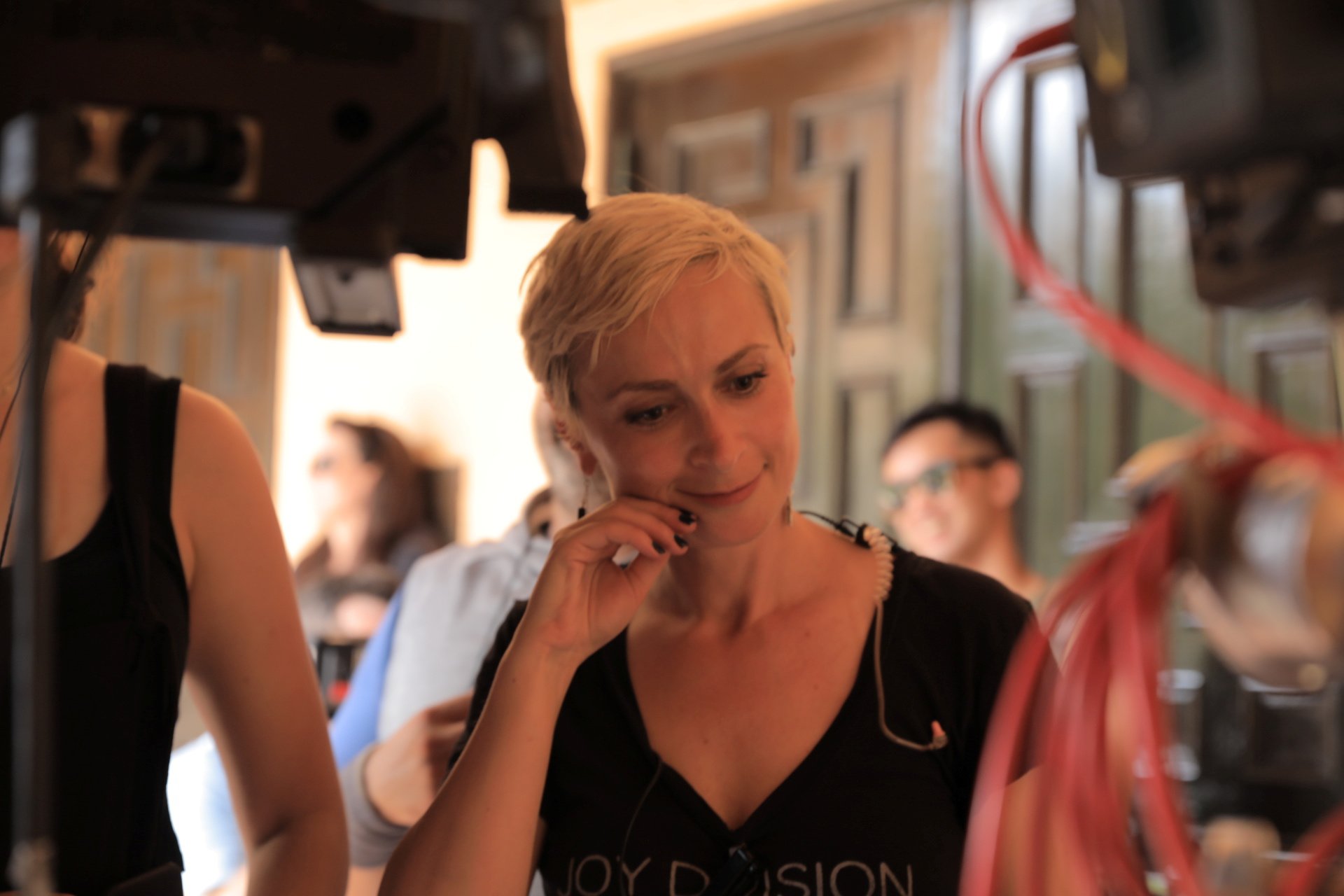 Alec Baldwin announced he would be producing and starring in the film Rust, based off of a story he helped create with the film's director, Joel Souza.

Baldwin said at the time that his "gun-slinging" skills were at the ready.

“They’re always at the ready,” he said, speaking of his talents.

“I’m an actor of the old school. So if you read my resume — my motorcycle riding, my French, juggling, my horseback riding, my gunplay — is all right at my fingertips at all times.”

Reports of seven crew members storming off of set due to safety concerns come to light as one of the crew posted to Facebook.

"We cited everything from lack of payment for three weeks, taking our hotels away despite asking for them in our deals, lack of Covid safety, and on top of that, poor gun safety!" the post said. "Poor on-set safety period!"

A source close to the set revealed that a gun misfiring had also happened.

"A gun had two misfires in a closed cabin," the source said. "They just fired loud pops – a person was just holding it in their hands and it went off."

According to authorities, Halyna was airlifted to University of New Mexico Hospital where she later died from her injuries.

Baldwin was later photographed crying outside of the Sante Fe police station, where he went in for questioning.

Police launch an investigation into the shooting, as well as the Occupational Health and Safety Bureau.

"OHSB is investigating the incident in coordination with law enforcement, the employer, and employees. No additional information will be released at this time, pending completion of the investigation," said the statement released by OHSB. 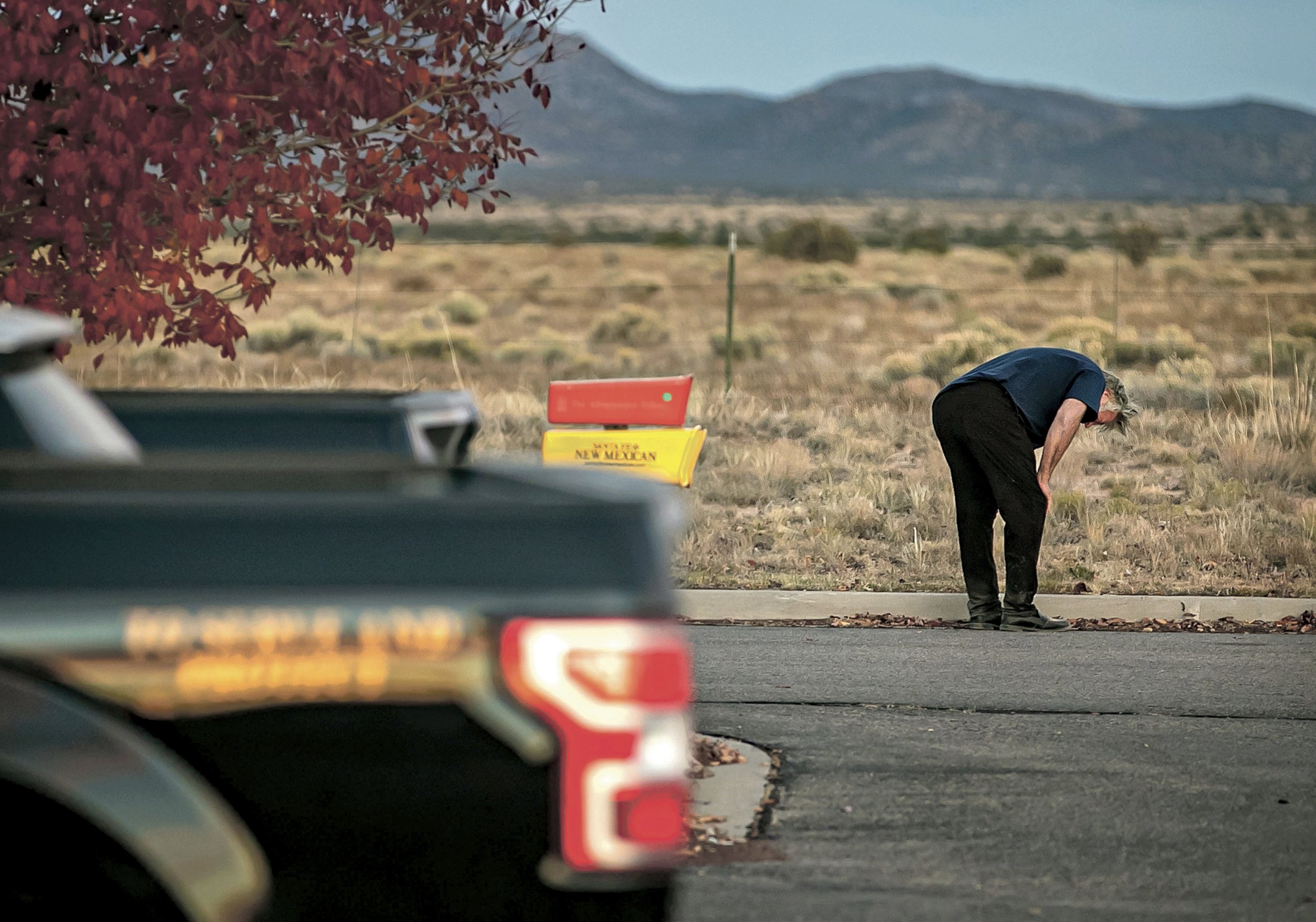 Alec Baldwin releases a statement via Twitter on Friday morning:

"1- There are no words to convey my shock and sadness regarding the tragic accident that took the life of Halyna Hutchins, a wife, mother and deeply admired colleague of ours. I'm fully cooperating with the police investigation to address how this tragedy occurred and

"2- I am in touch with her husband, offering my support to him and his family. My heart is broken for her husband, their son, and all who knew and loved Halyna."

Around the same time that morning, Alec Baldwin's wife, Hilaria, left their New York City home with their children and pets.

It is revealed that Rust assistant director, Dave Halls, handed Baldwin the gun while telling him it was a "cold gun," meaning it should have been safe to use.

Niece of Alec Baldwin, Hailey Bieber, takes to social media to share her thoughts on the shooting.

The model wrote: "Sending all my love to the family of Halyna Hutchins. This is a truly unimaginable and devastating tragedy.

"My thoughts are also with Joel Souza as he recovers. I am absolutely heartbroken for everyone involved."

It is reported that Alec Baldwin went to breakfast with the family of Halyna Hutchins on Saturday morning.

According to a source, Baldwin "didn't look good."

A letter is sent to the cast and crew of Rust, revealing a pause on production until the police investigation is complete.

“Our hearts are with all of you, as we all go through this tragic time and mourn the loss of our colleague and dear friend, Halyna Hutchins," the letter reads.

"We are family and we must stand beside each other as families do in difficult times. We remain in close touch with Halyna’s family and commend the strength they show in the face of unspeakable tragedy. It is beyond an inspiration.

"As we go through this crisis, we have made the decision to wrap the set at least until the investigations are complete. Although our hearts are broken, and it is hard to see beyond the horizon, this is, at the moment, a pause rather than an end. The spirit that brought us all to this special place remains.”

Hilaria Baldwin takes to Instagram to release a statement following the shooting.

On her Instagram stories, she posted an image with the following words:

"My heart is with Halyna. Her husband. Her son. Their family and loved ones. And my Alec," she wrote.

"It's said, 'there are no words' because it's impossible to express the shock and heartache of such a tragic accident. Heartbreak. Loss. Support."

According to investigators, Souza said suddenly there was a "loud pop" and he realized both him and Halyna were wounded.

The report revealed that Halyna claimed she "couldn't feel her legs" after being shot.