Caked in fake blood, the 38-year-old star was in a blonde wig and leopard print jacket for an accident scene in New York. 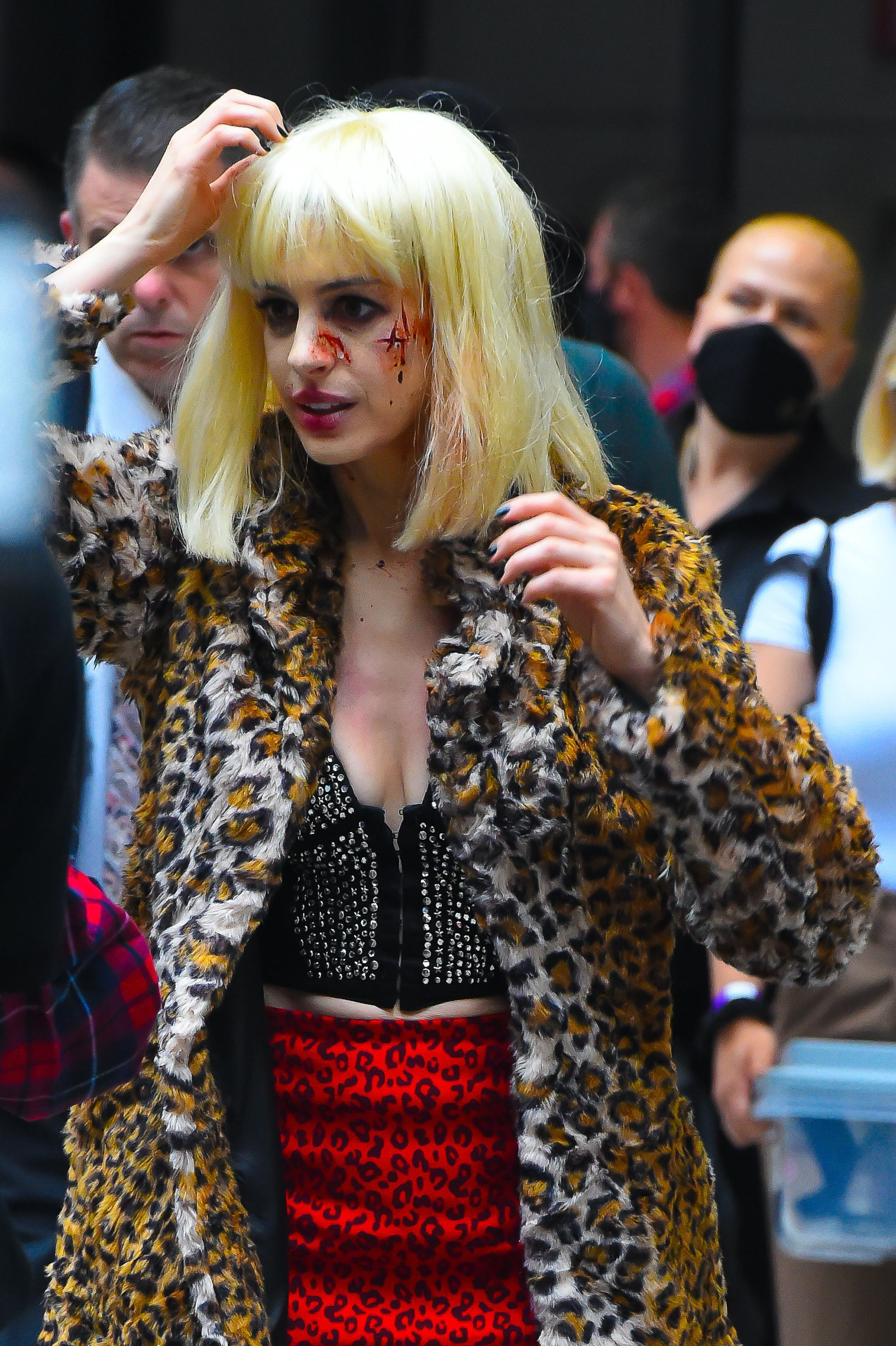 The series chronicles the rise and fall of US real estate start-up WeWork. 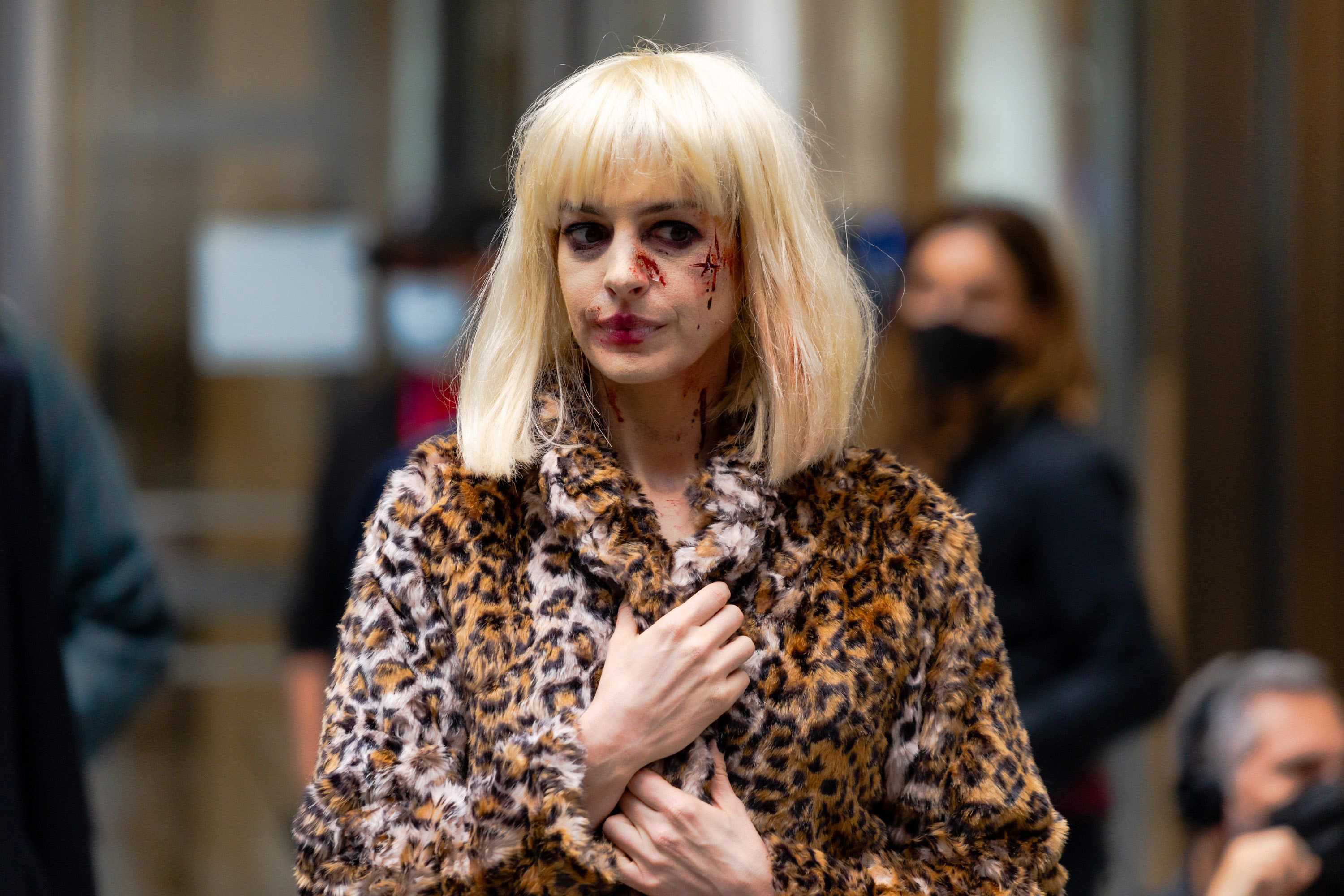 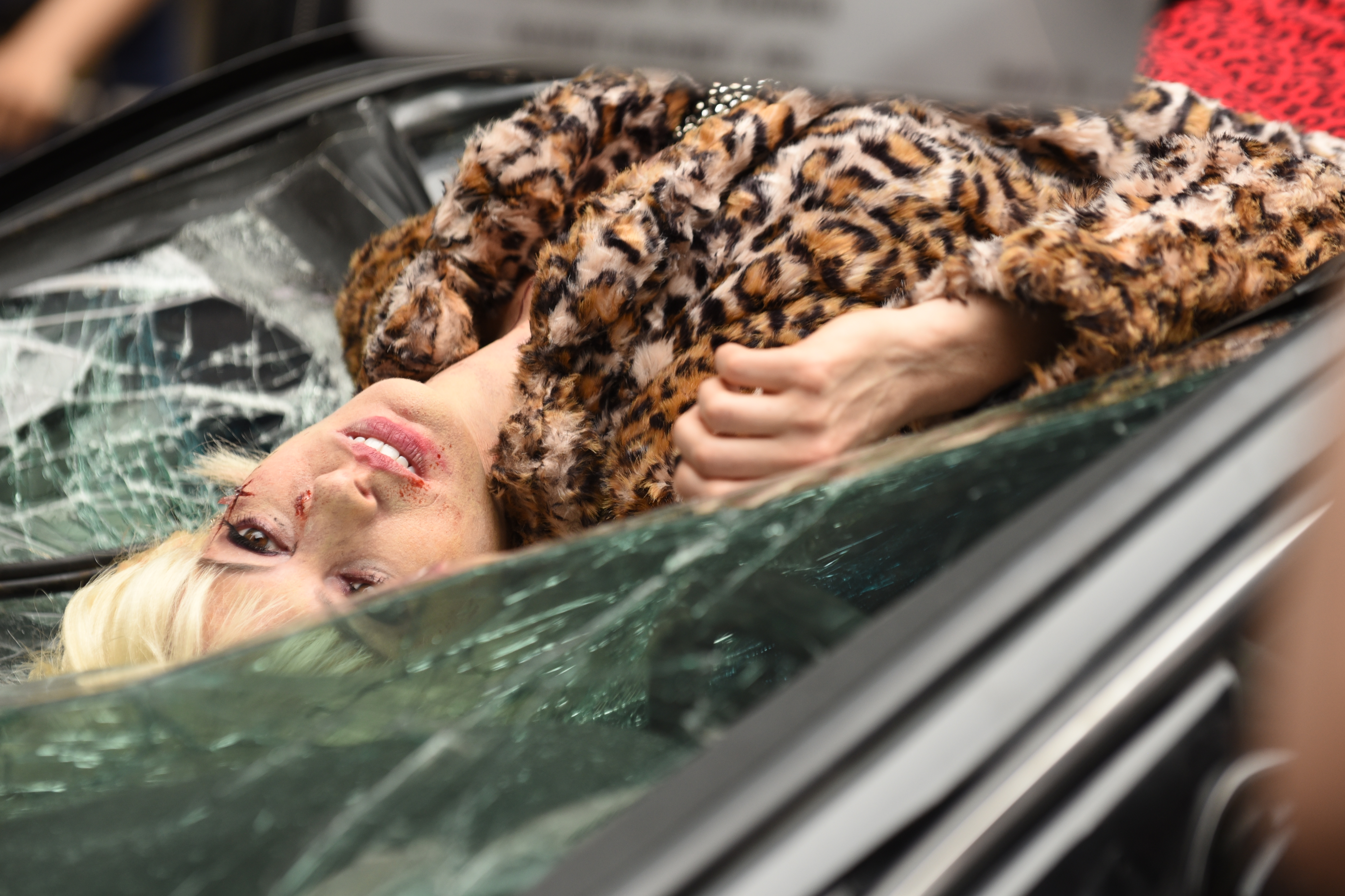 The firm appeared a huge success before announcing a reported $2billion loss in 2018.

That’s what you call a real smash.