Antiques Roadshow travelled to Castle Howard, near York, in a recent episode of the show and one guest left expert Geoffrey Munn stunned by the beautiful belt buckle she had brought in. However, when he revealed just who had designed the piece and what it was worth, the guest was almost embarrassed when thinking about how she had taken care of it in the past.

Geoffrey began: “This is a femme fatale and I am already under her spell tell me about it with you.”

The guest explained: “Well I absolutely love it and always have done. It came to me through my husband’s family who came over from France in probably the 1890s.

“He had a great aunt Cecille and when she died she left everything she had to him because he was the only male relative living at the time.

“I really loved it and when I became a nurse I used it as a belt buckle on my nurse’s belt and never thought anything about it really.” 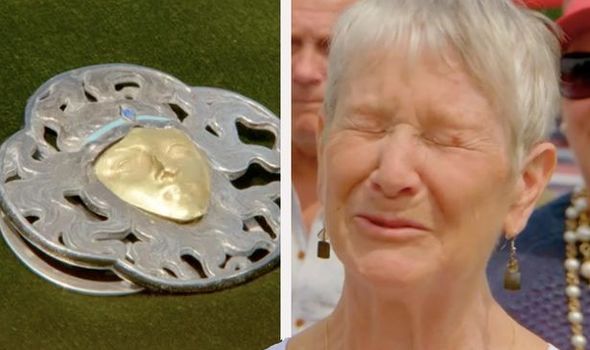 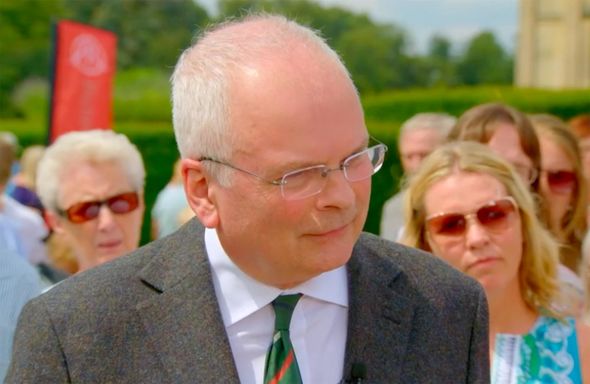 Geoffrey continued: “Well let’s try and imagine the sort of woman that would have bought this object in 1900 in Paris.

“This would have been only a tiny part of her arrangements.

“She would have been extremely unconventional and her dress and her shoes and her carriage and her interior design would have echoed everything we see here. 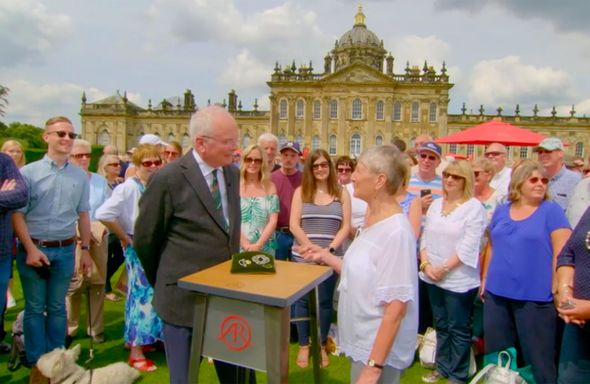 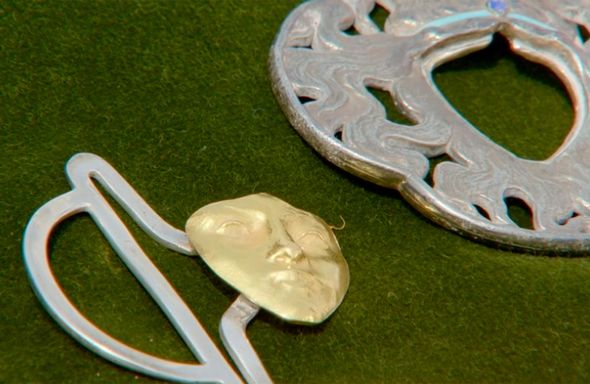 “And in my view, Lalique isn’t a jeweller at all; he is an artist of the highest possible calibre that just happened to express himself in jewellery and glass.

“There is always a hint of darkness about Lalique’s work, almost a sort of morbid quality.

“In a sense, this is a Medusas’ head and she’s an unhappy girl,” Geoffrey explained.

“She is in the renaissance tradition wearing a renaissance brow ornament and he has picked that up with two shades of enamel.

“The face is of gold and the rest is of silver and I think we can safely say that this is a towering work of art as indeed is most of Lalique’s work is.”

The expert continued: “But, it is, of course, a functional object and I think you better have a look to see how it does work. It simply comes apart.

“There is the buckle, and we have this strange creature.

“But she may have been a strange creature who was around at the time.”

Geoffrey revealed: “She does have some similarities to Sarah Bernhardt and she was Lalique’s most important patron and enormously famous throughout Europe.

“Well this is stunning stuff Lalique’s things are hugely sought after and their prices have escalated enormously recently.

“I think there would be serious competition over this object wherever this was sold.

There was a huge gasp from the people who had gathered around as well as from the guest herself who couldn’t believe what she had just heard.

The guest said: “£10,000? Oh my goodness me! And to think I was wearing it all those years and never thought about it.”

Antiques Roadshow can be streamed on BBC iPlayer.