Home » Antiques Roadshow guest refuses to sell wooden duck ‘What if I offered £5,000?’

Antiques Roadshow guest refuses to sell wooden duck ‘What if I offered £5,000?’

Two Antique’s Roadshow guests brought the duck to be valued along with a photograph and a “funeral card.” It was left to BBC expert Eric Knowles was keen to find out the story behind the items. He said: “I’ve spent a certain amount of time checking out the wild fowl on Lake Windermere, and I’ve got to say I can’t find a duck that looks anything like this one. This duck has been on lake Windermere for the best part of 100 years or more, is that right?”

“120 years,” the duck’s owner said. Stunned, Eric repeated: “120 years – and you’ve brought along this photograph of two handsome men here. So the one of the left -“

“That’s my father,” the guest explained, adding that the man on the right was his grandfather.

He went on: “The gentry at that time used to stop at The Old England.”

“Which I believe was the first hotel in this part of the world,” Eric said. 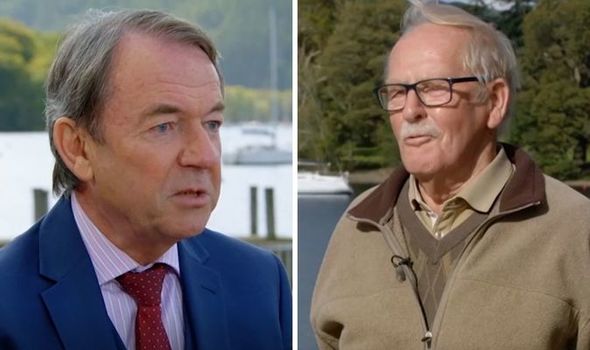 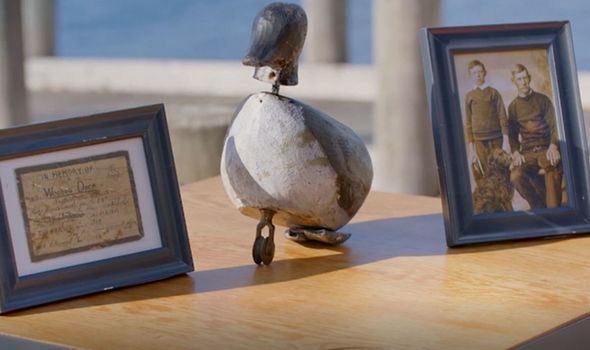 “Yes,” replied the owner. “And they would go out duck shooting. So my grandfather went out to one of the islands where the ducks were and took his decoy duck with him and planted him with the ducks.”

“So they’d be out there shooting at this? Thinking it was the real thing?” Eric asked.

Noting the holes in the wooden duck’s face, he added: “And they did strike it.”

The guest explained: “My grandfather took it back to The Old England, and they put it on a silver platter because the gentry would be having duck for their dinner. 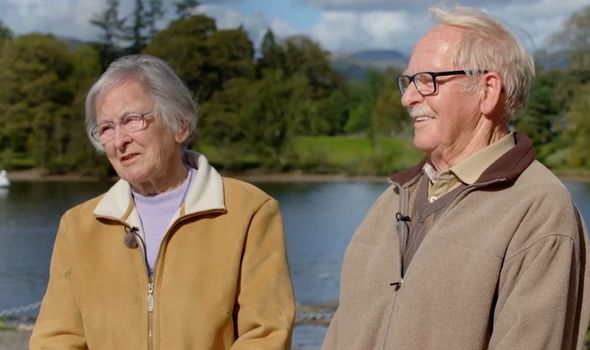 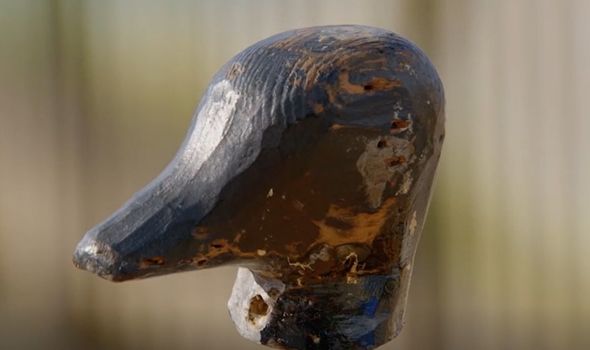 “And they would lift it up, and the duck was there, along with the funeral card.”

Reading the card, Eric said: “In memory of a wooden duck, brutally done to death on Lake Wind on the 28th day of February 1908 by three cold-blooded poachers, namely The Major, The Parson and Joe. May their sins damn them to eternal hellfire.”

Alluding to the duck’s head, which is placed on a spring, Eric commented: “Now one thing that I did notice, that I love, is he’s a duck that can only say yes.

“So do you want to tell me a little bit about the contraction of this thing?”

One of the guests said: “Well it was done with a whale bone out of a woman’s corset to put it on a spring.

“Later, it had to be replaced by a more modern substitution shall we say.”

Eric asked: “Which came from?” The owner replied: “From somebody’s bra.”

“Okay,” Eric replied. “Alright, well it does the job, doesn’t it?

“It’s a bit of a cliché when people say ‘he’s priceless’, but the tales you’re telling about this duck are equally priceless.

“No,” the dedicated guest responded. “It wouldn’t go to anybody other than the family and I’d make sure that it was looked after.”

“Exactly,” Eric replied. “And make sure that it didn’t end up on anybody’s dinner plate again!”