Corcoran made the general apology after her appearance on ”The View“ 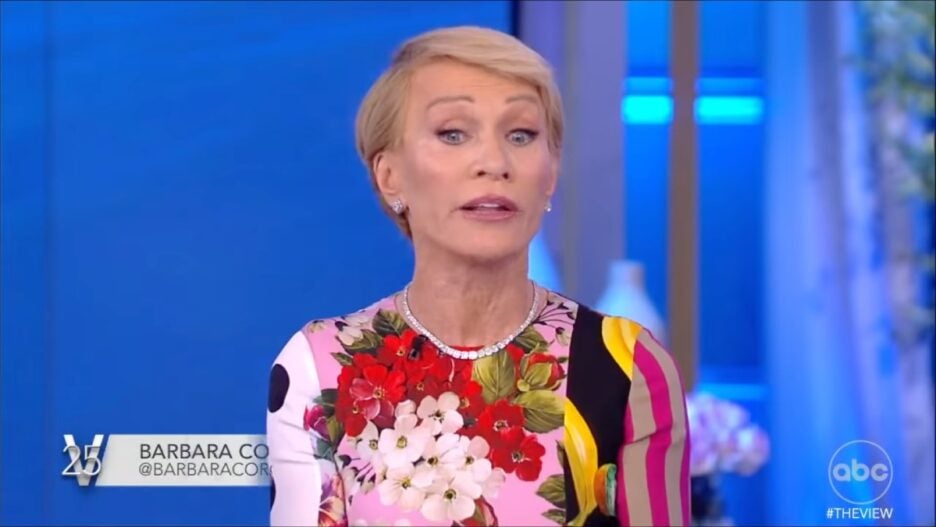 “Shark Tank” judge Barbara Corcoran has apologized for a fat-shaming joke aimed at Whoopi Goldberg’s expense on Thursday’s episode of “The View.’

“I just came back from ‘The View’ where I saw my old friend Whoopi.” Corcoran started in a video posted later in the day to Twitter. “As you well know Whoopi has a phenomenal sense of humor and I’ve known Whoopi for years. I made a joke at Whoopi’s expense which I now realize wasn’t funny. For anyone who I may have offended, unintentionally, I just want to say that I really am very sorry.”

She captioned the post with the words “Love ya Whoopi” and a blue heart emoji.

In the show, Corcoran, a real-estate developer, responded to Whoopi’s question of whether a pair of jeans the group was discussing would fit her “COVID butt.”

“And when you get finished with those jeans, and decide you don’t like them, give them to me. I’m gonna make two pairs!” Corcoran said on “The View.”

Whoopi was at a loss for words as the comment sank in, but co-host Ana Navarro jumped to Goldberg’s defense.

“Whoopi, let me just tell you something,” Navarro said before turning to Corcoran. “Both Sara Haines and Jill Biden wore that dress already, on TV,” she said, meaning Barbara’s dress.

The reactions to Barbara’s apology were swift and widespread – and did not hold back.