BBC One’s new thriller The Pact shows how a seemingly harmless prank can have devastating consequences. The six-parter aired its first episode on Monday evening and introduced viewers to the employees at a Welsh brewery. But, viewers were quick to point out a possible plot hole in the new drama involving CCTV.

The show tells the story of four friends who become involved in the death of their boss Jack (played by Aneurin Barnard) when a drunken prank goes wrong.

When they find Jack in a drunken state, the group decide to take him to the woods and snap some humiliating photos of him naked.

However, when they choose to leave him there, things begin to go downhill for the group of women.

Feeling guilty from the prank a few of the ladies decide to go back and check on their boss, but shockingly find him dead. 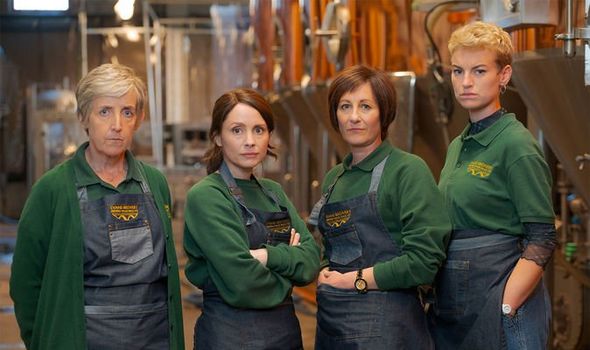 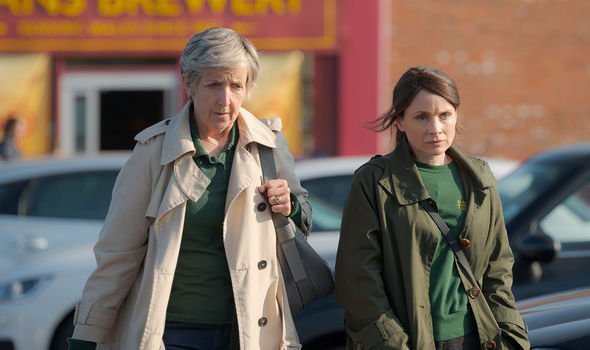 It was Anna (Laura Fraser) and Nancy (Julie Hesmondhalgh) who discovered the body.

In a scene where the pair were discussing what to do next, Anna said: “We’ll call the police we’ll explain it was an accident.”

A panicked Nancy replied: “What if they don’t believe us?”

“Well of course they’re going to believe us we’re not murderers!” Anna exclaimed. 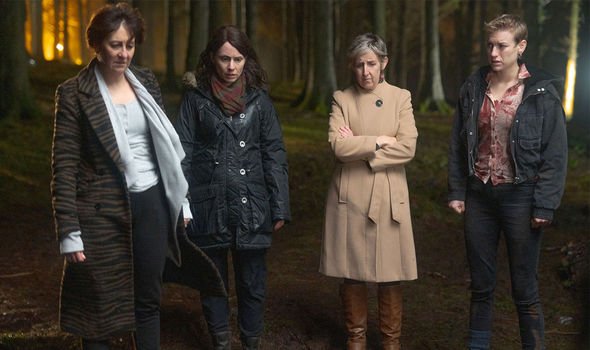 As a result of the prank gone wrong, the group are forced to make a pact, vowing to stay silent about the events of their night out, in order to cover their tracks.

But, the investigation soon gets underway when police are called to the scene the next morning.

While watching, some viewers took to Twitter to point out a possible plot hole in the series.

Many pointed out that the women should have been caught by CCTV.

One viewer wrote:” “They have been back & forth to that crime scene … surely the car would have been caught on CCTV? #ThePact”

“Clearly no CCTV in Wales! #ThePact” another viewer joked.

Another possible blunder pointed out by fans was that when the group left Jack in the woods his trousers were down, but when they returned he appeared to be fully dressed.

“His trousers were down and now they are back up. #thepact” one viewer commented.

A second agreed, saying: “#ThePact notice his trousers are back up…when they left him they down round his legs…. If WE all noticed that somebody pulled his trousers up, how come THEY haven’t noticed?”

However, it wasn’t all bad news for the BBC drama, as many viewers gave praise to the new crime thriller.

One viewer wrote: “#ThePact – needed some quality drama in my life. Thank you @BBCOne!”

“Ooooh I’m loving the nasty side of @aneurinBarnard #ThePact” another commented.

There are six episodes in the series which will air every Monday and Tuesday evening on BBC One.

The Pact continues Tuesday, May 18 on BBC One at 9pm.