The 60-year-old presenter made the comment during Wednesday's episode of the ITV quiz show. 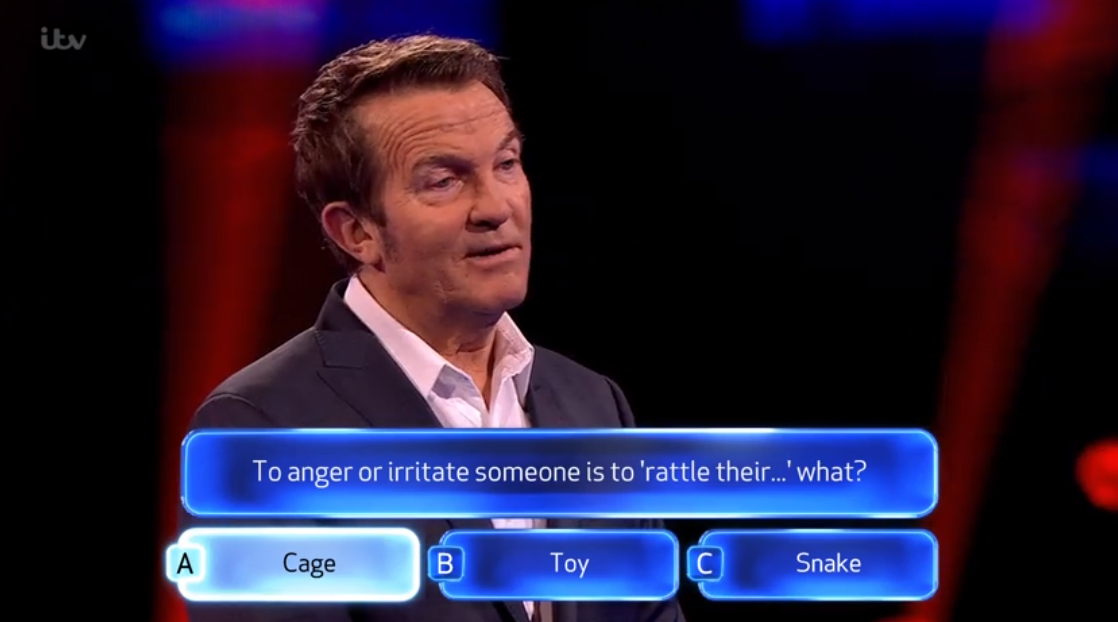 Contestant Usman faced the cash builder question; 'To anger or to irritate someone is to rattle their what?'

The options were 'A: cage, B: toy or C: snake' and Usman correctly answered A.

Bradley then cheekily joked: "I've had a lot of people annoy me by rattling my snake I'll tell you."

His comment amused viewers with one tweeting: "Rattling my snake lol #BeatTheChasers." 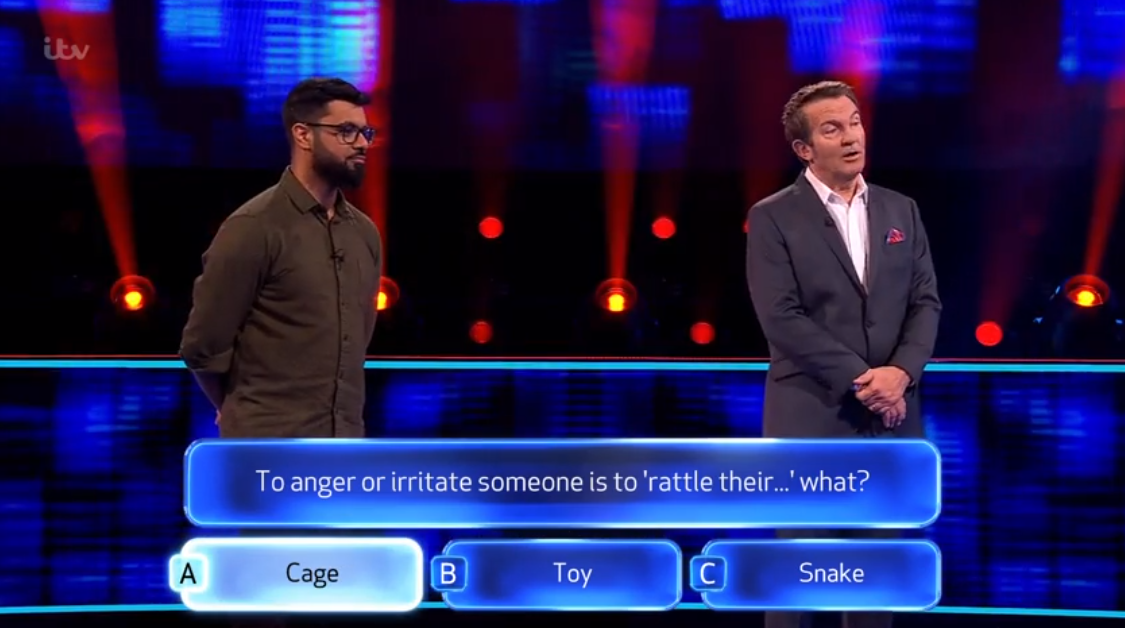 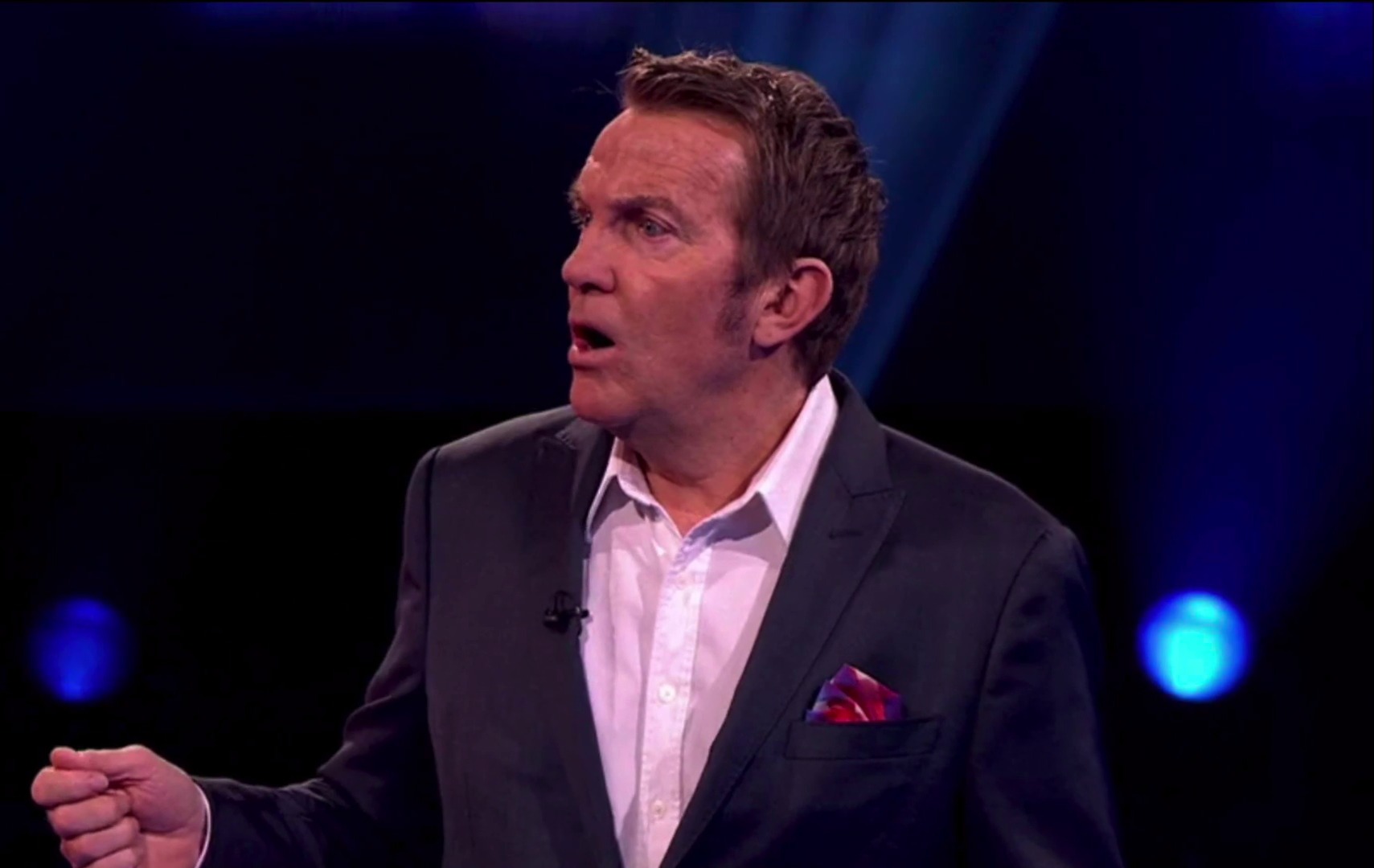 Another added: "Been a while since my snake was rattled."

Meanwhile, Bradley was left open-mouthed when another contestant called Caroline appeared and said the host used to taunt her when he was a footballer and she was a physio.

She told him: "I'm a project manager but that's not what I've always done. I used to work in football and you gave me some stick in the past."

Looking shocked, Bradley replied: "I did?" 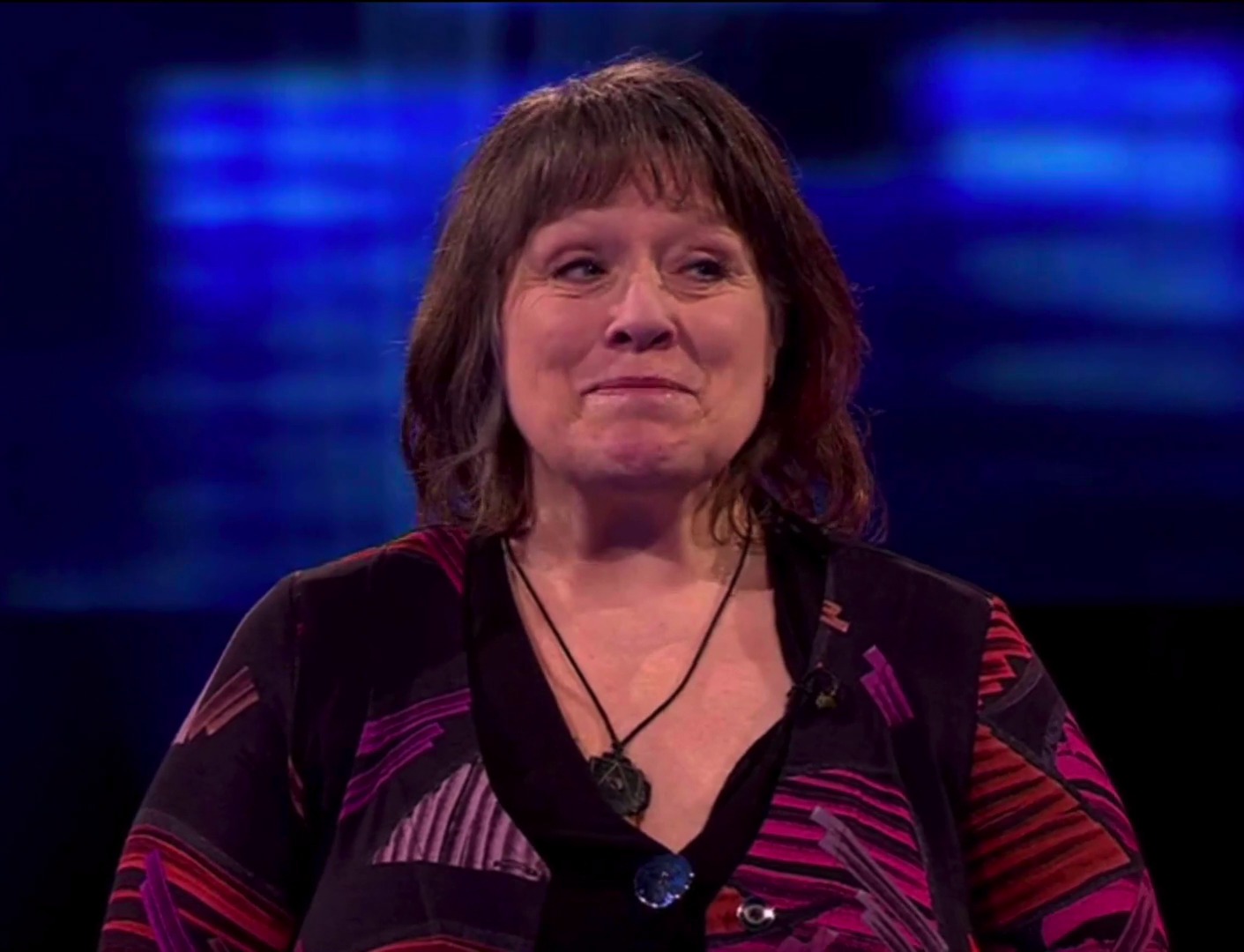 She replied: "I used to be physio at Wimbledon" to which he responded: "Oh my goodness, did you really?"

Caroline went on: "You used to tease me when I went on the pitch. You said the player would be dead by the time I get there."

Bradley, who played for clubs including Brentford and Barnet FC in his teens and early 20s, told her: "I'm so sorry."

Beat The Chasers is available on ITV Hub.