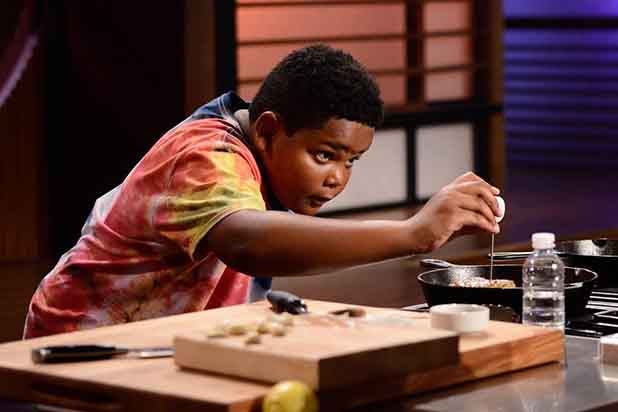 Former “MasterChef Junior” contestant Ben Watkins has died of a rare form of cancer at the age of 14.

“Our Ben went home to be with his mother Monday afternoon after a year and a half long battle with cancer,” Watkins’ family said in a statement. “After losing both of his parents in September 2017, we have marveled at Ben’s strength, courage and love for life. He never, ever complained. Ben was and will always be the strongest person we know.”

Watkins was diagnosed last year with a rare illness called Angiomatoid Fibrous Histiocytoma, a soft tissue tumor that primarily affects children and young adults. According to the Chicago Tribune, Watkins had tumors on his neck, lungs, spine and shoulder.

“We were praying for a different outcome,” his uncle Anthony Edwards told the paper. “But Ben’s lungs could no longer give him the air he needed to breathe. It’s been devastating.”

Watkins competed on Season 6 of the Gordon Ramsay-hosted cooking competition “MasterChef Junior” in 2018 and was eliminated in the fifth episode. Back in August, contestants and judges from the show put together a video tribute to Watkins to help raise money for his healthcare and education after his parents’ death.

After filming completed on the show, Watkins lost both his parents in a 2017 murder-suicide. According to the Tribune, Watkins’ father, Michael Watkins, 46, shot and killed Watkins’ mother, Leila Edwards, 43, before taking his own life in the family home. Watkins was 10 years old at the time.

“When Ben’s rare illness was shared with the world, he was so heartened by the outpouring of love he received from every corner of the globe especially here in his hometown of Gary, Indiana,” the family’s statement continued. “We cannot think this community enough for holding our family up in prayer and for all that you’ve done. Then suffered more than his share and his 14 years on this earth but we take solace in that his suffering is finally over and did that, in the end, then you he was loved by so many.”