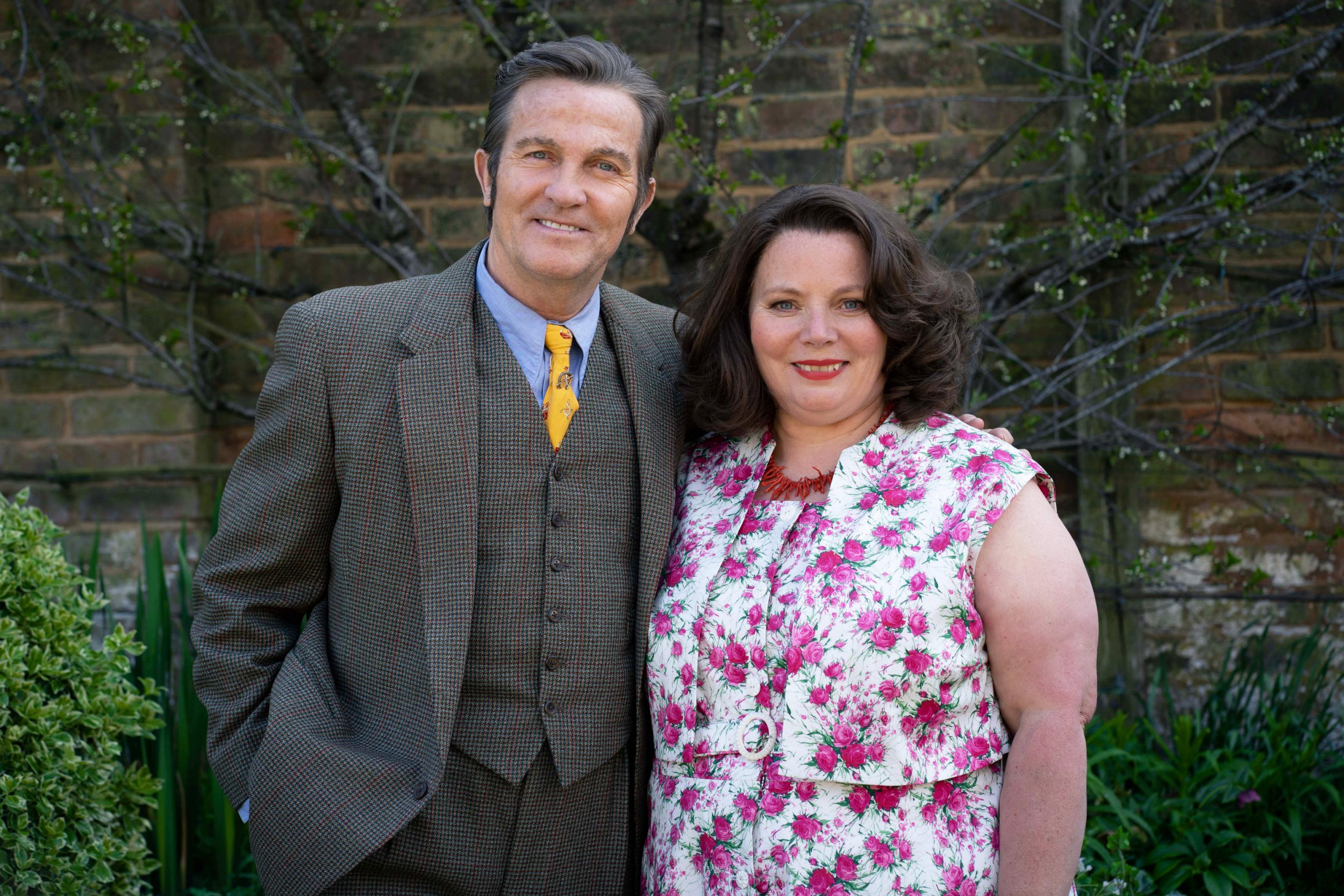 Bradley Walsh has sported a completely different new look for his upcoming ITV drama The Larkins.

The Chase host is set to star alongside Joanna Scanlan in the new drama, which will follow a working class family in the 1950s.

Bradley, 61, will star as wheeler-dealer Pop Larkin, with Joanna, 59, playing his wife Ma.

Rocking his new look in the first glimpse from ITV, Bradley has clearly embraced the sideburns and we’re completely obsessed.

However, things aren’t as simple as they seem after handsome new guy Tom Fisher (Stephen Hagan) arrives on the scene.

But Mariette may have plans of her own that have nothing to do with a new romance.

The six-part series is based on HE Bates’ novella The Darling Buds of May, with fans hyped for the new adaptation.

Meanwhile, Bradley’s son Barney will join him for an episode, with the 23-year-old appearing as a village policeman.

The presenter previously said of his new role: ‘I’m thrilled to be asked to be part of this much loved and iconic series of stories.

‘The warmth and affection that HE Bates has generated through his books is so uplifting and I cannot wait to be part of the Larkin family. It’ll be a hoot!’

It’s likely to be a step out of Bradley’s comfort zone after he made his name in roles like Danny Baldwin on Coronation Street, and most recently starring as companion Graham O’Brien in Doctor Who.

Elsewhere, he’s well known for his presenting on The Chase – but the star recently teased that we might not get to see him keeping the Chasers in line for too much longer.

Bradley spoke on the Sliding Doors podcast about being prepared to call time on his 40-year career.

‘You know what, in a couple of years time I won’t have to do any of it, I’ll be retired and that’ll be it,’ he said.

‘It seems like I’m on your screen all the time only because I cram everything in a certain area of the year. We make 210 Chases, 16 Celebrity Chases, 16 Beat The Chasers. It’s only actually 86 days recording,’ the star added.

The Larkins will air on ITV this year.