Home » TV & Movies » 'Breaking Bad' Star Krysten Ritter Once Revealed She Couldn't Get a Full Breath of Air in That Emotional Overdose Scene: 'I Wanted to Cry'

'Breaking Bad' Star Krysten Ritter Once Revealed She Couldn't Get a Full Breath of Air in That Emotional Overdose Scene: 'I Wanted to Cry'

AMC’s Breaking Bad has been off the air for a solid eight years but fans of the show are still talking about Jane Margolis’s tragic death. The role, played by Krysten Ritter, became a flagship turning point for Jesse Pinkman (Aaron Paul) and his complex relationship with Walter White (Bryan Cranston). A few stars have spoken out about how they felt filming Ritter’s final scene but it’s “Jane Margolis” herself who felt overwhelmed. 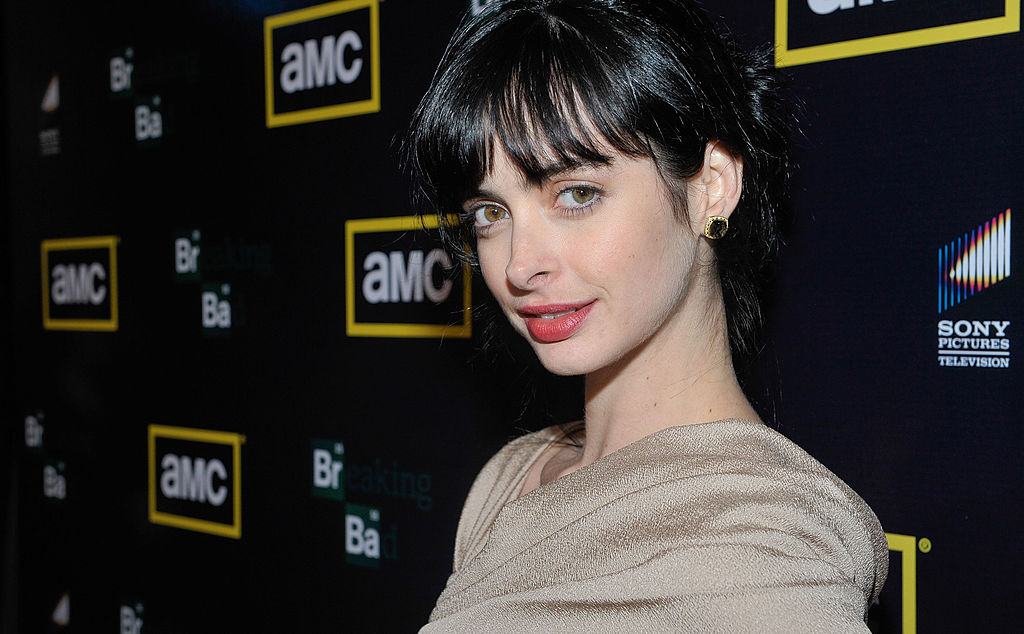 In season 2 episode 12 of Breaking Bad titled “Phoenix,” Jesse’s girlfriend/next-door neighbor Jane took her last breath. Leading up to those final moments, Jane took it upon herself to blackmail Walt for money she said was Jesse’s share of the [meth] profits. Her plan was to take the money and have them run away together but she hadn’t accounted for the shift from Walt to his alter-ego “Heisenberg.”

That night, Jane and Jesse celebrated with their heroine stash. Walt finds them the next morning just as Jane began choking on her own vomit. He could’ve saved her but chose to do nothing. Instead, Jesse awakened to a dead Jane.

The first version of the scene showed Jane as she “starts to cough and she’s on her side, and Walt looks at her, and pushes her shoulder so she’s on her back — essentially killing her,” creator Vince Gilligan revealed in 2018 to IndieWire.

The studio altered it so that Jane moving onto her back due to studio concern that the act would “turn” Walt too fast. The moments are the beginning of Heisenberg’s evil seeping through. Cranston said the scene was devastating to shoot, exposing his vulnerability.

“All of a sudden Krysten Ritter, doing a lovely job acting her heart out off-screen, choking on the mushroom soup that we gave her…in a split second her face lost all characteristics, and out of that came the face of my real daughter choking to death,” he said. “Even as I say it now, I get a little choked up about it because as a parent, that’s the only thing that scares me. That’s the risk — there’s my daughter choking to death and it scared the hell out of me.”

The episode wasn’t only tough on Ritter’s co-stars. She, too, underestimated the power of those scenes.

As Cranston’s character stood over Jane while she died, Ritter recalled being excited to shoot the scene — at first.

“It wasn’t really until we were shooting it that the whole death around the character hit me,” Ritter said via People TV’s Couch Surfing. “So, I knew I was gonna die. I’m reading the script, I’m like, ‘Cool, rock and roll, she dies. So fun!’”

“I was in an upper-body cast to protect me from Aaron pounding on my chest,” she said via Vulture. “The thing was pinching me, I couldn’t get a full breath of air, and I had this incredible actor on top of me losing his s—. I think at one point I said, ‘Aaron, I love you, but you can’t hit me this hard!’”

She continued: “I could feel his hot tears falling on me. I wanted to cry, too. It was overwhelming. I thought if I were dead this is what it would be like. Someone would be trying to revive me, people might be sad, shocked, scared (okay, maybe a happy ex-boyfriend or two). Imagining my real-life loved ones reacting to my own real-life death is intense.”

Ritter said it was a “scary and powerful thing” to experience.

“Even now, years later, I get a lump in my throat when I think about it — but it’s hard to know whether that comes from my experiences as Jane, my time as an actress on set, or my emotional reactions as a huge fan of the show,” she said.

Paul had nightmares about the scene

Cranston and Ritter aren’t the only ones who struggled with the scene. Paul told Conan O’Brien in 2016 that he used to dream as Jesse.

“Not in a good way, in a very violent, scary, scary way,” he said. “People running after me with guns. I would dream as if I’d wake up and I’d see Jane there, lying dead next to me. I’d try to revive her, and then I’d wake up out of a nightmare, I’m like, ‘Oh my god, that was a dream,’ and then it’s Jane again.”

Paul added, “As an actor, you try and force yourself to believe that situations are truly happening to you as the character. I was just so in that guy’s skin for so many years.”

All of this to say, it doesn’t matter how much time has passed. Breaking Bad is just as powerful as ever to the stars, and fans.