Brendan Fraser transforms into 600lb recluse in The Whale amid comeback 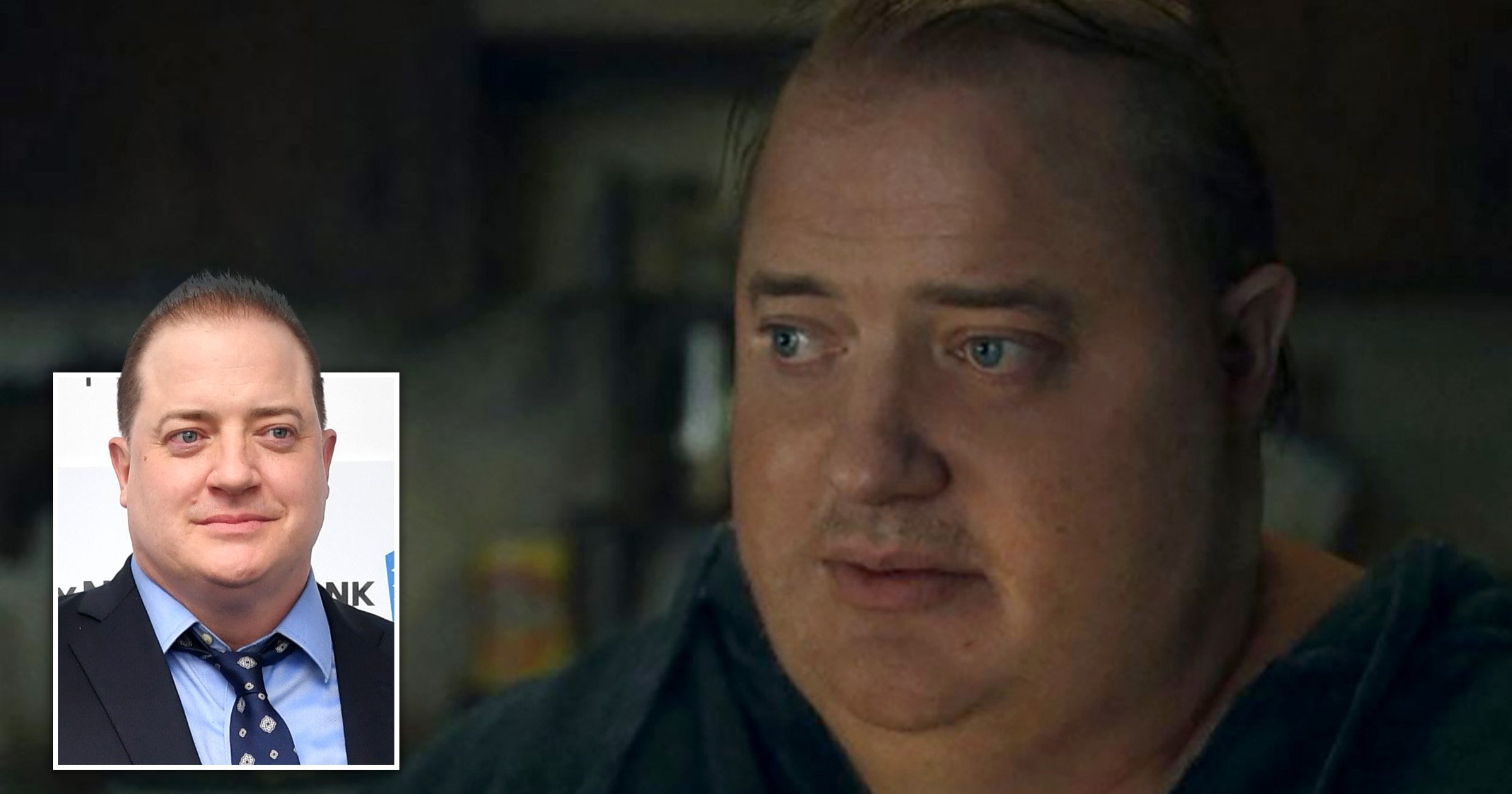 Brendan Fraser is finally making his return to blockbuster Hollywood after several years out of the spotlight, but he looks remarkably different to his former self.

The Bedazzled actor is set to star in Darren Aronofsky’s The Whale, a drama following a reclusive English teacher suffering from a compulsive eating disorder who tries to reconnect with his estranged teenage daughter, Elle (Stranger Things actress Sadie Sink). The dramedy is based on the play by Samuel D Hunter.

A first look for the upcoming film was released this week and shows Brendan, 53, as the lead character who is affected by obesity. The actor has clearly gone through an extreme transformation to portray the 600 pound man, appearing miles apart from his days playing action movie heroes in George of the Jungle and The Mummy.

Needless to say, fans were blown away by Brendan’s in-character look, with one tweeting: ‘Whoa… I was already going to see this, but now I’m fully invested. Let the Brendan Fraser renaissance continue!’

One fan agreed: ‘Brendan Fraser making his comeback as the lead in an Aromofsky movie from A24 that requires a lot of prosthetics and makeup just screams Oscar nomination to me. Hope that’s true, he deserves it.’

‘I cannot tell you how excited I am that Brendan is getting the chance to really sink his teeth into a role gooooooo king!!!’ another said.

It comes after Brendan warned fans that they would see him like never before in the film, which will have its world premiere at the 2022 Venice Film Festival.

‘It’s gonna be like something you haven’t seen before,’ Brendan told Unilad last year.

He added: ‘That’s really all I can tell you…The wardrobe and costume was extensive, seamless, cumbersome. This is certainly far removed from anything I’ve ever done but not to be coy… I do know it’s going to make a lasting impression.’

When his role in The Whale was announced in January 2021, the film was accused of being fatphobic by casting Brendan. Some were concerned that he would be wearing a fat suit, much like the actors who played the character Charlie on stage, and that his weight will be mocked or made a spectacle of.

The Whale marks Brendan’s first major movie role in several years. He did have a supporting role in 2021’s No Sudden Movie, directed by Steven Soderbergh, but his last leading role was in 2013’s action movie Breakout, which went straight to DVD.

However, he’s got a busy slate ahead as he’s also set to star in Martin Scorsese’s Killers of the Flower Moon, which will debut on Apple, and HBO Max’s Batgirl.

Brendan was a well-loved action hero in the 90s and early 00s with memorable roles in The Mummy, Crash and George of the Jungle to name a few.

The Whale is set for release this September.