Callum saves Ben, Vinny and Kheerat from death in EastEnders 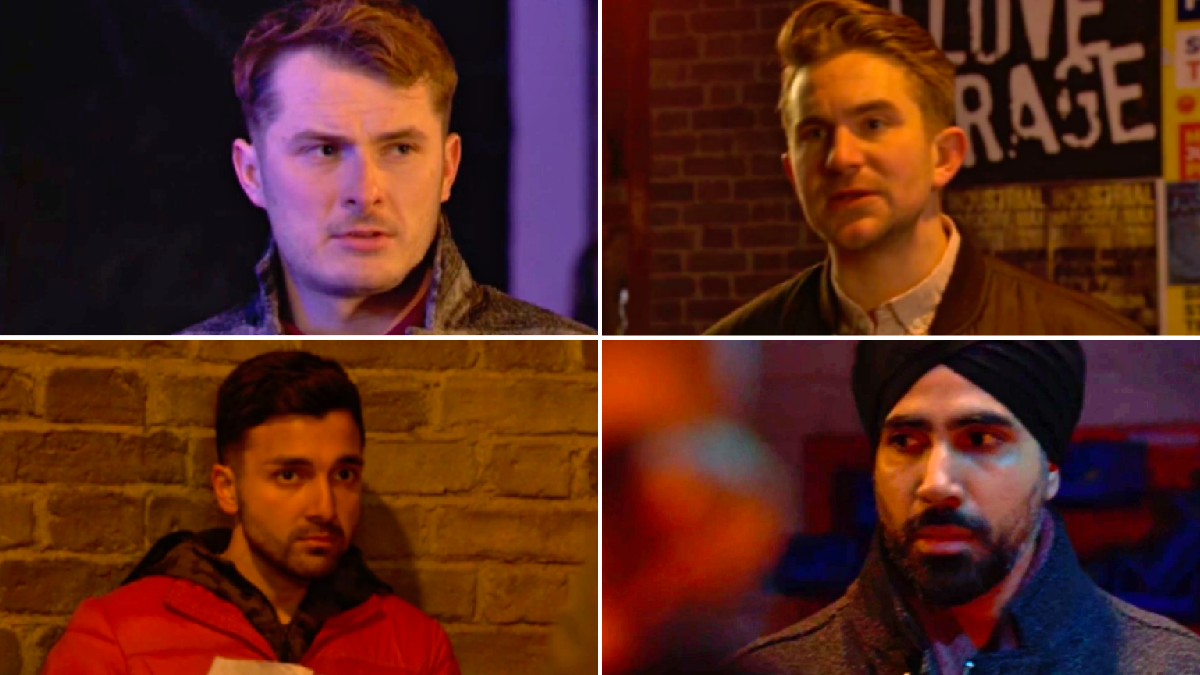 Callum Highway (Tony Clay) came to the rescue of Vinny Panesar (Shiv Jalota) in EastEnders tonight (March 2), and ultimately saved not only his life, but the lives of Ben Mitchell (Max Bowden) and Kheerat (Jaz Deol) in the process.

Fans of the BBC One soap were left in shock as Monday’s episode came to an end.

Ben and Kheerat found themselves being held at gun point by Stas (Adam Long), who demanded that they bring him his money, or else he would start shooting.

Kheerat had informed Vinny to head to The Arches with the cash, but little did they know that Vinny had been cornered by a group of thugs — led by the very thief who’d attempted to steal from the Minute Mart.

Tonight’s episode saw Vinny run for his life, and he managed to gain entry to The Queen Vic via the barrel store. Upon entering the bar, he found Callum, and asked for the young policeman’s help.

Callum provided Vinny with the help he needed, and therefore Vinny was able to head to the Arches and hand the money over to Stas — thus preventing blood from being shed.

However, Kheerat wasn’t too pleased when he realised that Vinny had spoken to a cop, and therefore claimed that from now on, the business would be being handled by him and only him.

Ben and Kheerat’s alliance got off to quite the start, that’s for sure!

EastEnders continues Thursday March 4 at 7:35pm on BBC One.

Join the community by leaving a comment below and stay updated on all things soaps at our homepage.