Home » TV & Movies » Can 'Stuber' or 'Crawl' Find an Audience Competing Against 'Spider-Man'?

Can 'Stuber' or 'Crawl' Find an Audience Competing Against 'Spider-Man'? 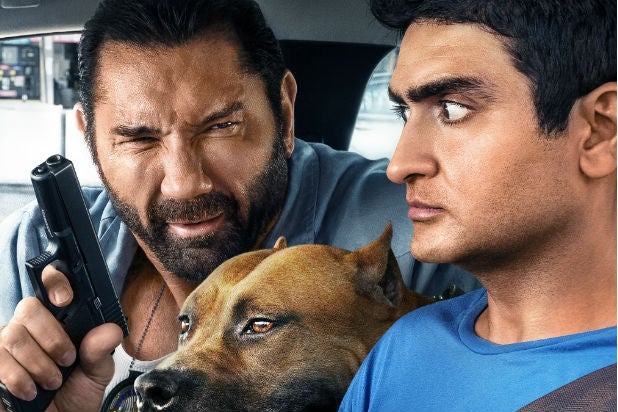 The new release slate for this weekend’s box office consists of two smaller budget films: Disney/Fox’s action-comedy “Stuber” and Paramount’s horror film “Crawl.” But in a month dominated by “Spider-Man: Far From Home” and “The Lion King” coming next weekend, it could be a struggle for either film to garner much attention.

“Stuber” is the third 20th Century Fox film distributed by Disney since the two studios merged this past spring, following “Breakthrough” and “Dark Phoenix.” It is also the first R-Rated film distributed by Disney in six years, the last being the DreamWorks/Participant Media biopic “The Fifth Estate.” Independent trackers are currently projecting an opening for the film at around $15 million. The film premiered at SXSW in March, and has received mixed reviews with a 44% score on Rotten Tomatoes.

For “Stuber’s lead star, Dave Bautista, the film marks a new stage in the actor’s rapidly rising career. Nearly 20 years ago, Dwayne Johnson made the leap from pro wrestling to acting with the help of an established blockbuster series in “The Mummy Returns.” In a similar way, Bautista has been able to rise even faster with the help of his performances in the Marvel Cinematic Universe and the James Bond series, as well as more cerebral roles in sci-fi films like “Blade Runner 2049” and “Hotel Artemis.”

Now, with his name established among audiences and a reputation as a strong comedic talent, Bautista is beginning a new push into leading roles in action comedies. In addition to “Stuber,” he is also set to star in the STX film “My Spy” in August. While neither of those films will be blockbuster moneymakers, they’re a signal that the former WWE star is now viewed by studios as a potential box office draw, one that can do both comedic roles like “Stuber” and more complex films like Denis Villeneuve’s 2020 adaptation of “Dune.”

Paramount will also release “Crawl” this weekend, a creature feature about a father and daughter (Barry Pepper and Kaya Scodelario) who must survive as a Category 5 hurricane brings not only torrential winds and a storm surge, but a horde of alligators as well. Paramount is projecting a $10 million opening from approximately 3,000 screens, with trackers projecting an opening in the low teen range.