The Black Panther star’s death shocked the world when it was suddenly announced a few weeks ago. Chadwick Boseman died on August 28, 2020, at the age of just 43-years-old. The actor had been privately battling colon cancer for the past four years and tragically took a turn for the worse.

But now Boseman’s final movie is to be released posthumously on Netflix.

Ma Rainey’s Black Bottom, based on the play of the same name by August Wilson, sees the late actor star opposite Viola Davis.

“Tensions rise between Ma Rainey, her ambitious horn player and the white management determined to control the uncontrollable ‘Mother of the Blues’.” 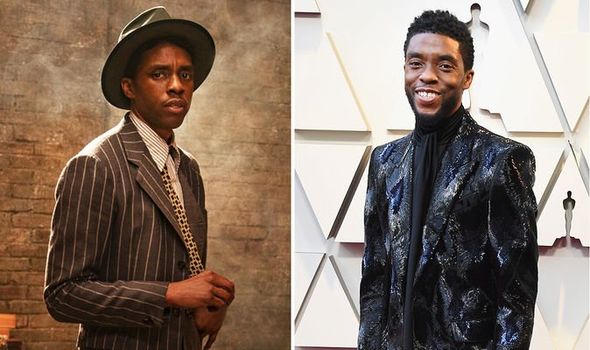 Boseman stars as trumpet player Levee, in a story dealing with issues of race, music and the exploitation of black artists.

Ma Rainey’s Black Bottom was shot last summer between June and August and the first images and release date have been shared by Netflix.

The film will hit the streaming service on December 18, which is perfect timing for Oscars season.

Viola Davis, who plays Ma Rainey, won the 2016 Academy Award for Best Supporting Actress after starring in Fences, another adaptation of Wilson’s work.

For that film, she starred opposite Ma Rainey’s Black Bottom producer Denzel Washington.

So who knows, perhaps this could movie could get Boseman a posthumous Oscar nod or even a win?

While Boseman’s other 2020 release in Spike Lee’s Da 5 Bloods is on 9-1. In that film, the late star played Stormin’ Norman, who perished in the Vietnam War.

Meanwhile, Marvel fans will get to see Boseman play Black Panther one more time in Marvel’s What If…?

The animated Disney+ series takes major moments from MCU movies and imagines what else could have happened across the multiverse.

This includes Boseman voicing T’Challa, but as though he became Guardians of the Galaxy’s Star-Lord instead of Peter Quill.

Black Panther II is set for release in May 2022 and no doubt the script is being rewritten after the passing of Boseman.

Marvel fans have been speculating just how they will handle his T’Challa for the sequel.

The most popular suggestion is that he’s not recast but dies off-screen and his sister Shuri becomes the new Black Panther.

After all, Black Panther is a mantle that is passed on, as it was from T’Challa’s father to himself.