CHARLOTTE Crosby stripped to her lingerie for a very cheeky video promoting a sex toy.

The former Geordie Shore star was sure to command many of her fans' attention with the risqué post, which she shared on her Instagram last night. 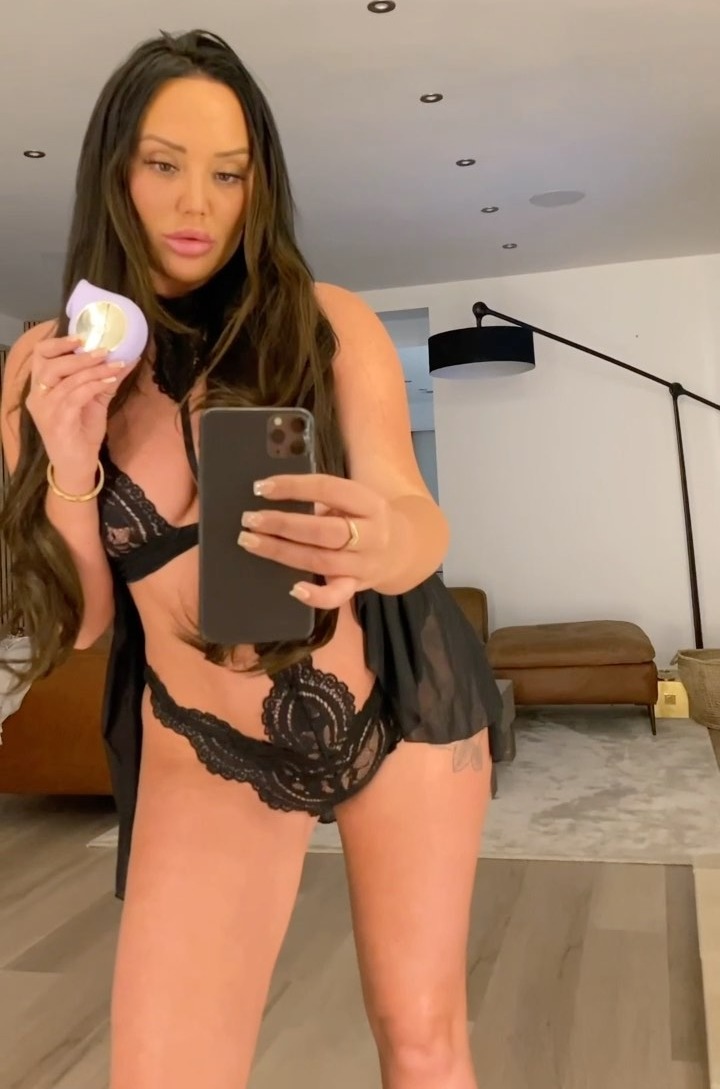 In the clip, the 30-year-old first posed in a short white robe before using a clever editing trick to reveal her standing in a daring lace body.

The reality TV star teamed the barely-there one-piece with a sleeveless chiffon kimono while her hair fell in a tousled style.

It was at this point of the video that Charlotte noticeably held onto a sex toy and cheekily told her 7.1million followers, "Time for some self love" while Nina Simone's song Feeling Good played.

Aside from the sizzling video, the star's caption had many of her followers blushing as she detailed female pleasure – although it's too rude to repeat. 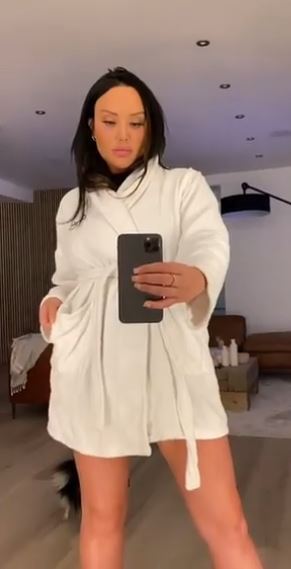 The star's saucy post comes after she insisted "vile and rude" Gemma Collins didn't deserve to be on Life Stories.

The Just Tattoo Of Us host made her shocking – and unexpected – comments on the GC on her Instagram Story last week.

Charlotte uploaded a shot of Gemma, 40, on the ITV series to her account, with the harsh words: "I can’t hold my tongue any longer.

"This women is the most rudest vilest women I’ve been in the same airspace of. 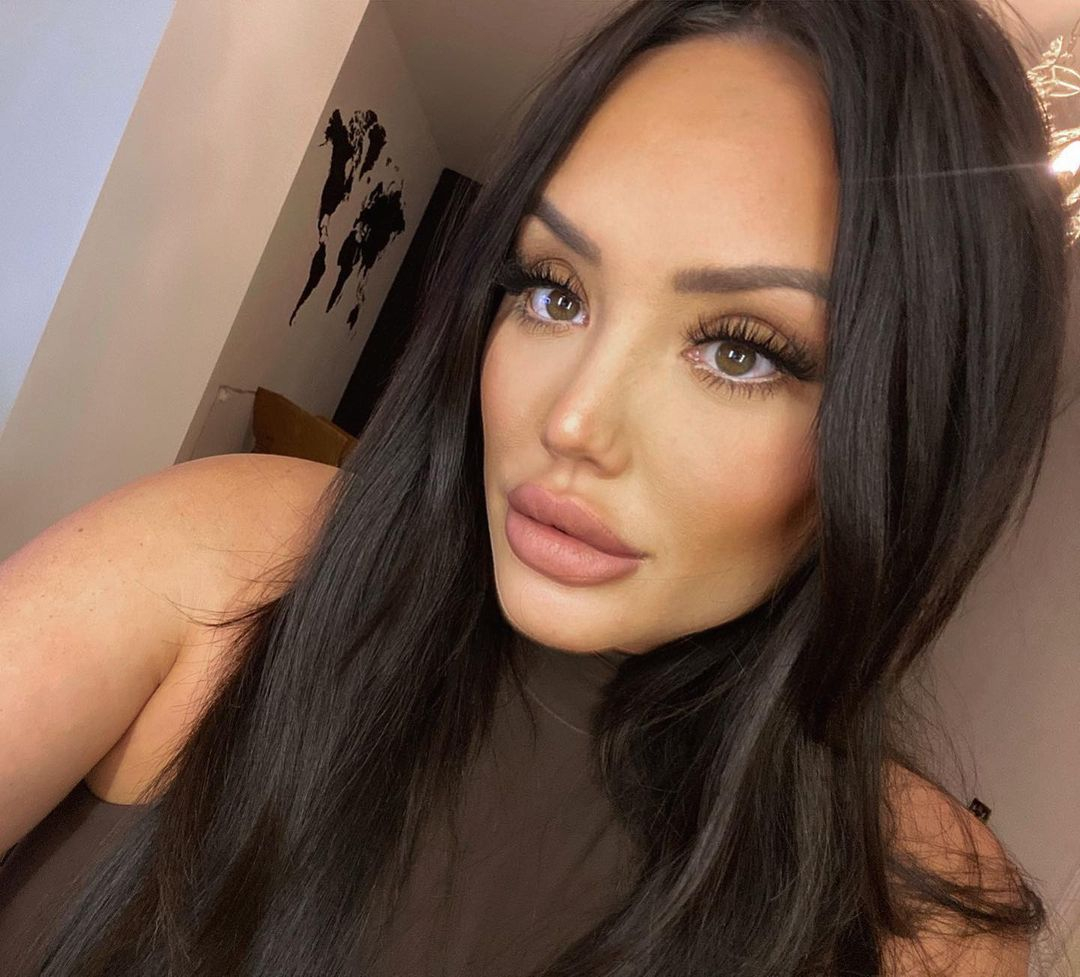 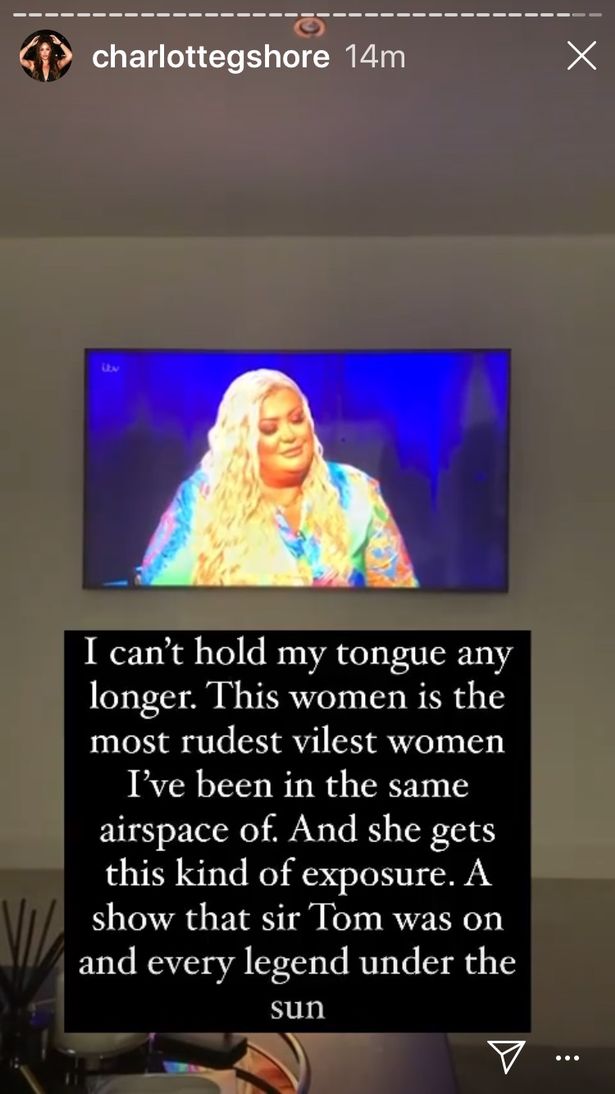 "And she gets this kind of exposure. A show that Sir Tom was on and every legend under the sun."

Continuing her rant, Charlotte added: "I’m sorry but. This needs to be said now. This women is vile!

"What had this girl done on TV but degrade everyone and act like she’s the dogs b***ocks. I have first hand witnessed her ABSOLUTE RUDENESS."

MTV star Charlotte is no stranger to calling out the conduct of her fellow celebs.

She revealed her secret "feud" with Love Island star Megan Barton-Hanson and admitted she felt "a bit strange" when she was blanked at a party.

The latest rant comes just days after Charlotte revealed her fury at seeing her fellow reality stars holidaying in Dubai during the pandemic.

Charlotte said that because her work means she follows people currently in Dubai – and seeing them live a normal life has got her upset.