ALITA: Battle Angel is the bonkers sci-fi spectacular with a plucky underdog spirit and a 200million-dollar budget. It makes very little sense but when the action is this spectacular and the lead so charming, who cares?

Meanwhile, the low-fi British comedy Eaten By Lions could hardly be more different — but is just as enjoyable in its own way. 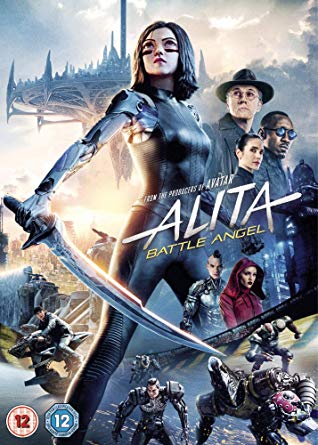 A PLUCKY underdog with a 200million-dollar budget? So many effects-driven epics are cumbersome and portentous. But this visually stunning, utterly nonsensical manga adaptation — masterminded by James Cameron and directed by Robert Robridguez — has a spunky exuberance that belies its bet-the-farm outlay.

That is in large part down to Rosa Salazar’s irrepressible heroine, whose empowering message of acrobatic ultraviolence will speak to all those cyborg teenage assassins out there.

In narrative terms, it’s a shambles. Plotlines are thrown to the wind; characters make key decision seemingly at random. Much of the dialogue is borderline nonsensical. But these feel like minor quibbles given the astonishing exuberance of the action and a future-world as lovingly realised as anything since The Fifth Element. (There’s a touch of Leeloo to Alita.)

Best of all, it knows when to end, coming in under two hours (just). Don’t try to make sense of it. Disengage your brain and smile at the shiny things. A dizzying, delirious, ridiculous joy. 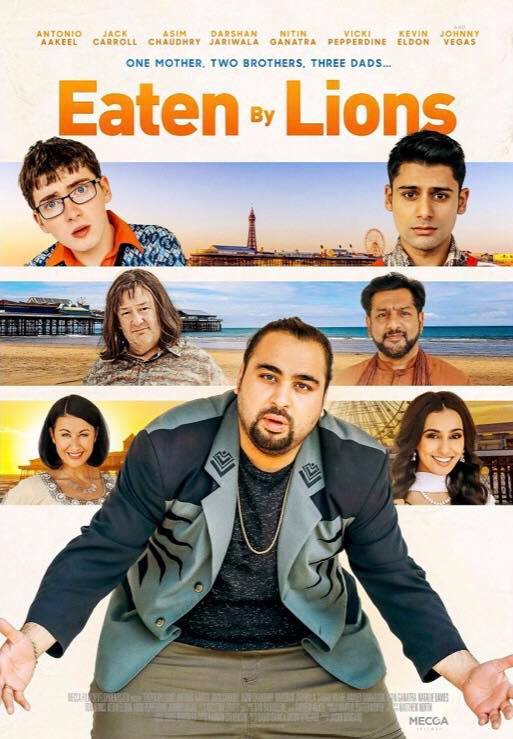 The young leads are well-paired and spark nicely, while Johnny Vegas and Kevin Eldon are among the veteran performers wringing every ounce of comedy from the slightly hit-and-miss script.

If the writing is broad and not all the gags land, Jason Wingard’s directs with a freewheeling ease that is very hard to resist. Meanwhile, Blackpool is fondly eviscerated in what doubles as a sly love-letter to the unique joys of the great British seaside. 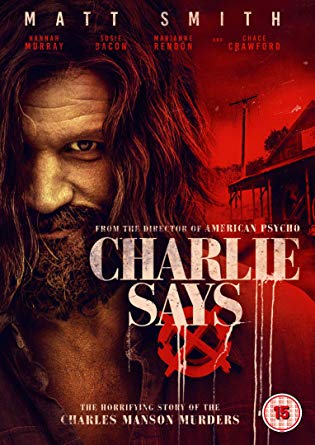 SADLY not a feature-length take on those creepy public information cartoons from the Seventies, or a Prodigy rockumentary. Instead, as cinema audiences brace for Quentin Tarantino’s Once Upon A Time In Hollywood, comes a sober, intermittently compelling study of Charles Manson’s malleable acolytes.

Matt Smith plays Manson with some of the manic charisma he brought to his Time Lord in Doctor Who. Merritt Wever, calling to mind a sort of budget Brie Larson, is the writer determined to unpick his followers’ obsession.

This does a better job than Zac Efron’s Ted Bundy movie (which supposedly wasn’t about Ted Bundy, but really was) of focusing on the women who fell for Manson’s two-bob messiah. It is primarily the story of an abusive relationship — isolation from the outside world; the arbitrary giving and withholding of affection; bursts of unexpected cruelty.

Director Mary Harron, who brought us the well-regarded American Psycho adaptation way back when, builds patiently towards the appalling, inevitable denouement. Though she doesn’t linger on the horror, the violence, when it comes, is suitably shocking. 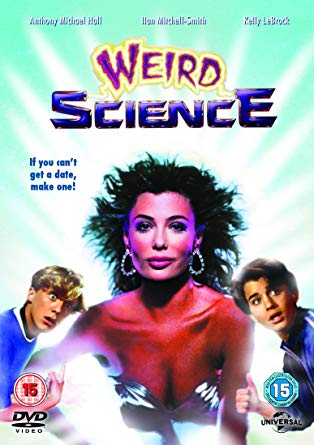 Kelly LeBrock is the perm-topped fantasy-woman conjured by wannabe Frankensteins Anthony Michael Hall and Ilan Mitchell-Smith with the assistance of their computer and a stack of Playboys.

As you might expect, the gender politics have not aged well, though LeBrock’s character is certainly the smartest. It’s the horrendous racial stereotyping that really stands out today. (Hughes has form in that regard.)

A few laughs have survived the ageing process and this will elicit a flicker of nostalgia in middle-aged blokes who enjoyed it the first time around. Plus there’s a young Robert Downey to gawp at and a decent title song by Oingo Boingo, fronted by Danny Elfman (composer of The Simpsons theme and countless Tim Burton scores).

Those pluses aside, this is of interest now mainly as a time capsule — a reminder of when smut was something you kept locked in a suitcase. And it’s since become clear there are far creepier things you can do with computers.

The Mermaid: Lake Of The Dead 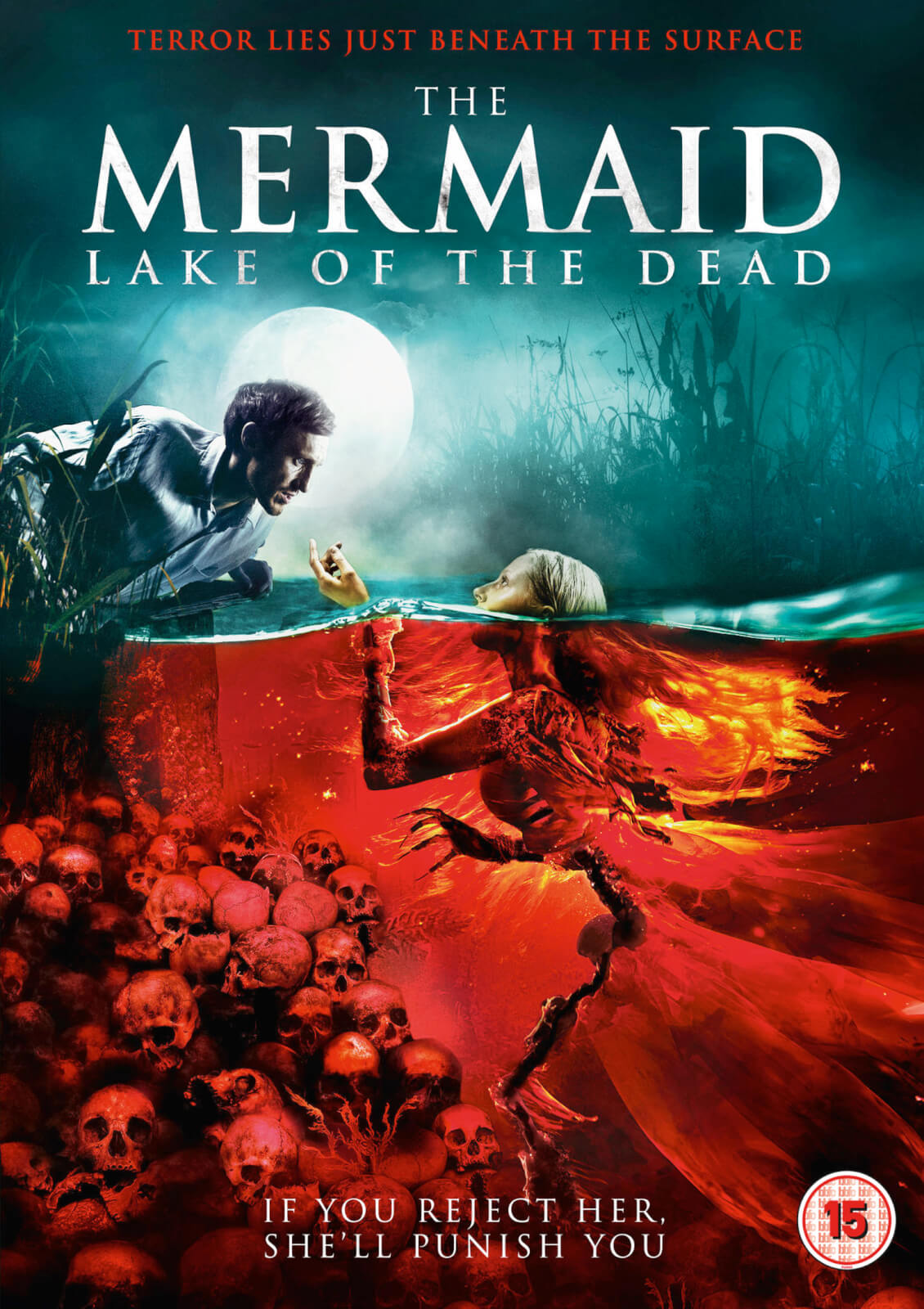 Aptly, given the aquatic theme, the heroine is called Marina. But scares are in short supply and the whispering-creepy-jumpy stuff is desperately repetitive, making for the wettest of damp squibs.