‘Chef’s Table: BBQ’ Carefully Captures the Artistry Beyond the Flames

The first episode of “Chef’s Table: BBQ” ends not with a dish, but a hand. As much as this continuation of the long-running food documentary series highlights the offerings of restaurants the world over, it has consistently foregrounded the people leading their part in a long culinary tradition.

As this new batch of four episodes keeps its focus on global barbecue efforts, they also take a blanket designation like “BBQ” and show the layers of subtlety within. This collection is a continent-hopping journey that shows how the lineage that results in meat on a plate extends far beyond the food itself.

With episodes led by different directors, these chapters end up in conversation with each other. Without offering a grand unified theory of BBQ, “Chef’s Table” can instead celebrate the styles and features that those in a particular region can claim as its own. There’s no attempt to quantify how authentic a Sydney-area fine dining grill is compared to a whole-hog specialty location in Charleston, South Carolina. Quality food is not the exclusive province of any location or price point, so the show tries to cut as wide a cross-section as it can.

Part of what makes “Chef’s Table” engaging as a whole is its willingness to concede that there’s a certain alchemic nature to food that makes it almost impossible to talk about. For as much as food writers and editors can insist how savory a particular cut of brisket or incarnation of cochinita pibil tacos can be, there’s always a line where putting that quality into words becomes ineffective. (Count the number of times when a dish is described as “ethereal” or something otherworldly.) 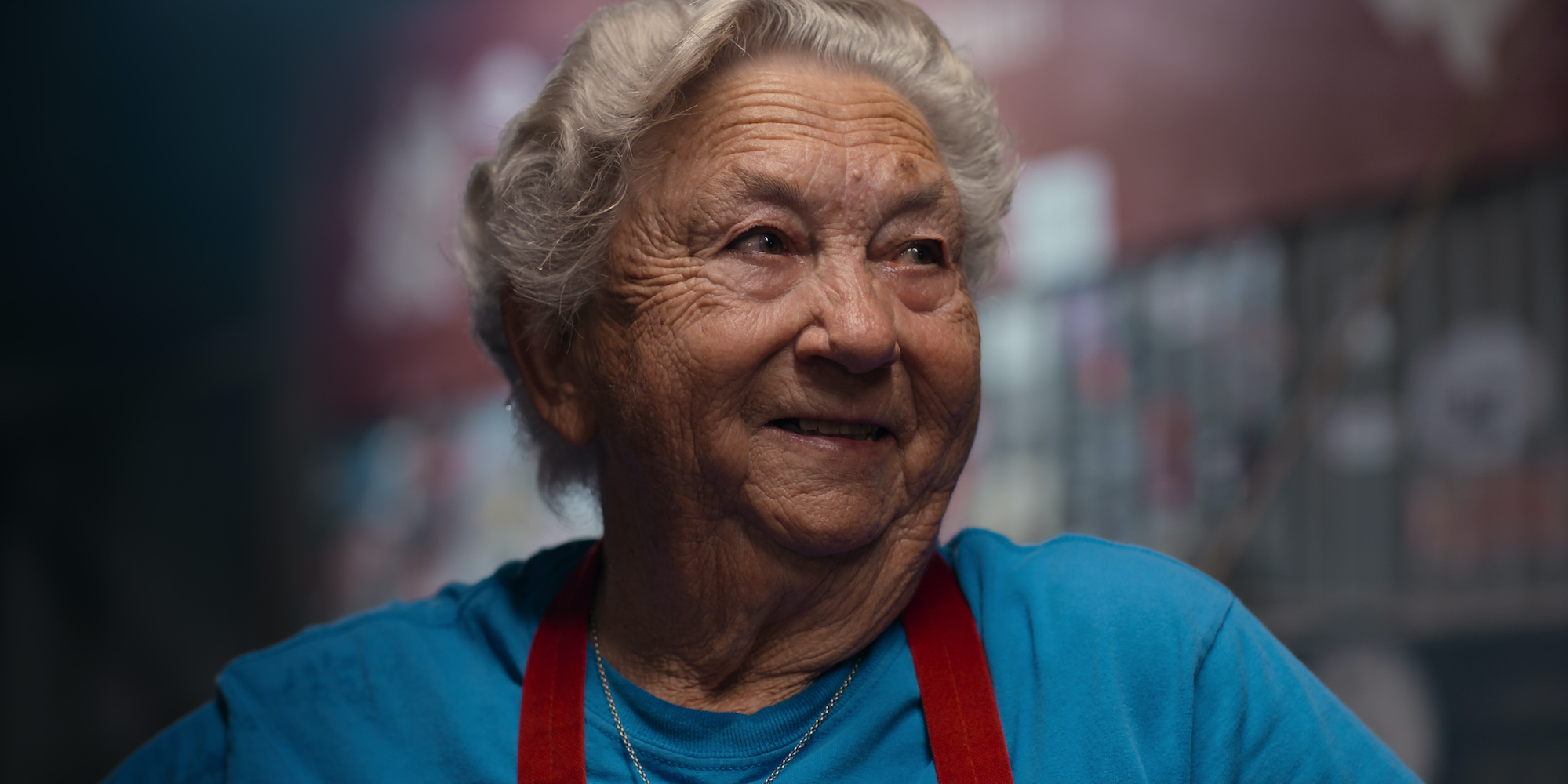 So the focus often resides on the people themselves, starting here with Tootsie Tomanetz, the pitmaster at Snow’s BBQ, a weekend destination in Lexington, Texas. Even if she can’t fully describe the granular parts of what makes her efforts yield such tender returns (“I can’t tell you how hot the pits are because I read it in my hands,” Tomanetz says), “Chef’s Table” does its best to show how hours of painstaking and meticulous work lead to the sweat that leads to meat ready to melt on your plate.

That’s conveyed via a well-established visual language that “Chef’s Table” has both adapted and pioneered for its own purposes. The slow-motion footage of waving utensils, careful plating, and delicate seasoning all blurs together to turn the process of making food into its own form of artistry. Whether it’s in Lennox Hastie’s oceanside fire pits or Rodney Scott’s mountains of pulled pork, “Chef’s Table” doesn’t just insist on these cooks’ respective geniuses — it gives you a set of windows into how they take some time-tested ideas and put them into a very specific practice.

Even amongst the kind of mythologizing that comes with putting different chefs and their signature dishes on this documentary pedestal, there’s a dose of reality in here, too. There’s a certain amount of reverence as experts talk about Hastie’s approach to dry-aging beef for half a year. It does not omit the fact that that process is essentially a controlled rotting. And for a number of these institutions, it’s not trying to disguise the fact that this food comes from the animals that cameras catch at auctions and in outdoor pens.

As with so many other Netflix series, there’s an undercurrent in “Chef’s Table: BBQ” that also argues for the power of media. A common thread to each of these cooking success stories is attention from TV and print tastemakers lauding their work. There’s an ecosystem in which restaurants and chefs can be made with a single high-profile ranking or profile or award. Though it’s addressed more than delved into, that extra attention can upset long-standing practices or relationships. By including those sentiments, it’s kind of a tacit acknowledgment that these episodes might wield that same unintended power.

But in including the praise of others, “Chef’s Table” also makes an argument that what separates these particular artisans is an innate culinary instinct. It’s not that they’re protective of their recipes or their processes; it goes back to that distinct form of indescribability. Rosalia Chay Chuc, in continuing a tradition of Mayan cooking that extends back nearly two millennia, operates an eatery out of her own house, fostering a reputation built in part on incomparable tortillas that are the product of decades of careful practice.

And while these episodes are explicit endorsements, they’re not designed as pure glossy advertisements for anyone on display. Another connecting bond between a few of these chefs is a strained family situation. For some, the chance to cook together offers an opportunity for catharsis and reconciliation. Others see that time invested in creating and maintaining a noteworthy food venture as the catalyst for creating some of those same problems.

Whatever the reason that separates these individuals, “Chef’s Table” tries to offer something universal. The pressure to perform in your chosen profession, the weight of keeping a tradition alive, the recognition of the role that fire plays in our pursuits, kitchen-related or otherwise: these are the fundamental things that this series continues to harness. In a time when our relationship to food and cooking is going through a significant reframing, this show is a reminder that food is inextricable from the chain of people who help bring it to a table, wherever that may be.

“Chef’s Table: BBQ” is now available to stream on Netflix.