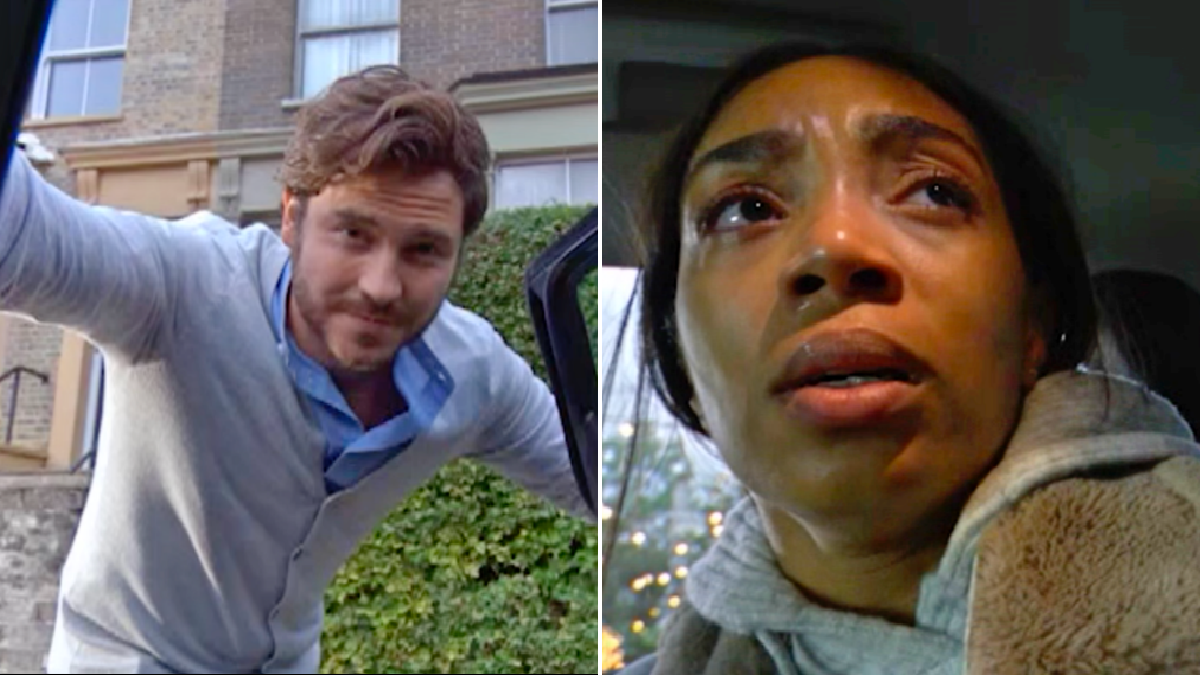 Chelsea Fox’s (Zaraah Abrahams) life is in more danger now than ever before in EastEnders, after Gray Atkins (Toby-Alexander Smith) worked out that she was hellbent on running away, and put a stop to her plans.

It was a traumatic 24 hours for the new bride, who discovered on her wedding day that Gray had killed his first wife Chantelle (Jessica Plummer), after Whitney Dean (Shona McGarty) showed her posts from a forum which proved such a thing.

Whitney, meanwhile, assisted in setting in motion a plan for Chelsea to escape, and Kheerat Panesar (Jaz Deol) offered to help as well, as he kept Gray busy for the whole of Boxing Day.

Chelsea, therefore, stole all the takings from the club while picking up her overtime, before hopping in a cab and setting off for the airport.

Zack Hudson (James Farrar), however, worked out that Chelsea had stolen the takings, and thus he confronted Gray, much to Kheerat’s dismay. Gray did some digging, and – working out that some of the jewellery was missing – he realised that Chelsea had done a runner.

Desperate to track her down, the killer headed over to the cab office, demanding that Harvey Monroe (Ross Boatman) give him the name of the driver who was taking Chelsea to the airport.

Upon realising it was Mitch Baker (Roger Griffiths), Gray called him, and pleaded with him to return Chelsea to Albert Square, claiming that she’s not very well.

Chelsea, meanwhile, was asleep in the back of the car listening to music, unaware of the danger ahead.

She was terrified, however, when she arrived back in Walford, as Gray exited No 1 and ‘welcomed’ her home.

With Gray now knowing she was intent on escaping, Chelsea is in more danger than ever.

EastEnders continues Monday December 27 at 7:30pm on BBC One.