We laughed a lot listening to ‘Mascot Sex’ 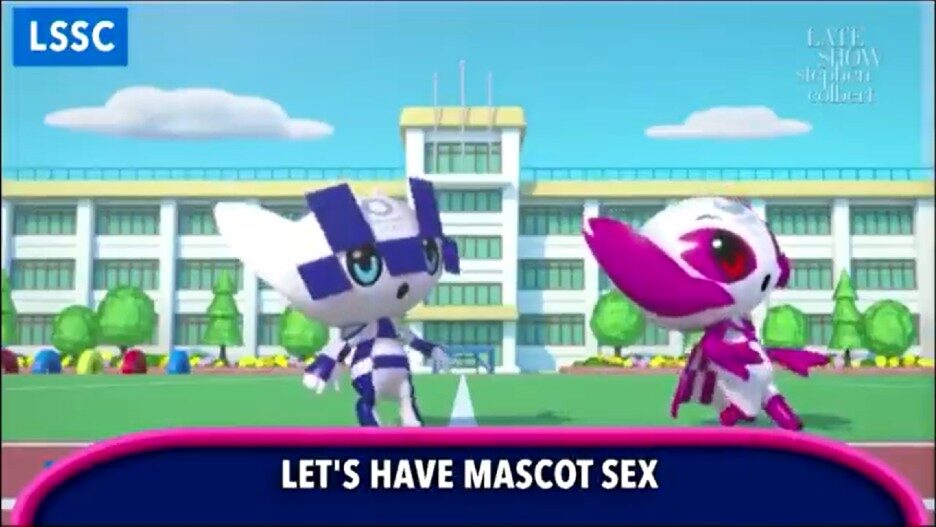 Thursday’s “The Late Show” kicked off with a pretty funny gag inspired by the huge amount of sex that tends to happen at the Olympic games. Specifically, the gag is a slow jam about the mascots for the 2020 Tokyo games hooking it up.

Now, some context for this is that as always, a ton of condoms are being distributed to Olympic athletes. Unfortunately, thanks to the still-ongoing COVID-19 pandemic, athletes are actually forbidden from boinking each other (or any other intimate contact not directly related to their sports). So they’ve been instructed to keep the condoms and take them home as souvenirs instead.

But the gag elides that context, instead beginning with a news clip of a report on just how many condoms get distributed at the average Olympic games — and then cuts to a non sequitur reference to Tokyo games’ two mascots: Miraitowa, repping the Summer Olympics, and Someity, repping the Paralympic games.

Then the song begins. It’s a pretty fun jam sung by “The Late Show” bandleader Jon Batiste, called “Mascot Sex.” And we bet you’ve figured out what it’s about.

You can watch the video below right now:

And if you need a further reason to watch, here are some lyrics: