Coronation Street: Abi is told that Seb has died from his injuries

Daisy (played by Charlotte Jordan Evans) tracked down Daniel (Rob Mallard) to try to persuade him against writing an exposé about the pyramid scheme she’s involved in, Double Glammy. But the manipulative Coronation Street character seemed to be flirting with Daniel, and viewers noted that the two looked good together. Could they become the next couple of the ITV soap?

Daisy has been involved with Double Glammy for a while, alongside Sean Tully (Antony Cotton).

But after Sean witnessed the devastating impact it can have on people who are conned by the scheme, he decided to call it a day and asked Daniel to publicise the dangers.

But Daisy had just convinced step mum Jenny Connor (Sally Ann Matthews) to buy the Rovers Return pub with her, so she will be needing the money.

Relying on Double Glammy to keep up the finances, Daisy is fuming when she finds out about the plan to tarnish the company’s name. 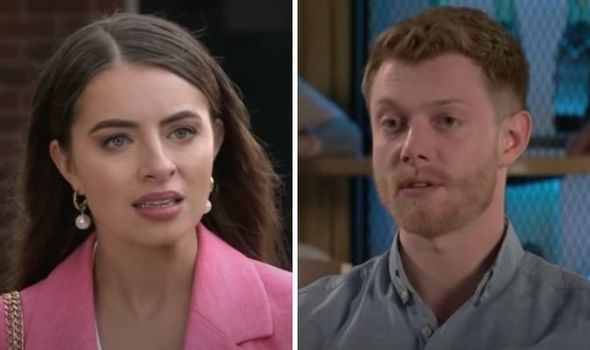 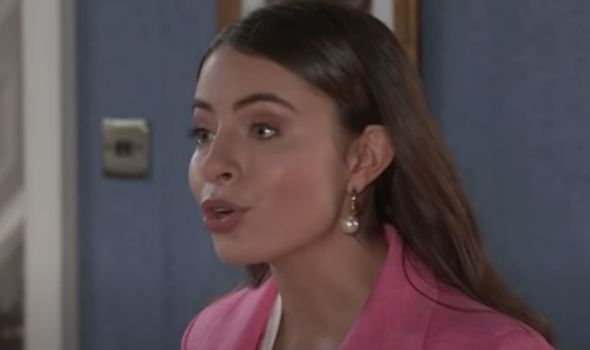 She stormed into a restaurant to talk Daniel out of writing the article, and the two had a lengthy chat.

“So, this is where you’re hiding,” she said. Daniel replied: “I’m not hiding.”

“Well you’re a difficult man to find,” Daisy stated as she took a seat opposite him.

“I’ve already tried the flat, your dad’s house, the café.” He commented: “You must want something really important.” 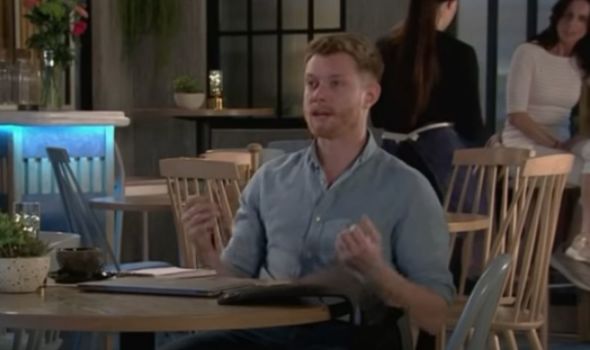 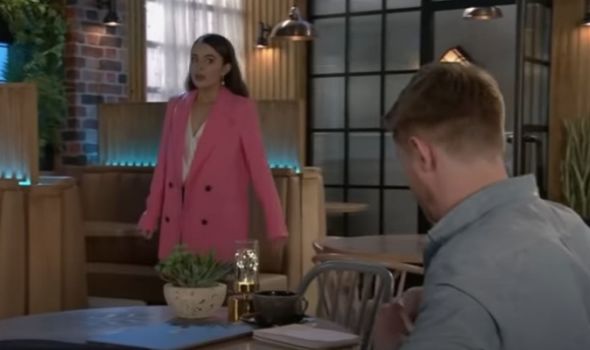 “I’ve spoken to Sean,” she explained. “And he tells me that you’re working on an article for the local paper that might be a little… critical of the Double Glammy business model.”

“I wouldn’t say it was critical,” Daniel replied. “More like condemning, denouncing, revealing it to be an evil, exploitative system that destroys peoples’ lives.”

Daisy flashed him a smile, adding: “I am part of that system.”

“I know you are,” Dan said. Viewers were quick to point out the chemistry between the two.

One took to Twitter to say: “daisy and daniel tho #corrie.” (sic)

Another predicted: “I can see Daisy and Daniel getting together #Corrie.”

A fourth penned: “Daniel and daisy are both odd but lowkey suit #corrie.”

Someone else penned: “I… kind of ship Daniel and Daisy #corrie.”

But could Daisy’s flirting all be a part of a plan?

It would be typical of Daisy to get close to Daniel just to stop him from going ahead with the article.

Unfortunately for her, she soon discovered it was already too late, and the article had been published.

Showing her the online story titled ‘Double Scammy’, he joked: “Or you can wait until the morning and read it in The Gazette.”

Daisy glared at him before getting up and storming out, as Daniel stared after her.

But despite Daisy not getting her way, could there be a future in store for the couple? Fans seem to think so.

Coronation Street continues on Tuesday at 8pm on ITV.