Daisy (played by Charlotte Jordan Evans) has been all for Jenny (Sally Ann Matthews) leaving Johnny (Richard Hawley), to the point she pushed her to have an affair while Johnny was in prison. It was clear to viewers of the ITV soap that there was something between Jenny and Ronnie (Vinta Morgan) and the pair spent the night together. Coronation Street meddler Daisy found out and seemed delighted. Ever since Johnny got back to the cobbles, she has been making digs about the affair and trying to get Jenny to come clean to Johnny. Could her willingness to destroy the relationship be because she wants the Rovers Return pub for herself?

Frustrated viewers have come up with their own theories as to what Daisy could be up to.

Taking to forum site Reddit, one fan suspected that Daisy is after the Rovers, which is owned by Jenny and Johnny.

They said: “I’m so sure she’s going to end up owning the Rovers somehow.

“I’m probably hugely wrong, but there’s just something despicable about her that makes me think she’ll end up in a position of power.” 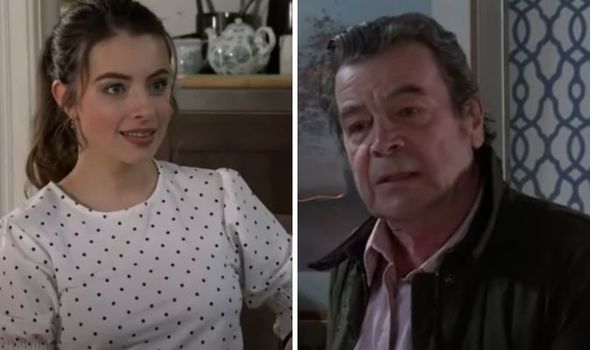 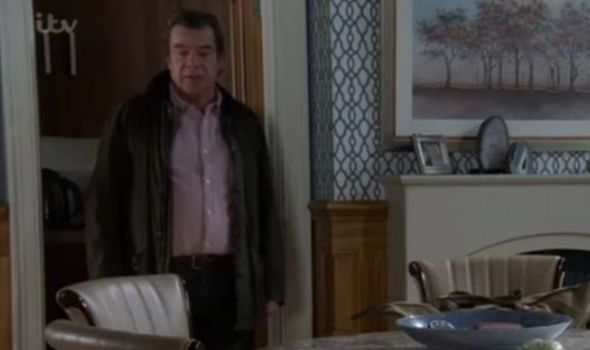 And others have also noticed the potential plot. Taking to Twitter, one fan said recently: “Probs loads more to come with Daisy. Dunno what yet, but maybe sting money from Jenny @SallyAnMatthews or try for the Rovers #Corrie #CoronationStreet . Spoil Jenny’s life somehow?”

Another penned: “i’ve just realised jenny selling the rovers is gonna have something to do with daisy.”

“What is Daisy’s game #Corrie She’s had her own agenda from the beginning.

“She’s not out to support Jenny she’s out to destroy her as some kind of payback/ revenge. She’s put a spanner in the works since she arrived,” another posted. 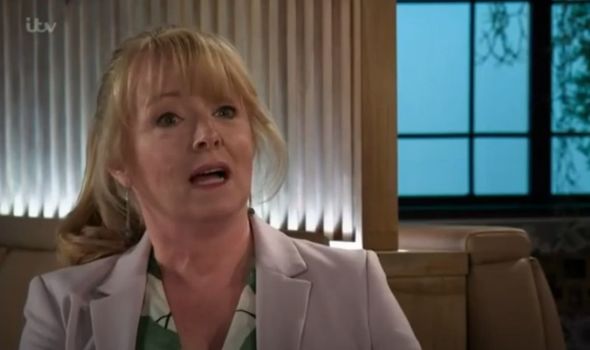 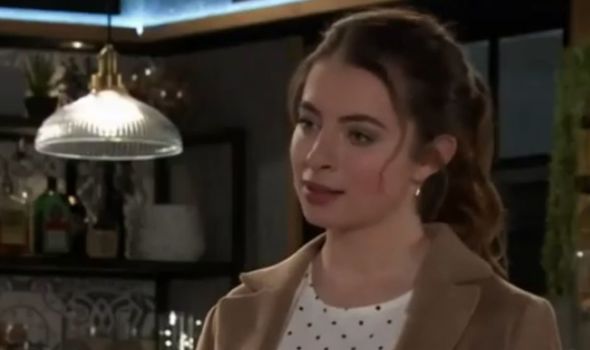 Agreeing with the post, another fan wrote: “I could see that happening.”

Daisy had certainly been acting manipulative towards Jenny.

While trying to work out what had gone on between her and Ronnie, she said: “Tell me what happened.”

When Jenny didn’t respond, she threatened her, stating: “Tell me, or I’ll ask again in front of the whole pub.”

“I’ve done something really stupid and now I don’t know what to do,” Jenny admitted.

Smiling, Daisy said: “You snogged him! I knew it.”

Working out what had happened, Daisy sniggered: “Oh – you didn’t?”

Since then, Daisy’s interference in the relationship got even worse, and viewers started to wonder why she wanted the two to break up so much.

Could it be because she’s after the Rovers? Daisy is cunning and seems to have a plan in mind, and living and working with Jenny at the pub, she might see it as an easy way to get the couple to sell the pub and somehow take control of it for herself.

After putting up with days of Daisy’s comments and hints about Ronnie, Jenny had had enough and warned Daisy she would kick her out if it carried on.

She said: “What exactly are you up to with your snidey remarks to Johnny?”

“Well, I do think Ronnie’s special, and obviously so do you,” she replied.

Jenny fumed: “Is this a joke to you? Because I love Johnny and I’m glad he’s home.

“So I’m warning you, any stirring on your part, any innuendo, any attempt to push us apart, and you will be out on your ear quicker than you can flutter those eyelashes.”

Unfortunately, scheming Sharon Bentley (Tracie Bennett) found out about the affair, and after threatening Jenny, the latter revealed all to her husband.

It’s looking likely that the pub may be sold, which would give Daisy the opportunity to get more involved in the Rovers.

Are fans correct in thinking the calculating woman is hoping to run the Rovers?

Coronation Street continues on Monday at 7.30pm on ITV.