Gary (played by Mikey North) has been taking a back seat on Coronation Street of late after he was released from prison a few weeks ago. It seems being behind bars has changed the troubled character, as he wants to redeem himself and make amends for his past wrongdoings. However, he could be lured back to the dark side, as he was blamed for a crime he didn’t do during Monday’s hour-long edition of the ITV soap. Realising who was behind the kidnap of Sam Blakeman (Jude Riordan), the former villain could kill again.

The drama began as Sharon Bentley (Tracie Bennett) desperately tried to cover her tracks as she discovered Jenny Connor (Sally Ann Matthews) knew about her connection to drug lord Harvey (Will Mellor).

Viewers will know the troublesome character orchestrated Sam’s kidnap to lure Leanne Battersby (Jane Danson) out of hiding, as she had gone into witness protection for giving evidence to the police about Harvey.

Sharon’s plan worked, but in the process, she got Gary implicated as he inadvertently worked with the man who kidnapped Sam on the same afternoon.

As the walls began to close in on Sharon, the former super-villain was contemplating his future in Weatherfield and how he could have played a part in the death of Seb Franklin (Harry Visinoni).

Sitting down with his estranged wife, Maria Connor (Samia Longchambon), Gary said: “Just [heard from] a mate I haven’t heard from in a while.” 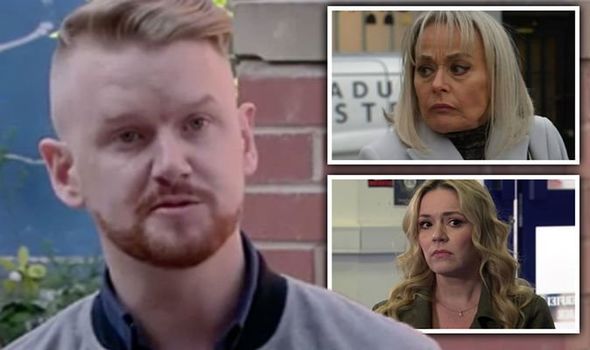 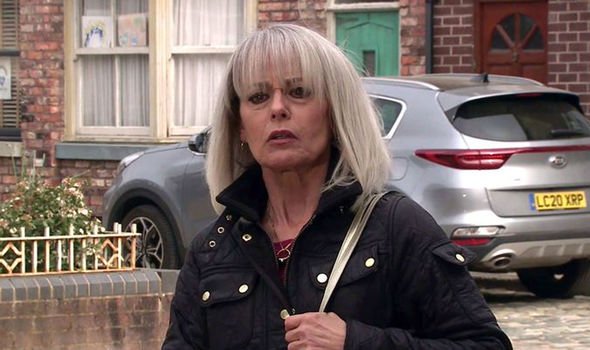 “He’s got a job for me and not that kind of job, I’m done with that now,” he said, stating his criminal past and days of killing people were behind him.

“Look, for what it’s worth, I think it’s great you’re starting over,” Maria replied, as her estranged husband became more serious in tone.

“I can’t stop thinking about that game Mouse Trap. What if Seb is the mouse? And I’m the boot that kicks the marble down the stairs?

“What if I started this whole chain of events? If I hadn’t got involved with Rick [Neelan -Greg Wood], if he hadn’t disappeared, Kelly [Neelan – Millie Gibson] would still have a dad.

“And she wouldn’t have come around here asking questions and Seb might still be alive,” the former super-villain explained. 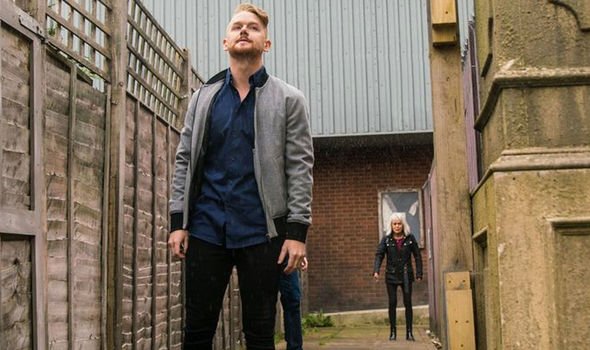 I’m done with that now

Maria replied: “Flipping heck, Gary, that’s a lot of what-ifs. You can’t hold yourself responsible for what Kelly did.

“And if anyone has set this whole thing off, it’s Rick. He’s the bad guy, not you,” she told her estranged husband.

“You’ve changed your tune,” Gary remarked to which his other half said: “Don’t get me wrong, you’re still a boot but you’re just not that boot.”

As the former love birds began to reconnect, the former super-villain spotted Natasha Blakeman (Rachel Leskovac) in the distance.

“How’s your Sam doing?” he asked the mother-of-one, to which she snapped back: “How do you think?” 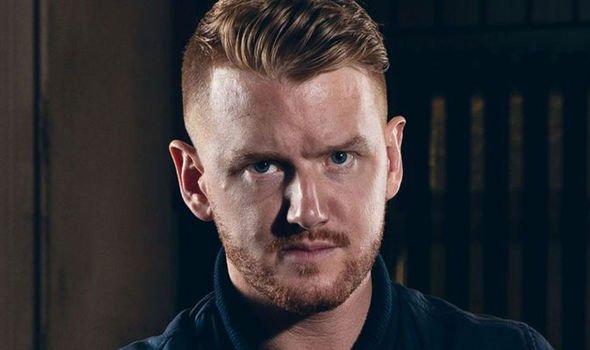 “I don’t know, that’s why I’m asking,” Gary said, as Natasha explained: “He was kidnapped by a white van man that you were using.”

“I thought that was an accident?” he asked, with the angry mother telling him: “Well it wasn’t. And if I find out you had anything to do with it, I’ll do a damn sight more than lock you up in the back of a van.”

Seeing the concern in Maria’s face, the former super-villain remarked: “I’ve got no idea what she is talking about.”

“Not that bloke, who works for you?” his estranged wife said as she seemed unconvinced by her husband’s explanations.

“He was doing a job for Sharon and I asked if I could borrow him to move some furniture. I’ve never seen him before in my life,” Gary declared.

“I’m done with all that now,” he added, reiterating the fact he is putting his criminal life behind him, but Maria still wasn’t buying it.

The hairdresser said: “Whenever there’s trouble, you’re right in the centre of it, aren’t you. Gary, I want to believe you, I really do.

“You just make it so flipping hard,” she continued before walking off but Gary was approached by Jenny who told him Sharon was connected to drug lord Harvey.

By the end of the episode, he was trying to get some answers about the troublesome character and asked lawyer Imran Habeeb (Charlie De Melo) if he knew anything.

Imran explained he had reported Sharon to the police and that she would be arrested for working with the drug gang.

The camera stayed on Gary’s face, as he seemed the angriest he had been in a long time, so could he be lining up Sharon as his next victim?

Later this week, the pair will come head-to-head when everyone learns just how dangerous Sharon has become lately.

As she and the former super-villain have crossed words, a gunshot is fired and it is likely there will be a casualty.

However, could it be Sharon who is left for dead as Gary lets his villainous side take over? And will the number of people he has killed increase?