Simon (played by Alex Bain) has found himself embroiled in the dark world of drug-running after meeting newcomer Jacob Hay (Jack James) in recent weeks on Coronation Street. With Leanne (Jane Danson) still struggling with her grief, which has resulted in troubles with money, the youngster has got deeper into the criminal world. However, when it seems his mother is being tormented by a fraudster in upcoming scenes on the ITV soap, the teenager takes action to help her but ends up being attacked in the process. With a history of anger, will the youngster let his emotions get the better of him as he claims his first victim?

The drama begins when Leanne books a session with a psychic called Crystal Moon but is wary about her son finding out.

His suspicions are raised, however, when he walks in on his mother abruptly ending a phone call but the youngster soon puts the pieces of the puzzle together.

When he arrives home after a shift at the fish and chip shop, he sees Leanne holding a picture of her youngest son and watching a psychic on the TV.

Instantly, the teenager is concerned as he doesn’t want his mother to be taken advantage of in her vulnerable state.

Soon, he finds evidence the beloved character has been wasting money on calling the woman who believes she can make contact with Oliver Battersby (Emmanuel and Jeremiah Cheetham) from beyond the grave. 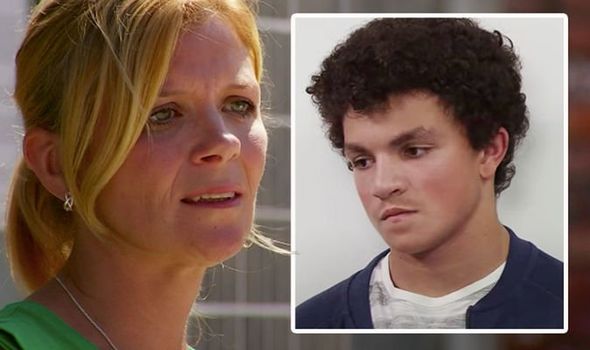 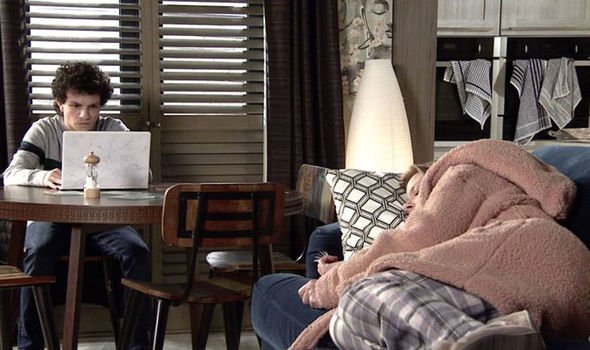 Breaking down, the mother-of-two admits her grief is only getting worse because of what the psychic has been telling her.

With the person he believes to be tormenting his mother playing tricks with Leanne’s mind, Simon keeps his wits about him.

It’s not long before his mother starts to notice feathers scattered around the cobbles and thinks this is a sign from her deceased son.

When she shows them to her partner Nick Tilsley (Ben Price), he becomes worried about his lover’s state of mind. 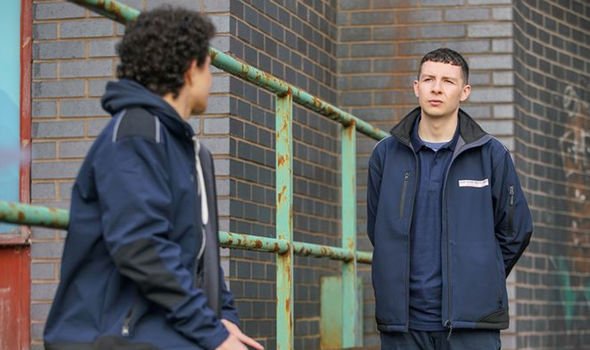 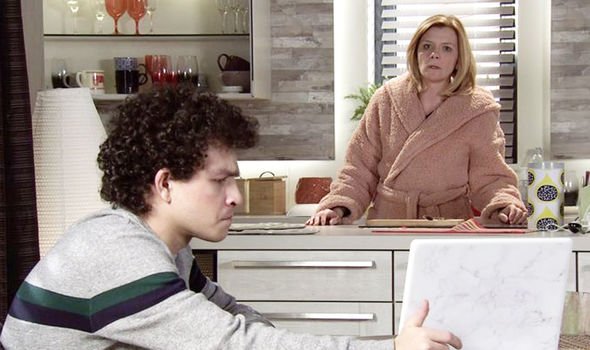 It’s never been this serious

Simon has a different take on the matter as he is happy to see his mother getting some comfort from the feathers.

When she drops one of them outside, however, chaos ensues as she finds herself in direct line of a van Mary Taylor (Patti Clare) is driving.

Leanne avoids being run over but soon, Brian Packham (Peter Gunn) is handing her a bag of rubbish her eldest son had left in the recycling bin.

Within the bag, she finds a ripped pillow, with feathers flowing out of it and suddenly realises the teenager has been duping her.

Furious with the youngster, Leanne attacks him as she slaps him around the face for betraying her in such a way.

Having now found himself in his mother’s line of fire and also being pushed to deliver more drugs, Simon could be at breaking point.

However, will he make one of the biggest mistakes of his life by accidentally killing his mother as he lashes out at her?

The youngster does have a past of being violent, having previously assaulted Leanne some years ago as he struggled with the trauma in his life.

Leanne kept his violence towards her a secret before he went too far and she ended up in hospital as a result of an attack.

Simon sought counselling and help for his actions and in the last few years, he has become more respectful towards his mother.

Though, it could be the pressure from the drugs ring and his mother hitting him which might see him relapse.

The actor who plays Simon, Alex, 19, has addressed his character’s new storyline in a discussion with Express.co.uk and other publications.

Alex explained: “I’ve had storylines based on me before, but I think this is the first one where I’ve gone: ‘Oh. This is truly all about me. This is all about my character’s struggles’.

“So when I was first told about the story, I was excited. I was all for it. I was ready because I was wanting to set myself up as an actor.

“[Simon] is going to get too deep into things that he doesn’t even know exist. He’s been in similar situations before with gangs and stuff, but it’s never been this serious.

“The stuff before was so much lower in severity, than it will be with this story,” the soap star said, so could Leanne’s death take his character’s development to the next level?