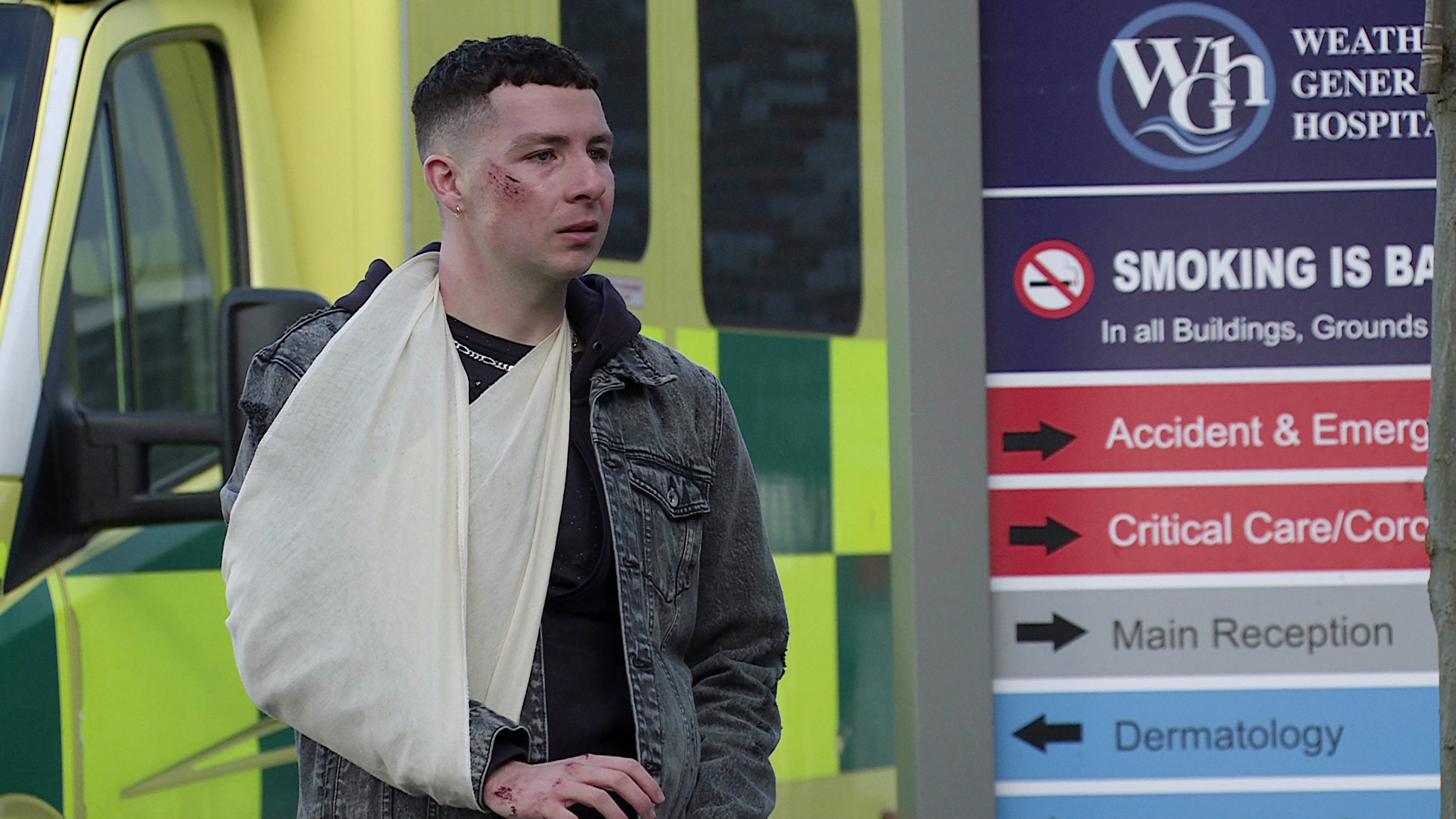 Coronation Street‘s Jacob Hay will be back on our screens in upcoming scenes, but will he be up to his old tricks, or has the character turned over a new leaf?

He soon, however, disappeared off screens after drugs baron Harvey Gaskell (Will Mellor) took revenge on him, leaving him in hospital.

The character made a brief return on Friday November 26, when he encountered Kelly Neelan (Millie Gibson) on the streets, and he will be back in a more regular capacity next week.

Amy Barlow (Elle Mulvaney) encounters the troubled youth outside of the hospital, and he’s sporting a sling. He approaches, and claims that he’s turned over a new leaf, having got out of the drugs game.

But Amy’s not interested, as she tells him to stay away.

The obvious question here is: is Jacob being honest when claiming to have left the dodgy world of drug-dealing in the past?

‘He is trying,’ the star told Metro.co.uk. There’s a definitely naivety when he first comes back, he always expects people to forget about the bad things he did because he has decided to change.

‘At the end of the day, Amy and Simon are cousins so she is bound to be extremely hostile to him.

‘He is struggling to see the light at the end of the tunnel, he feels rejected not to be accepted. It’s going to be a long journey.’