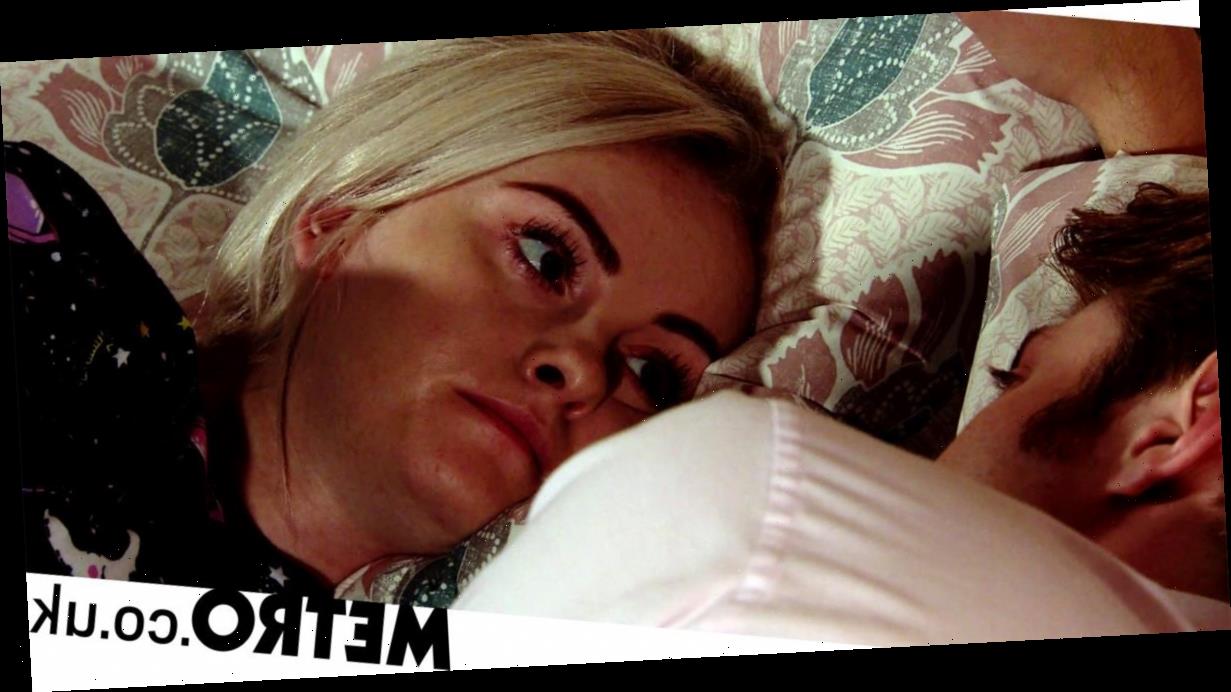 Sinead Osbourne (Katie McGlynn)’s heartbreaking story on Coronation Street is moving into its final phase now, as Sinead learns that her cancer is so advanced she has only weeks to live. As the story builds up to its tragic climax, it’s worth looking back at how Corrie has dealt with the subject of dying and death with sensitivity, insight and honesty.

Kathryn Mannix, palliative care consultant and author of ‘With the End In Mind: How to Live and Die Well’ says as a society we don’t like to talk about death. We talk of people ‘passing away’ or just ‘passing.’ This is supposed to make this most difficult of subjects easier to bear, but in reality it can make it hard to have the important conversations that need to be had when someone is dying. ‘Confronting the process allows us to plan for and relate to our dearest people over the last part of their lives,’ Mannix says.

Coronation Street is using this story to confront these taboos. Soon after she finds a lump on her neck on her wedding day, Sinead talks to new husband Daniel (Rob Mallard) about their son Bertie being her legacy. He tells her not to talk like that, but Sinead insists, ‘You have to let me say things.’

Sinead is shown as always being one step ahead of Daniel in accepting what’s going to happen. ‘It’s bad news,’ she says in the consultant’s office. ‘Tissues on the table – it’s a dead giveaway.’ Instantly she starts thinking about little Bertie and the things she’ll miss – his first Christmas, his first day at school. She’s understandably angry about dying at such a young age. When Daniel tells her he wants to savour every second they have left, Sinead says, ‘Or resent every second I’m losing.’

Having the diagnosis allows her to start thinking about Bertie’s future after she’s gone. She wants him to have music lessons and wants Daniel to show Bertie the wedding video, so her little boy knows her voice. It’s almost too painful for her to contemplate, but important that she expresses what she wants. ‘In the end all I’ll be is a story, like the bear from the Bear Hunt,’ she says, in a raw and emotional scene.

Although Daniel says straight away that he wants to care for Sinead at home, reality hits very quickly after her first session of chemo. With Sinead being violently sick and Bertie crying for attention, Daniel doesn’t know which way to turn. ‘I’m dying, Daniel – what did you think it was going to be like?’ Sinead asks him. ‘Did you expect me just to lie here on the couch until I gently faded away? Is all this a bit too real for you?’ Katie McGlynn really conveys Sinead’s anger and grief.

The effect of the news on friends and family is also shown, as people don’t know what to say or how to react. Chesney (Sam Aston), who’s been so close to Sinead, is so lost for words she gets angry at him. ‘Alright, you can stop staring at the freak show now. That’s what I am – poor Sinead.’ Touchingly he later tells her she’ll always be ‘just Sinead’ to him.

Evelyn (Maureen Lipman), in her forthright style, manages to strike the right tone. When Sinead forgets her purse when she goes to Dev’s shop Evelyn says, ‘Don’t be expecting any freebies just because you’re on your last legs.’ Sinead thanks her for treating her like a normal human being, but Evelyn passes a freebie to Daniel anyway, and Dev (Jimmi Harkishin) also lets Daniel have some stuff on the house. The kindness and compassion of other people, doing their best even though their best can never be good enough, has been an important part of the story.

The relationship between Sinead and Beth (Lisa George) has provided some of the most touching moments, including a scene where Sinead tells her auntie what she wants to wear for her funeral – a green dress and no shoes. Beth manages to hold herself together until Sinead leaves the room and then sobs like her heart will break.

Despite Daniel’s insistence that he’ll care for his wife at home to the very end, Sinead gets him to visit a hospice with her. Daniel finds it ‘quite inspiring’ and Sinead is reassured by the warm, supportive environment and the kind and sympathetic staff member they speak to. She’s worried, she tells a nurse later, about Bertie growing up in the house where his mother died. There’s a feeling that she would be happier in the hospice but it’s not a conversation that Daniel is ready to have.

Sinead faces her fears head on. ‘It’s not the dying, it’s the leaving,’ she tells Daniel. To the nurse, when she doesn’t have to put a brave face on, she explores her fears: ‘I just hope it’s not like – whoosh, one minute I’m here and the next I’m not. It’s the thought of sudden nothingness.’

As Kathryn Mannix says, ‘Dying people embrace living not because they are unusual or brave, but because that’s what humans do.’ Coronation Street, Katie McGlynn, Rob Mallard and Lisa George have shown exactly that, and they’ve done it beautifully.

For practical and emotional support at the end of life and through bereavement visit macmillan.org.uk