Home » TV & Movies » Country house on sale for £1.1million has its own mini Stonehenge in the garden

Country house on sale for £1.1million has its own mini Stonehenge in the garden 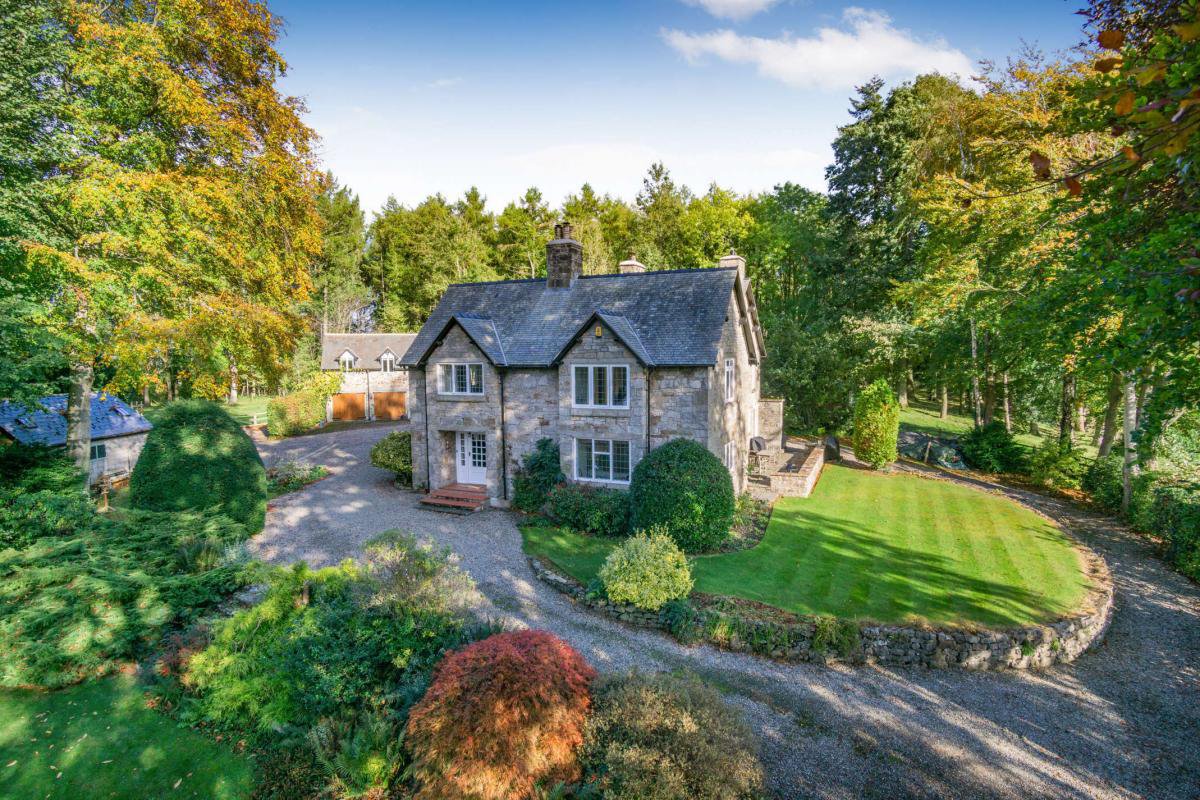 This property may look like your average country house from the front – but wait until you see the back.

Walk through the four-bedroom house in Bronygarth, on the Shropshire border of Wales, and you’ll be greeted by something pretty impressive in the garden: a stone temple structure that looks quite a bit like Stonehenge.

This one doesn’t have the same mystery as the actual landmark (no alien conspiracy theory here, sadly), as we know it was built in 1850 for the Quinta Estate, using Welsh limestone from nearby Llanymynech, Powys.

It’s been described as ‘one of the most eccentric park structures in Shropshire’, which is quite the claim to fame.

And now, you could own that very stone temple – along with the house, of course – for £1.15million.

The property, called Temple Garth, is on sale through estate agents Strutt & Parker, who say it’s a rare opportunity to own a ‘characterful and substantial’ home that’s available for the first time in nearly 40 years.

It’s set within nearly 13 acres of garden, paddock, and woodland – so there’s more than enough space even with that mini Stonehenge feature – and offers great views of the surrounding countryside.

The house itself is pretty special, too, constructed of stone and offering plenty of interior space.

On the ground floor is a fancy library, a large dining room, a grand entrance hall, a drawing room, and a kitchen and breakfast room, along with a pantry.

There’s a cellar below, that you could convert into wine storage or another living space, then on the first floor sit the principal bedroom (with an en suite bathroom) plus two more bedrooms.

That’s not to mention all the charming features, such as the wood-burning stove in the reception room, the feature island in the kitchen, the cathedral windows along the wide staircase, and the doors in the dining room that open to a south-facing terrace.

‘Situated within the highly regarded location of Bronygarth this spacious and well planned home has gracious and flexible accommodation across both the main house and coach house.’

If you fancy putting in an offer, you can find out more information through the estate listing.