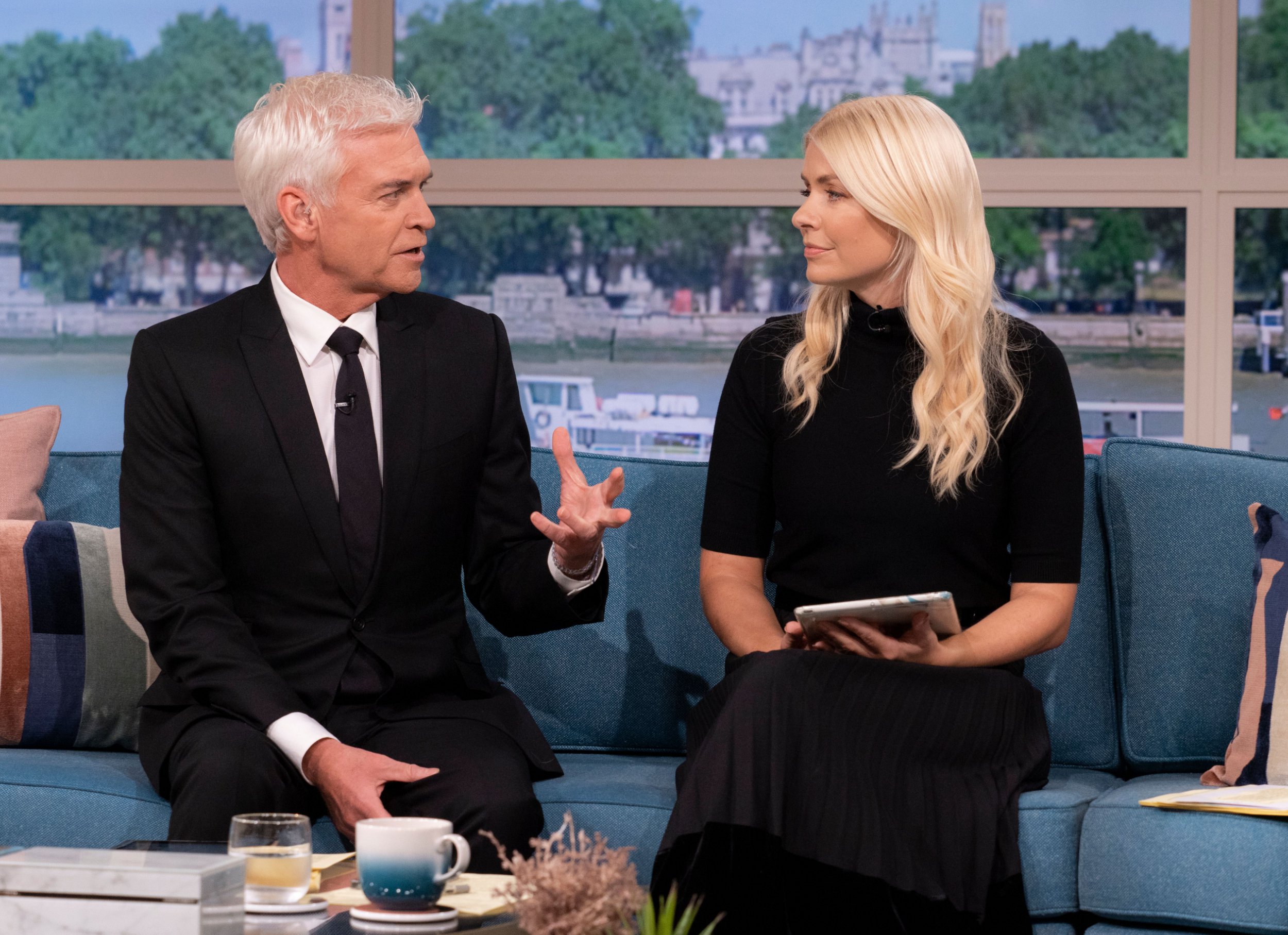 The person behind the petition calling for Holly Willoughby and Phillip Schofield to be axed from This Morning wants ITV to take some responsibility.

The presenters ignited a fierce backlash after they appeared to queue jump to see the Queen lying in state at Westminster Hall last week.

They have since addressed the uproar on the ITV programme where they insisted they were accredited media and followed the rules set out for them, stressing they did not jump ahead.

At the time of writing, over 55,000 people have signed the petition, which endeavours to see This Morning ‘axed for good’.

Since the campaign launched last week, its creator, Laura Harrison, has said that they don’t wish harm on Willoughby or Schofield, who are reportedly being supported by ITV following concerns over their welfare.

In an update on the Change.org website, they penned: ‘While I do not like the presenters pictured, I am an advocate of mental health and I would not wish harm to anyone. I hope ITV have taken some accountability and will make sure that all their hosts have mental health support.’

They added they no longer want to hear or read about This Morning, and accused the show of ‘spreading hostility and aggression in the form of snippets of toxic discussions’.

‘That’s why this petition will remain open for as long as people feel compelled to sign,’ they added, saying that Willoughby and Schofield have ‘long served their purpose’.

‘I felt compelled to start this is because of the danger of having hosts who believe they are more important than they actually are,’ they wrote.

The creator is also preparing themselves to write a full letter with ITV on behalf of the signatories calling for action.

During Monday’s special episode reflecting on the days since the Queen’s death, Willoughby said in a voiceover: ‘Like hundreds of accredited broadcasters and journalists we were given official permission to access the hall.

‘It was strictly for the purpose of reporting on the event for millions of people in the UK who have not been able to visit Westminster in person.

‘The rules were that we would be quickly escorted around the edges to a platform at the back.

‘In contrast, those paying respect walked along a carpeted area beside the coffin and were given time to pause.

‘None of the broadcasters and journalists there took anyone’s place in the queue and no one filed past the Queen. We of course respected those rules.

‘However, we realise that it may have looked like something else, and therefore totally understand the reaction. Please know that we would never jump a queue.’

This Morning previously addressed the visit in a statement posted on Instagram, saying: ‘We asked Phillip and Holly to be part of a film for this Tuesday’s programme.

‘They did not jump the queue, have VIP access or file past the Queen lying in state – but instead were there in a professional capacity as part of the world’s media to report on the event.’