The pair clashed as they discussed the ongoing results of the US election when Nigel Farage denied Donald Trump ever suggested people could be injected with bleach to cure coronavirus. ITV Good Morning Britain host Piers Morgan challenged the Brexit Party leader saying: “During the pandemic, there have been a number of disasters – and I said this to him the other day – and that’s one of the reasons we had a little falling out.

“Because I just thought his whole strategy, not dealing with it properly, has now led to America having 220,000 deaths, that is the worst record by far for anywhere in the world.

“His refusal to mandate people to wear masks; to tell them from the podium to take it seriously, wear your mask, socially distance. All that kind of thing.

“His nonsensical cure theories like bleach and so on, all of that to me was woefully irresponsible,” he continued. 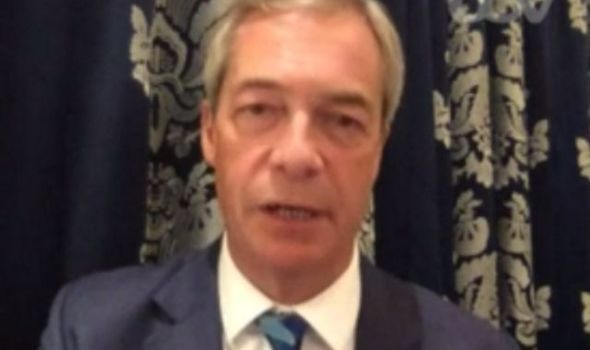 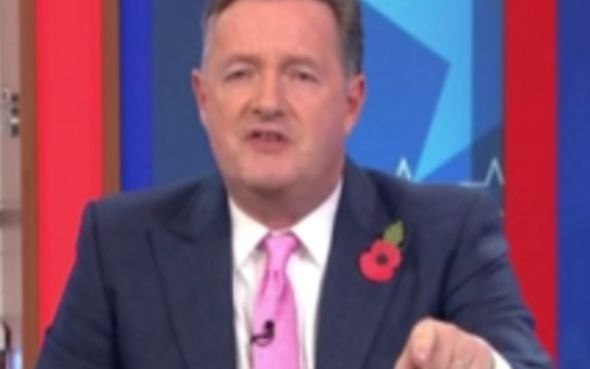 “And on his handling of the crisis, he closed the flights, he stopped the flights coming in from China and countries carrying the virus while we continued an open door at Heathrow Airport.

“Now, I’m not saying everything he said about this was right, but he did lock down America, tried his best to stop the virus from coming in.

“We now have better medical treatment, we also know that what lockdown does isn’t just bankrupt and ruin for the self-employed and sole traders, it doesn’t just damage mental health on a vast scale, it leads to huge domestic abuse, massive increases in suicide, but also in health terms, because lung cancer diagnoses are down 70 percent in the UK.”

The row sparked a frenzy among ITV viewers on Twitter. Many attacked Mr Farage.

One viewer wrote: “Nigel_Farage Man, I’m cringing at you.”

And another: “Just turned over to GMB and I’m witnessing #Farage having his a**e handed to him by @piersmorgan Can’t believe what I am seeing!”

One added: “To be fair, it was disinfectant not bleach, (I know semantics but ensuring no come back), BUT, he absolutely said it. As usual Nigel Farage talking absolute tosh.” 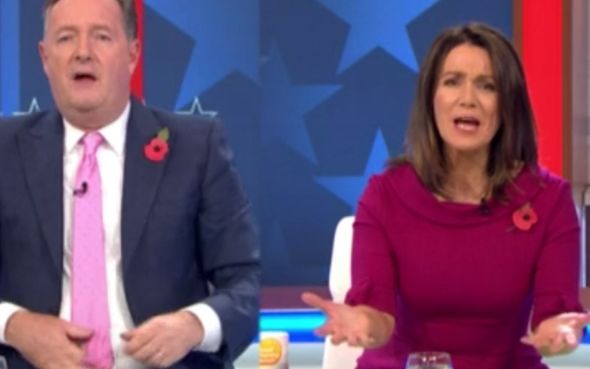 But others defended the Brexit Party leader and attacked Piers Morgan and ITV co-host Susanna Reid.

One said: “The word Bleach was not mentioned….so Farage you are correct!”

And another: “GMB just gets worse & worse! Well challenged Nigel Farage!! No wonder Tory ministers refuse to be interviewed by Piers Morgan & Susanna Reid. You’re so in love with your own voices & do nothing but scaremonger the public & interrupt your guests! Enough!”

One viewer added: “Don’t often agree with Farage but this interview was rubbish, Morgan trying to turn it into a shouting match. Whatever has happened to Susanna Reid, used to be a great interviewer but has turned into a female version of Morgan. What a shame!”