BBC’s crime drama Crossfire premiered on Tuesday with a thrilling story of a family who find themselves fighting for their lives during a holiday in Tenerife. While viewers remained on the edge of their seats, many were left questioning why the characters hadn’t called the police.

Crossfire debuted the first episode of its three-part thriller led by Keeley Hawes, who starred as Jo.

The story followed her family along with the friends she had met on holiday as they fought for survival when armed gunmen unleashed fire on the resort’s lounging guests.

The drama left fans watching in fear as they watched the friends and their children become separated while trying to seek safety.

However, a majority of viewers were distracted by the fact that the characters were yet to call the police for help, despite the constant image of their phones. 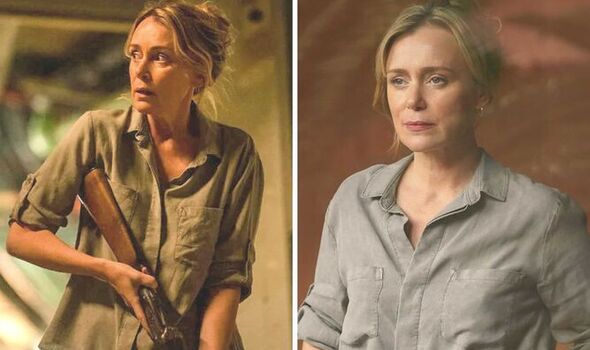 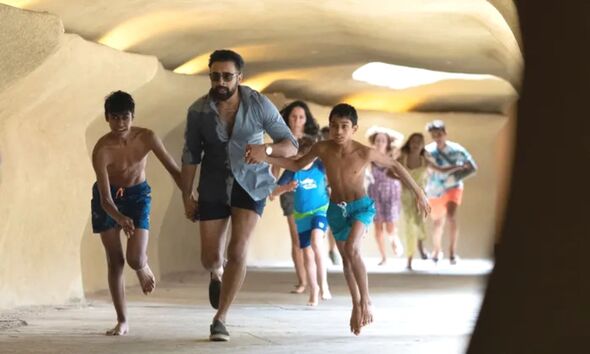 A confused @PaulCAAtkinson tweeted: “All these mobile phones. Haven’t seen one person call the local police yet?”

@Tiny_Dancer26 questioned: “Has nobody ever thought to call the police at all?!”

A baffled @HajirSu added: “Errrrm when does the police turn up.”

While @HHallis shared: “Why has no one called the police yet.” 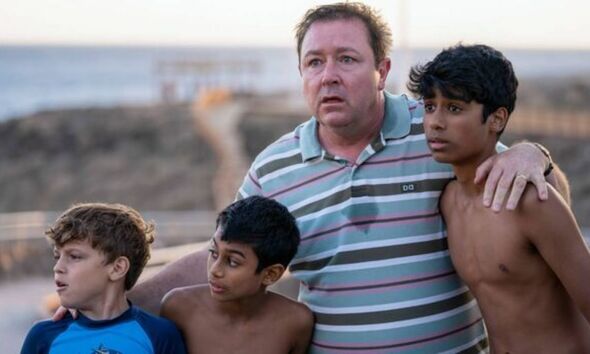 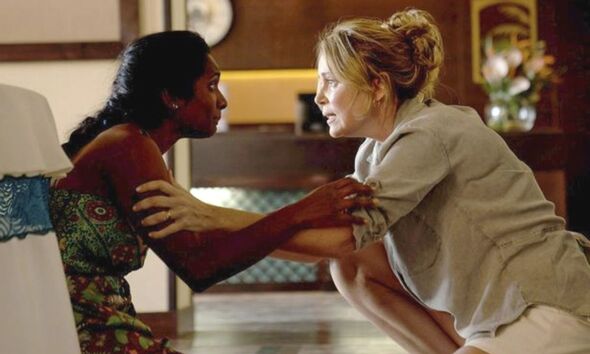 A fifth viewer @ASuperGav wrote: “Police are taking their time. Are they coming from the mainland?

As @igarycochrane remarked: “Doing her police training and saying ‘drop your gun and raise your hands to a terrorist who has just killed loads of people….pathetic! Blow his head off man!”

Throughout the tense scenes, the audience was offered relief with the use of flashbacks, which revealed Jo was a former police officer.

With this in mind, she had taken on the mammoth task to find the gunmen alongside the hotel’s manager.

The show also unveiled she had been having marital issues with her husband Jason (played by Lee Ingleby) and was having an affair.

Moments before the gunmen unleashed fire at guests lounging at the pool, she was in the hotel room taking photos for her unidentified lover.

While she sprung into action, to find her family and take down the criminals, he husband who had become separated from the children, went to the room in hopes of finding her.

Instead, he found her phone and the messages she had exchanged with her lover.

As a result, he became angry and smashed the phone, after leaving a voice message, which said: “You were my oldest friend.”

By the end of the episode, Jo spotted her eldest daughter Amara (Shalisha Jones-Davis) hiding, while she was in the offices surveilling CCTV footage.

When she made her way to her daughter’s hiding spot, Jo realised the gunman had also found her daughter

Wielding a weapon, Jo came face to face with the criminal and ordered him to stop, but instead, he fired a bullet.

Fans will have to stay tuned in to see if Jo will survive the gunshot.

Crossfire continues weekly on BBC every Tuesday and is available to stream on BBC iPlayer.