Home » Cruella: Sets, costumes and performances demand to be watched at cinema

Cruella: Sets, costumes and performances demand to be watched at cinema 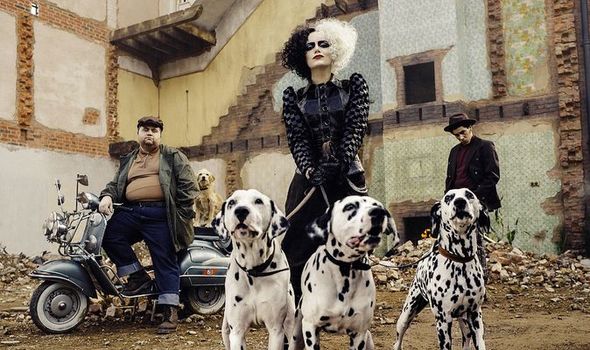 Emma Stone is handed an even harder task in this live-action One Hundred And One Dalmatians spin-off. I mean, cursing a baby is bad but surely we all draw a line at skinning puppies? But the Oscar winner, with the help of a smart script, a killer soundtrack and a stunning costume department, pulls it off, generating huge amounts of sympathy for the De Vil in this eye-popping 1970s-set origins story.

Before she adopted her stylishly villainous alter ego, Cruella was simply Estella, a high-spirited orphan who flees to London after seeing her mother knocked off the edge of a cliff by a pack of Dalmatians.

Talented Estella quickly finds her feet at the boutique, using her fashionista’s eye for design and her resourceful eye for an opportunity to rise further up the ranks.

But when she discovers a dark secret about her employer, she turns back to the dark side. Big-hearted Estella gives way to punk-powered fashion designer Cruella De Vil who will go to any lengths to upstage her mentor.

Running to over two hours, this is a long film for restless young viewers who may prefer to digest it in pausable chunks on the Disney app.

But the sets, the costumes and the huge lead performances demand to be watched at the cinema. The big screen is back and Cruella fills every inch.

In cinemas now and streaming on Disney+ for an additional £19.99 fee