Dan Walker and Louise Minchin were on hand to share with BBC Breakfast viewers all the latest headlines and, of course, the show was dominated by coverage of England’s Euro 2020 victory against Germany on Tuesday evening. As such, presenter Sally Nugent was reporting from outside Wembley to discuss the fallout of the historic win. But just as she came to the end of one of her segments, Dan caught everyone off-guard by sneezing.

Following his side’s victory, the England manager insisted the squad wouldn’t get carried away and prepare properly for Saturday’s quarter-final against Ukraine.

Sally commented: “So, of course, you can hear Gareth Southgate mention there about Saturday at the Stadio Olimpico, 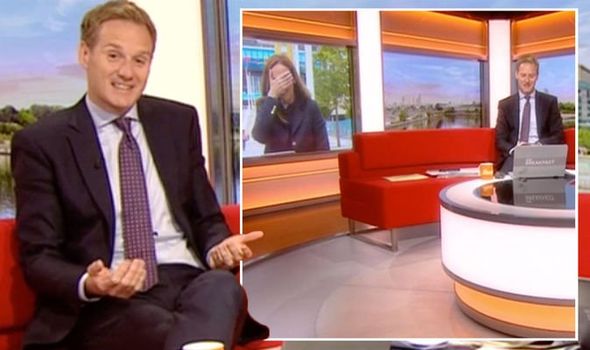 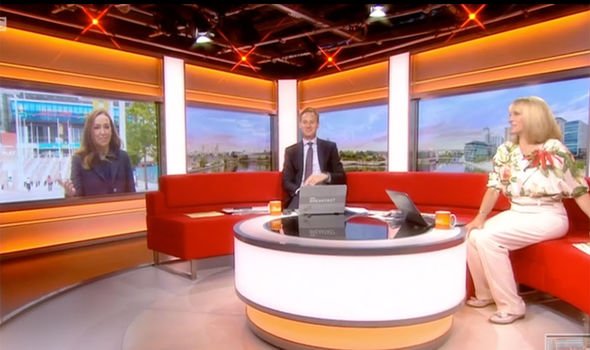 “But as Gareth said there, he is the party pooper,” Sally continued.

“There is no celebration for the England team, all eyes are now on Rome and they’re very focussed on the match on Saturday night.”

As Sally cut back to the studio, however, Dan and Louise weren’t on hand to comment.

Instead, Dan let out a loud sneeze, before commenting quickly after: “Excuse me!” 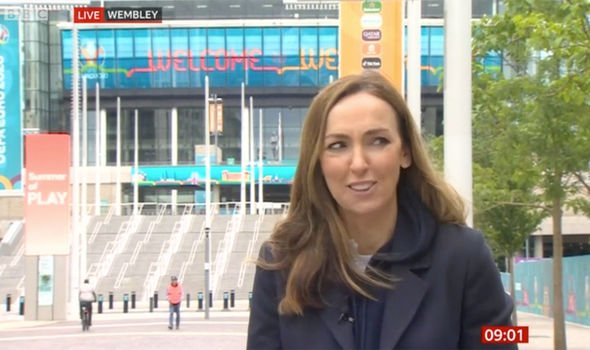 Needless to say, Louise and Sally were both taken aback by the outburst.

“Did you sneeze?!” Louise asked in shock, as a sheepish Dan simply replied: “Sorry.”

A stunned Sally similarly said to the camera: “What? Did I make you sneeze?”

“Sorry everybody,” Dan repeated as he apologised once again for derailing the show.

Seeing the funny side of the situation, Louise commented: “He sneezed in everybody’s ear!”

Regaining his composure, Dan added: “I’m so sorry, I didn’t think my microphone was on, Sal.

“I’m very sorry about that. I timed that very poorly,” he added.

Eventually, Louise turned to her co-host to say: “Bless you.”

“Thank you very much, Louise, I managed to keep everything covered,” Dan assured her.

Spotting the chance to tease her co-star further, Louise added: “After all these years of trying to teach you the silent sneeze and you failed.”

BBC Breakfast airs daily at 6am on BBC One.