Dancing with the Stars returned to the the ballroom floor to win Monday in broadcast primetime, delivering a 1.1 rating in the adults 18-49 demographic and 7.04 million viewers for its Disney-themed episode. The reality competition series was followed by the debut of Emergency Call (0.7, 4.27M), the unscripted series on which Luke Wilson documents the first few minutes of emergencies told through the lens of 911 call-takers.

ABC won the night in both the demo and viewers.

NBC meanwhile took to the ice as the Tampa Bay Lightning finished off the Dallas Stars 2-0 to win the Stanley Cup. The quarantined telecast of the NHL championship series earned a 0.8 in the demo and 2.95 million viewers, up three tenths from Saturday’s game in which Dallas stayed alive with a double-overtime win. As with all live sporting events, the numbers for Monday’s finale will more than likely be adjusted in finals. 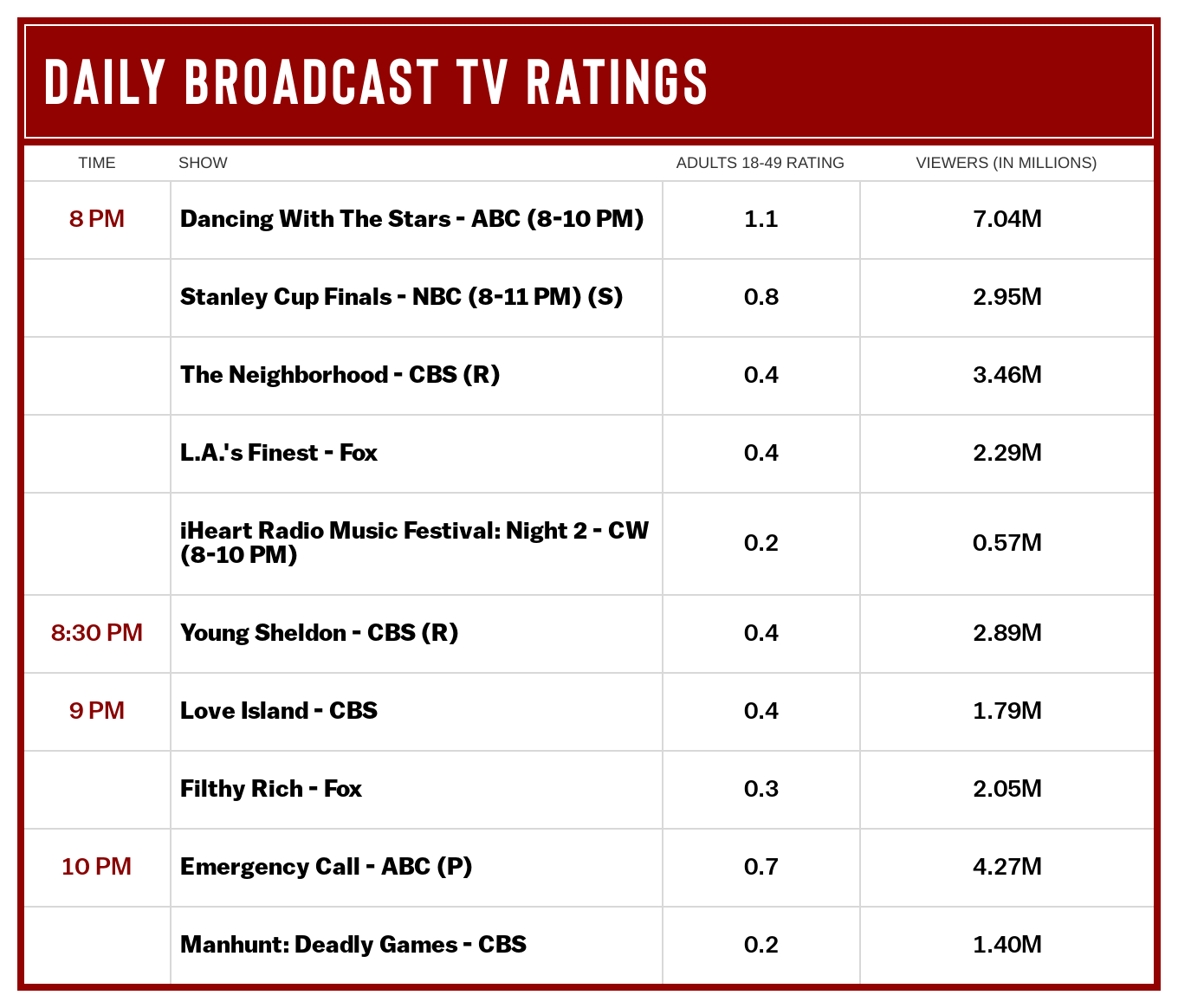