Dexter: New Blood introduced Dexter fans to a new and terrifying serial killer. Clancy Brown plays Kurt Caldwell, the unofficial mayor of Iron Lake who appears to be an upstanding citizen. However, Dexter soon learns that Kurt is a serial killer who targets innocent women. A kind of cat-and-mouse game between Dexter and Kurt begins. However, Brown revealed in an interview that Kurt thinks Dexter is “Jim Lindsay” the entire time. 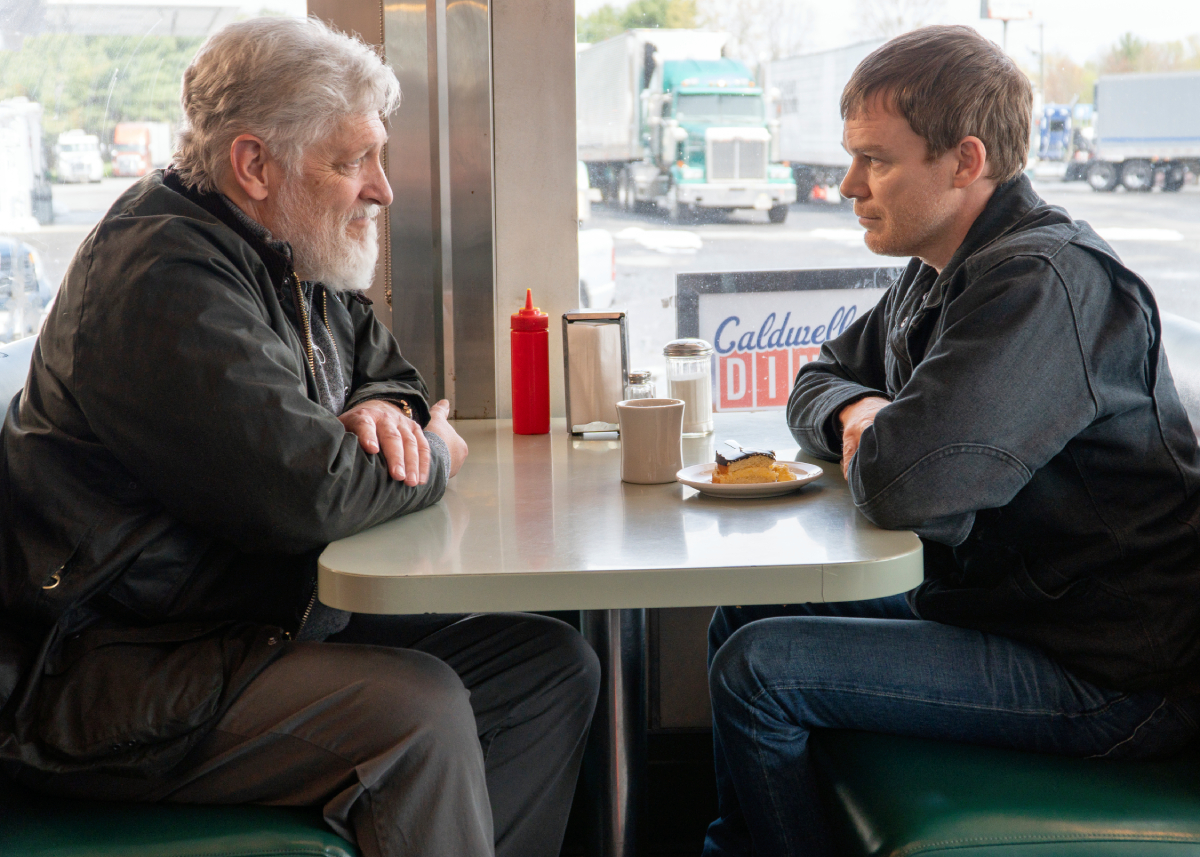 By Dexter: New Blood Episode 7, Dexter realizes that Kurt is a dangerous serial killer. Kurt also comes to realize that Dexter was the one who killed his son, Matt Caldwell. A cat-and-mouse game begins between the two. Kurt gets arrested for Iris’ murder but is somehow able to talk himself out of jail.

In episode 8, Kurt targets Dexter’s son Harrison for revenge. He has his henchman Elric Kane abduct Dexter. Kurt plans to lure Harrison to his cabin and the woods and make Dexter watch as he kills his son. Fortunately, things don’t go as Kurt planned. However, Kurt is still alive and at large.

Kurt proves to be a worthy adversary for Dexter in the revival. Fans are loving Clancy Brown’s portrayal of the new “big bad” in Dexter: New Blood. Kurt is smart enough to get away with murder for years, yet he never manages to figure out Dexter is lying about his identity.

“My character thinks he’s pretty hot stuff, and maybe he’s killed a few people, but nothing compared to Dexter,” Brown said on The Rich Eisen Show. “My guy’s kind of a — he’s not the sharpest knife in the drawer. To the end, he never calls him Dexter. He doesn’t connect that — he calls him Jim, he thinks he’s Jim.”

“He doesn’t realize he’s sitting across from somebody who has, on camera, killed 150 people,” Brown continued. It’s interesting to think that Kurt has no idea who he’s dealing with in Dexter: New Blood. Perhaps that’s why he and Elric so greatly underestimated Dexter in episode 8.

Although Kurt is a pretty great villain, he might not be on par with the Trinity Killer. At least, fans know they won’t get a “Hello, Dexter Morgan” moment from Kurt in Dexter: New Blood.

What is Kurt’s next move in ‘Dexter: New Blood’?

The last fans saw of Kurt Caldwell, he was running into the woods after Dexter rescued Harrison. Unfortunately for them, Kurt isn’t going to leave Dexter and Harrison in peace. In the promo for Dexter: New Blood Episode 9, Kurt shows up at what looks like a Christmas celebration between Angela, Audrey, Dexter, and Harrison.

It’s hard to say what Kurt’s next move will be, but he might not give up on his original goal of punishing Dexter by killing Harrison.