Does Chantelle lose her baby in EastEnders? Fans fear the worst after Gray's brutal beatings

Now, fans are wondering about the fate of their unborn child as the 'squeaky clean' legal eagle struggles to keep his temper at bay. Here's what we know so far… 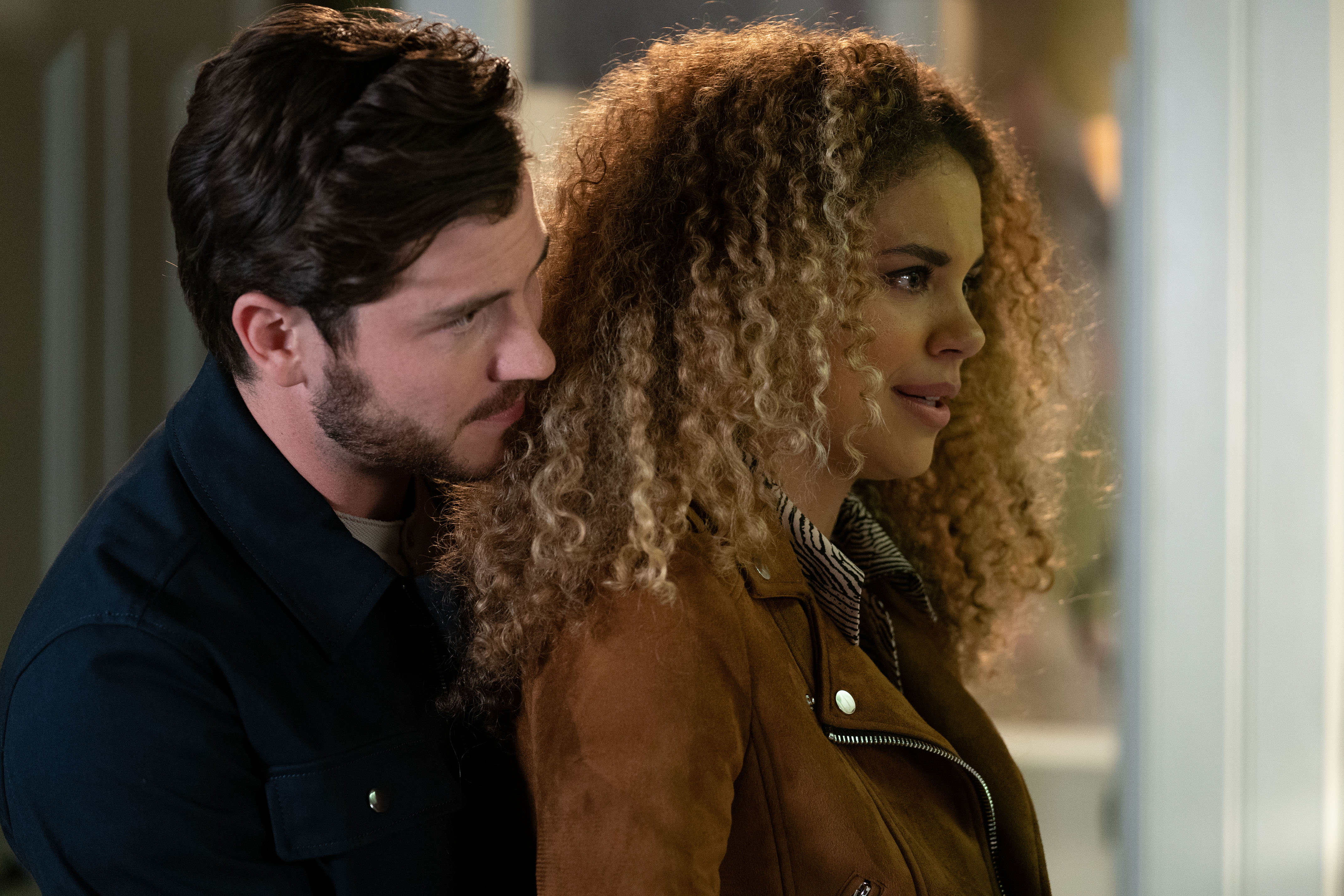 Does Chantelle lose her baby in EastEnders?

EastEnders fans are concerned that Chantelle – who is played by actress Jessica Plummer – will lose her baby as her husband's behaviour becomes increasingly worse.

Many have taken Twitter to air their concerns over the fate of the couple's child.

One wrote: "Every time Gray suggests doing something for Chantelle, I always wonder if he has a hidden agenda to hurt her. Praying she doesn't lose their baby because of him."

Another added: "Gray will make Chantelle lose the baby 🙁 it’s what will finally convince her to leave him #EastEnders."

While another tweeted: "I have a feeling Gray still might not be able to handle his anger and he’ll end up making Chantelle lose the baby. #Eastenders."

A fourth commented: "Chantelle needs to stab gray in self defense, as he's gonna make her lose her baby. #EastEnders." 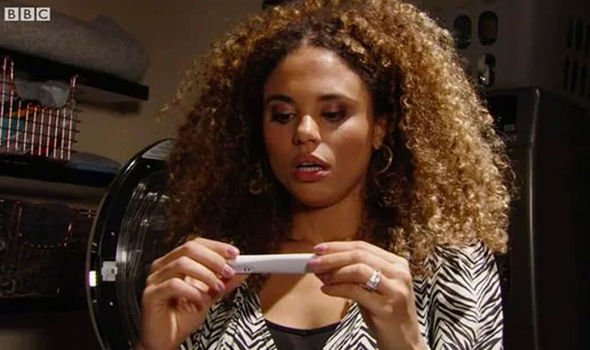 What has actress Jessica Plummer said about her EastEnders storyline?

Fans may be disturbed by the horrifying scenes but Jessica Plummer, who plays Chantelle, says the storyline will be worth it if it helps victims in the same situation.

She said: "This is an issue that I, and everyone at EastEnders, hope we can raise awareness of.

"Many women and men that are in Chantelle's situation suffer in silence and we really hope that by showing this story we can highlight an issue and encourage those in similar situations to seek the help they need." 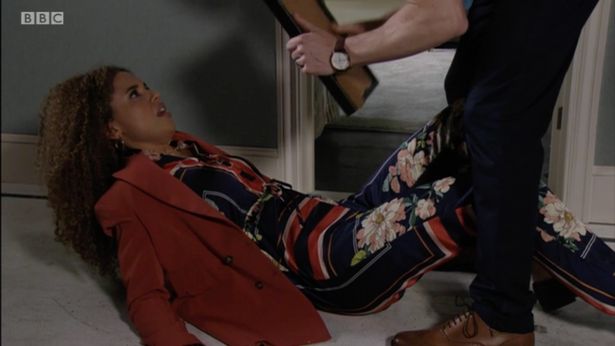 What has Gray actor Toby-Alexander Smith said about the EastEnders storyline?

Toby-Alexander Smith, who plays Gray Atkins, said the couple's story would "take a huge turn for the audience".

"This storyline will depict how hidden from sight domestic abuse remains even today," he said.

"To the unaware eye Gray appears to be a loving husband and a committed father but his charm is a front for the power and control he exerts over Chantelle – an experience all too common to thousands of women up and down the country today.

"Domestic abuse, in all its forms, is against the law and is shrouded in secrecy. I hope that by tackling such a sensitive subject matter we can raise awareness of the importance of changing societal values so that both women and men's rights to live free from abuse, invasion, dis-empowerment and intimidation are respected." 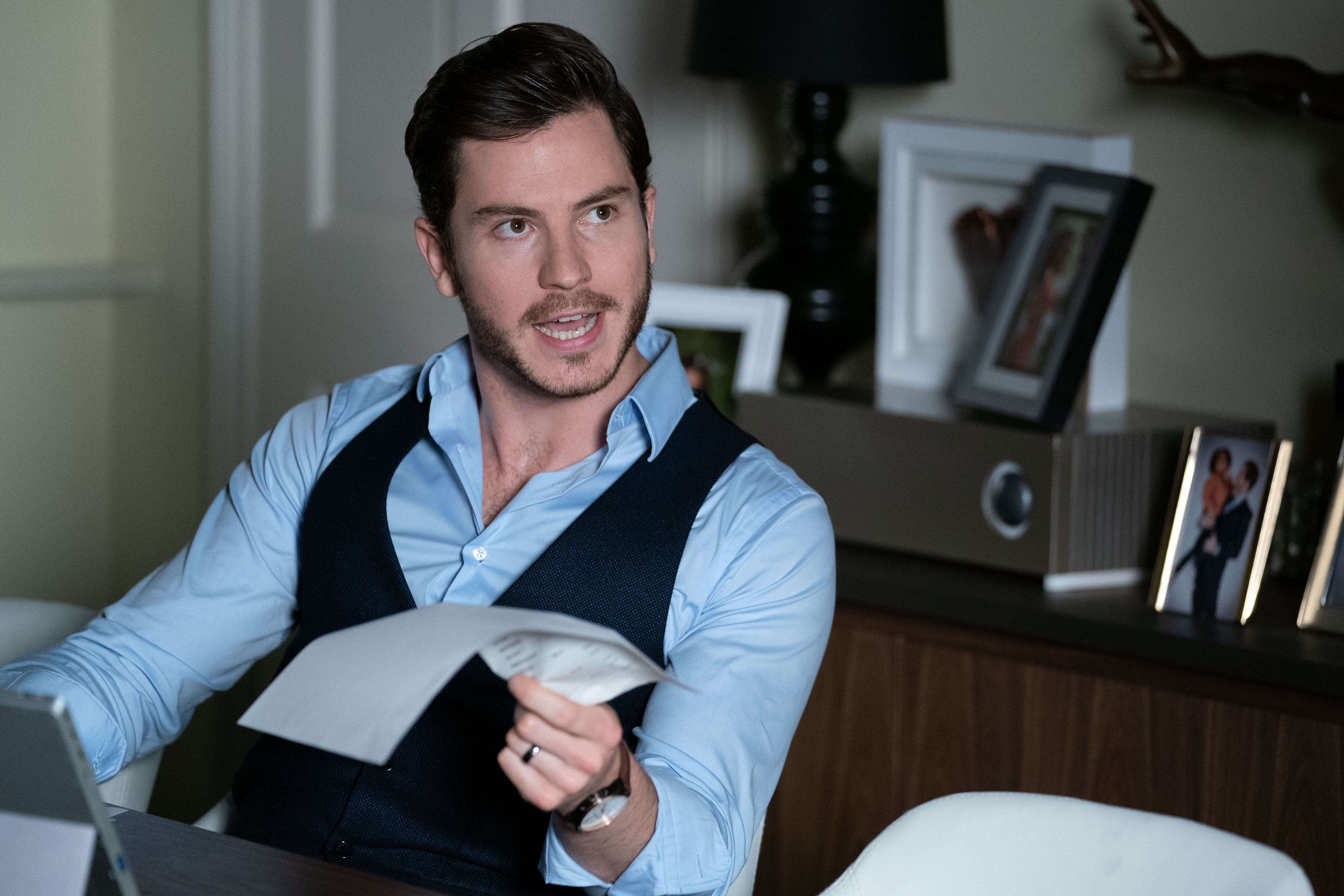 What have EastEnders bosses said about the storyline?

The BBC One soap worked with Refuge and Women's Aid on the story and script.

EastEnders boss Kate Oates said: "When Chantelle and Gray arrived on the Square, they gave many of their neighbours a big dose of life-envy with their perfect relationship and no-filter-needed looks and lifestyle.

"But there is truth in the old adage that you don't know what goes on behind closed doors, and the very first time we crossed the threshold of Number One, we saw the truth of their relationship, and the violence Gray subjects Chantelle to.

"In this story, we seek to acknowledge the fact that any relationship, however outwardly enviable, can be affected by violence and abuse.

"Chantelle is strong and capable, with friends and family to support her, and yet she is still unable to voice what is happening to her, and is therefore preventing anyone from helping her because she regards her abuse as a shameful secret.

"We hope this story encourages women and men who experience violence to seek out the help we know they deserve."

What have women's charities said about the EastEnders storyline?

Women's Aid head of communications Teresa Parker said: "It is important when portraying domestic abuse on screen to make it as realistic as possible, and EastEnders have been working with us from the early stages of the storyline, through to advising on themes to the detail of the scripts.

"From the initial red flags to seeing what is going on behind closed doors, this storyline has been thoroughly researched with experts in domestic abuse."