”Who the hell cares, it’s your body, your choice and please never use that quote for any other issue,” the easy target spoof of the frequently skewered legal TV host added before tossing straight to Covid-19 vaccine refusing quarterback. “Exactly, Jeanine, it’s my body and my Covid, I can give it to whoever I want, but suddenly the woke mob is coming after me,” the increasingly versatile Davidson responded with a shout out to an actual interview Rodgers gave on The Pat McAfee Show earlier this week.

Which is to say SNL went full Fox News, full NFL and full MAGA tonight in a cold open that aimed to roast the Rupert Murdoch-owned conservative cable channel, the “cancel culture” battling Green Bay Packers player — who clearly was not the best choice to replace Alex Trebek on Jeopardy! – and a certain former Celebrity Apprentice host 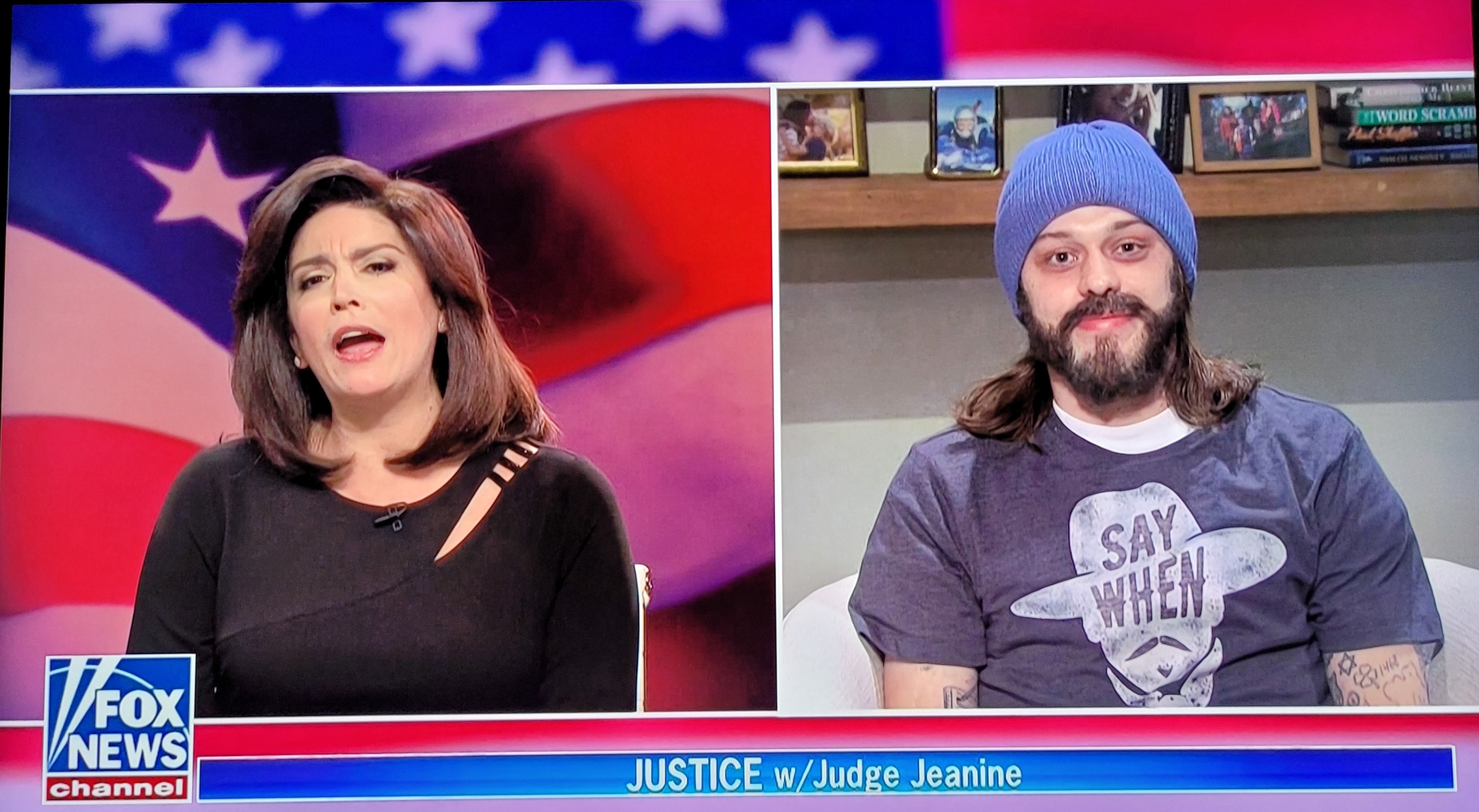 “People can talk all they want, but at the end of the day, my record is still seven and one,” Davidson’s Rodgers went on to say to Strong’s boozy and meandering Jeanine Pirro praising him for not getting vaccinated because he thought it could make him sterile. Meaning, of the eight people I’ve infected, seven are fine.”

Now, if Rodger’s false equivalency wasn’t enough to put under the microscope in the opening minutes of SNL, the critical race theory in the schools battling new Governor-elect of Virginia Glenn Youngkin (as portrayed by Alex Moffat) was on too. Of course, as is true of the Old Dominion Republican, this Youngkin was also the warm-up act for “former and basically current President of the United States, Donald Trump”

“It’s great to be here, Judge Judy, and it’s great to win again,” began the James Austin Johnson played Trump (who hosted SNL too, I might add). “You are going to see a lot more winning where that came from, let me tell you, you are going to see a lot,” SNL’s latest depiction of Trump went on to say, taking credit for Youngkin’s win in Virginia and exciting, to put it mildly, Strong’s Pirro fangirl – as you can see above.

Doing political double duty now on SNL this year with his Joe Biden personification as well, new cast member Johnson proceeded to prove how Trump he could go in a role nearly perfected by Alec Baldwin by offering some unsolicited rundown advice on Star Wars, the new Dune movie, Marvel’s just opened Eternals (“too diverse“) and Chris Pratt in the upcoming Super Mario flick. “You know what, I’m very close with Mario, very close with Luigi, you know our wives play play golf together,” Johnson’s Trump opined in words that no one would doubt the real Trump would say without a trace of irony.

And, for once, it all worked for SNL, or as Strong’s Judge Jeanine put it: “Wow Mr. President, you’re a genius, a patriot and one handsome mountain of a man!”

At the end of a news packed week of climate change conferences, GOP election wins, Trump depositions, a booming jobs report, Democrats pulling tragedy out of Joe Biden’s triumph of a year ago and then finding a long overdue bill with the House of Representatives passing POTUS’ $1 trillion infrastructure plan late last night, SNL had a boatload of source material to choose from for its cold opening on the political front alone.

Back from a short break and a bit of a ratings rebound with ex-cast member Jason Sudeikis as host on October 23, tonight’s fifth episode of the 47th season of the Lorne Michaels executive produced late nighter sees Succession star Kieran Culkin and Ed Sheeran as the musical guest.

While the bespectacled singer-songwriter insisted this week to Howard Stern that he always intended to perform on SNL despite testing positive for Covid-19 in late October, there was so question if Sheeran would be appearing live or virtually on the show. Coming just over a week after Sheeran’s fifth studio album = was released, the SNL performance by the now quarantine free singer will be in Studio 8H at 30 Rockefeller Plaza in front of a small live audience

Although it’s his first time as SNL host, Emmy nominee Culkin actually first appeared on the show nearly 30 years ago on November 23, 1991, when his brother Macaulay was the host – take a look:

Next week sees The Harder They Fall star Jonathan Majors hosting SNL with musical guest Taylor Swift back for her sixth visit to the show.

‘Game Changers’ Over For Emilio Estevez: Not Returning For Season 2 Of ‘Mighty Ducks’ Spinoff