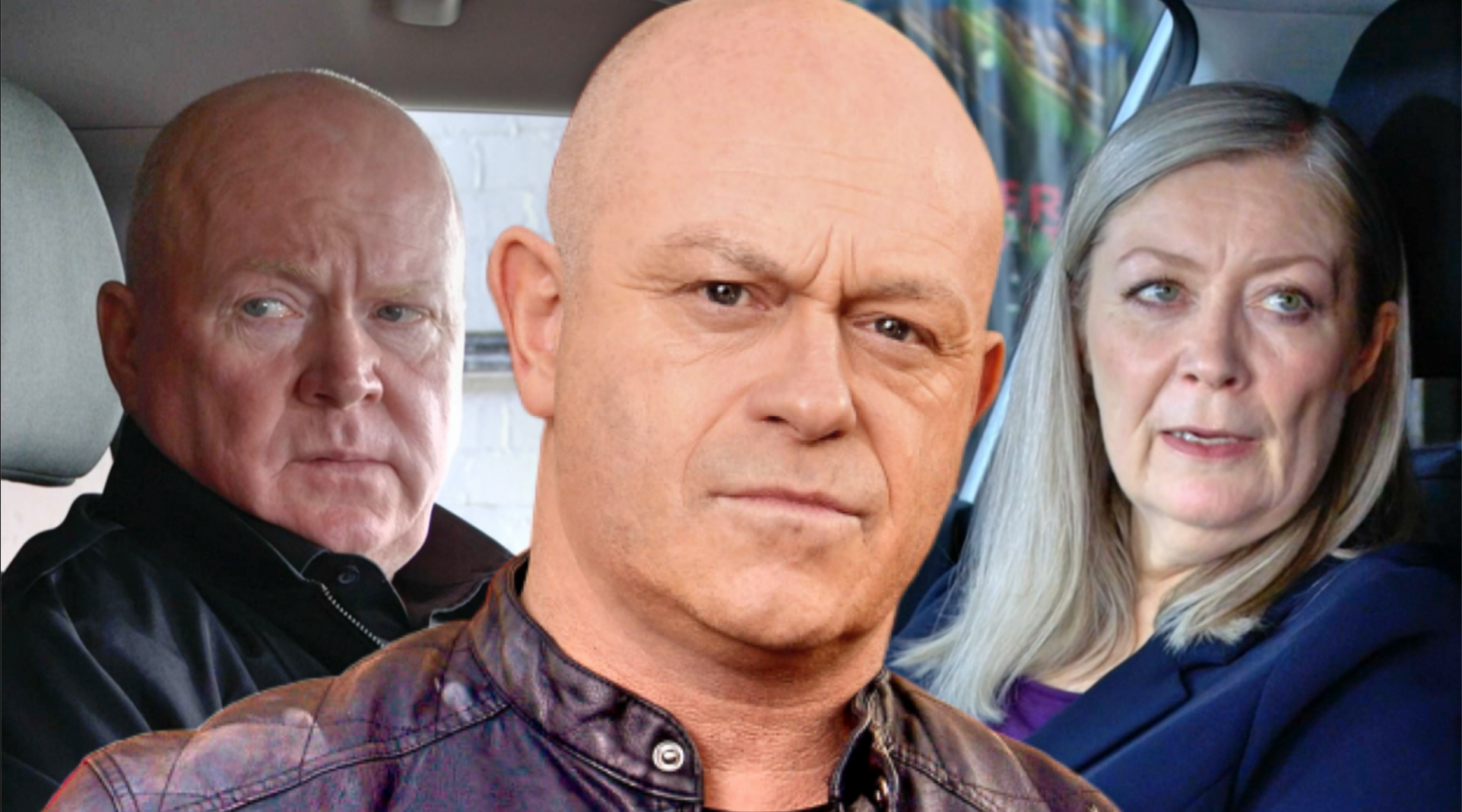 In the episode, we saw Phil Mitchell (Steve McFadden) make a mysterious phone call asking someone for help, while flashing a glance at the sign for Peggy’s.

It’s possible that this gesture was a hint that the person on the other end of the phone is another member of the Mitchell clan, and who better than Phil’s brother, Grant?

Phil has been embroiled in a dramatic plot that has seen DCI Keeble (Alison Newman) seek revenge on the Mitchell’s for the death of her father.

A flashback episode of the BBC soap revealed the reason for Keeble’s vendetta, as Eric Mitchell shot her dad in a robbery-gone-wrong.

Keeble has since had Billy Mitchell (Perry Fenwick) arrested for murder, leaving Phil to try and fix things. The only problem is, he can’t do it alone.

Fans of the show took to Twitter to share their theories about who was on the other end of the phone, with many pinning Grant as the number one suspect.

itâs got to be grant right? like thereâs been a few mentions of him over the last couple/few months, i donât see how it could be anyone else? https://t.co/N71iD41LU5

It makes sense, I mean who else could it be after that lingering look at Peggy’s? Even if its only a brief return for a handful of episodes. Fingers crossed anyway.#EastEnders #MitchellBrosReunite https://t.co/DYtw0TiEdC

Others expressed their excitement for a possible reunion of the brothers.

Grant was last seen on screen in 2016, when he returned for the funeral of beloved matriarch Peggy Mitchell (Barbara Windsor). It was a short stint, and fans are hoping that if he does end up returning, he stays for a while longer this time.

His last stints have suffered from limited availability #EastEnders https://t.co/L7Fw2ZDIw0

If a Grant Mitchell return is confirmed soon, we know that he’ll receive a warm welcome from fans!