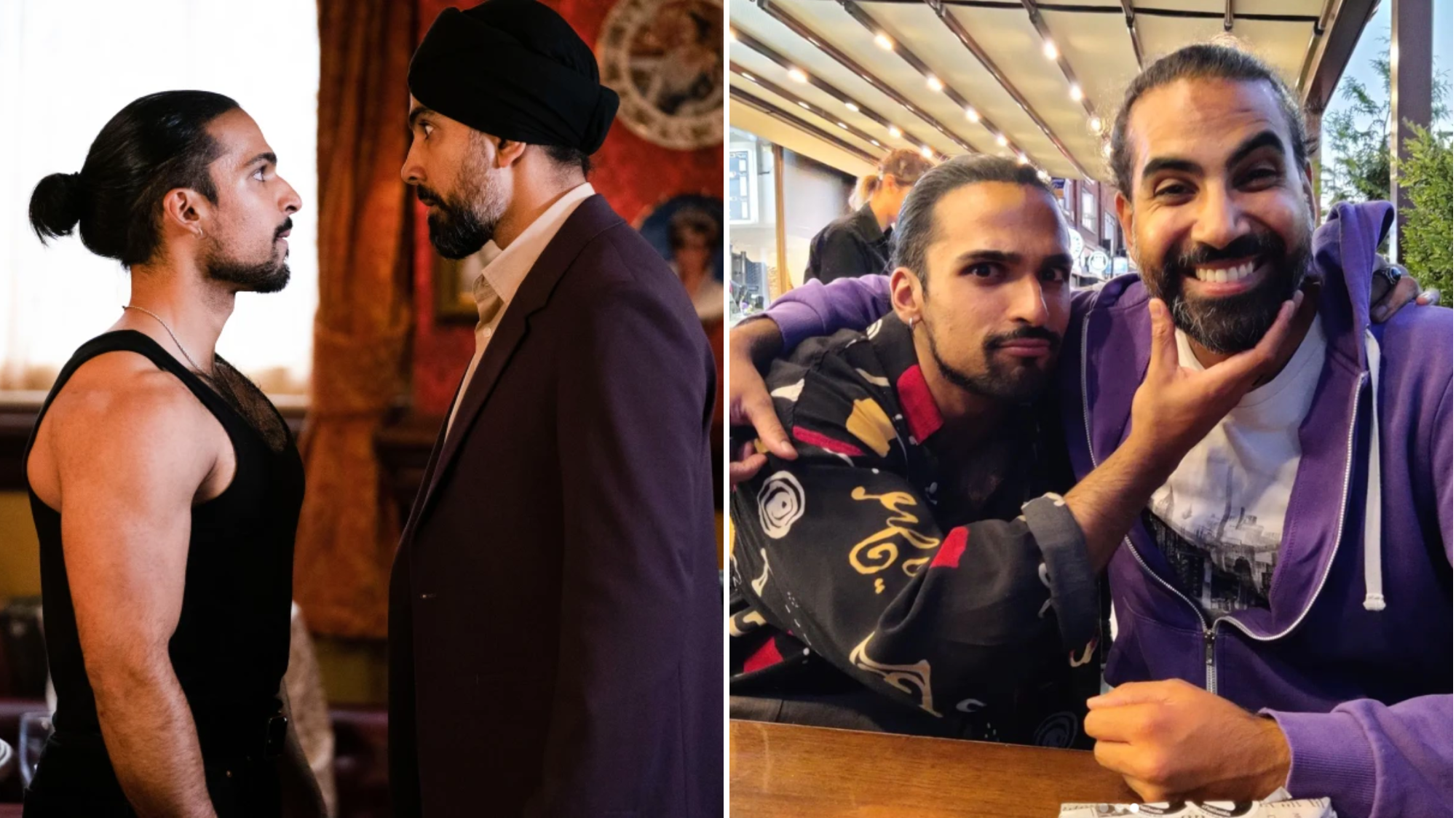 EastEnders star Jaz Singh Deol has assured fans that, despite their intense feud on-screen, he and co-star Aaron Thiara are actually good mates in real life.

Jaz, who portrays Kheerat Panesar on the BBC One soap, took to social media to share a series of pictures of himself with Ravi Gulati star Aaron, and our hearts are bursting.

‘Enemies on screen,’ he wrote, alongside a snap from Kheerat and Ravi’s intense fight which aired last week, before adding: ‘Friends in life,’ accompanied by the pics of himself with Aaron.

The actors were smiling in the photos, with their arms around one another, and we kind of love them.

Aaron commented on Jaz’s post with emojis of a wolf, a lion, a crown and a heart.

Fans were also quick to comment, with one writing:’ Beautiful pics,’ while another added: ‘The fight scene was amazing EastEnders has been amazing recently.’

Kheerat has been at odds with Ravi since the latter’s arrival in Walford, knowing full well that he’s up to something.

Little does he know, however, that Ravi is actually his brother!

The animosity between two reached boiling point last week, as they got into a vicious fight in the Queen Vic, after Kheerat learned that Ravi had tried to kiss Stacey Slater (Lacey Turner).

EastEnders airs Mondays to Thursdays at 7:30pm on BBC One.