Find out everything below… 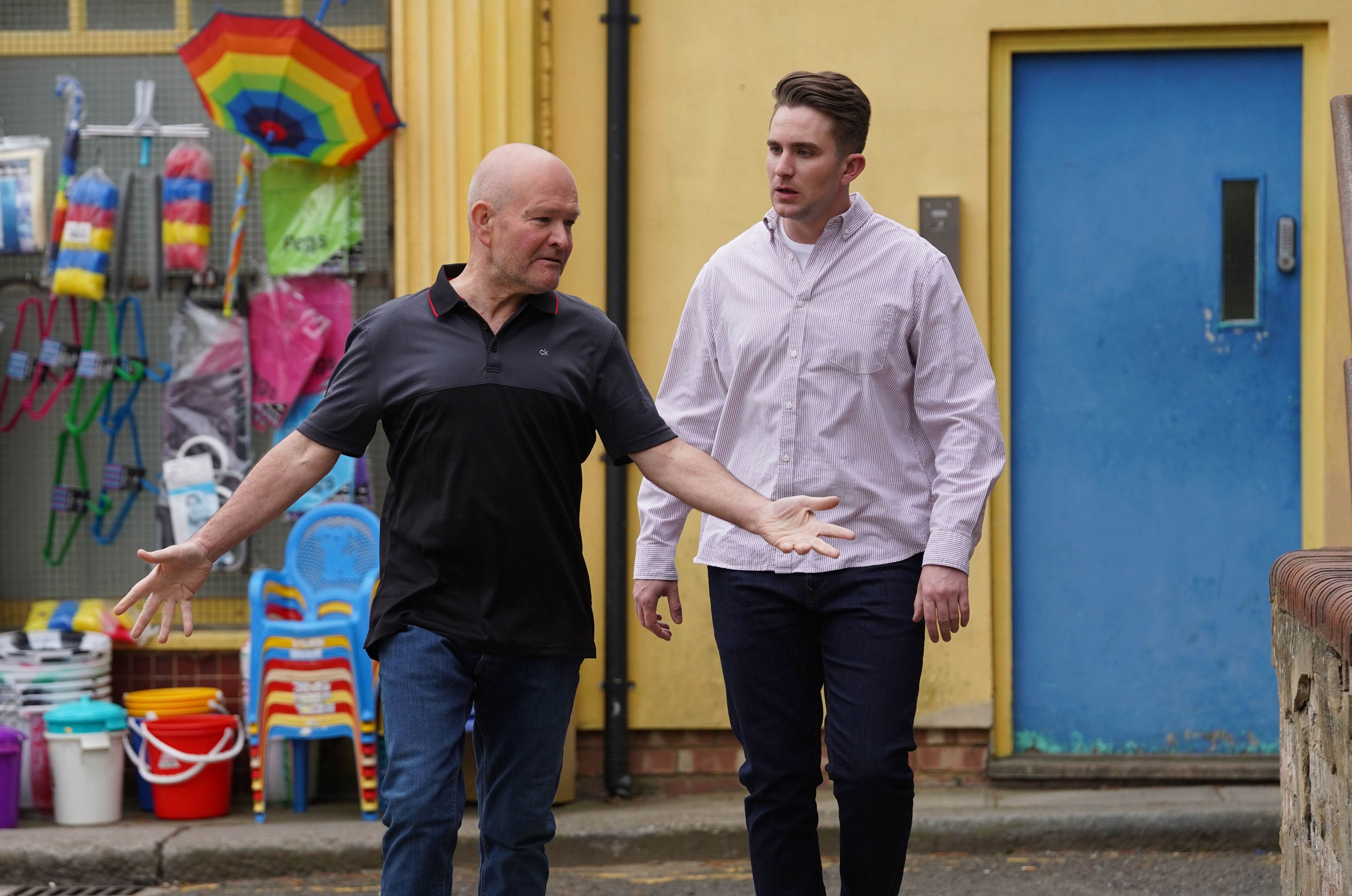 The recently returned revenger already had a run in with Jonno during Monday night’s episodes when he ranted to Ben and his dad Phil as the Square geared up for its first Pride celebrations.

He ranted: “In our day, if you didn't know your back from your front, you'd have the sense to keep quiet about it!

"Now, they're shoving it down our throats! Why is it something to be proud of?"

After Ben filled Jonno in on the fact he is actually gay, Phil stepped in and told Jonno to sling his hook while he still could.

And tonight they’ll lock horns again when Jonno goes for a drink in The Vic with Callum.

Callum finds himself hanging out with his old man after upsetting brother Stuart who had suggested spending some time together.

Their drink soon takes a sour turn when Ben arrives and starts antagonising Jonno about the comments he made during their first meeting.

While landlord Mick Carter warns Callum that his dad is bad news, Callum is worried when he realises that Jonno has followed Ben into the loos.

And it’s not to have a cosy chat as the two men quickly come to blows.

After the punch-up, Jonno is left seething and storms out of the pub with Callum in tow.

Later, Ben and Callum have a heart-to-heart and Ben offers Callum some advice about dealing with a homophobic dad. Will his words give conflicted Cal the confidence to be his true self? Probably not.

Jonno arrived in Walford during Monday’s double-bill after a reluctant Callum reached out to him after persuasion by fiancée Whitney Dean.

And while he didn’t make the greatest of impressions on Ben and Phil, Jonno charmed Whitney by offering to pay for her wedding dress.

EastEnders fans already have the new arrival pegged as the Square’s next big villain.