EastEnders star reveals 'panicked' Lewis does everything to 'avoid being shot' 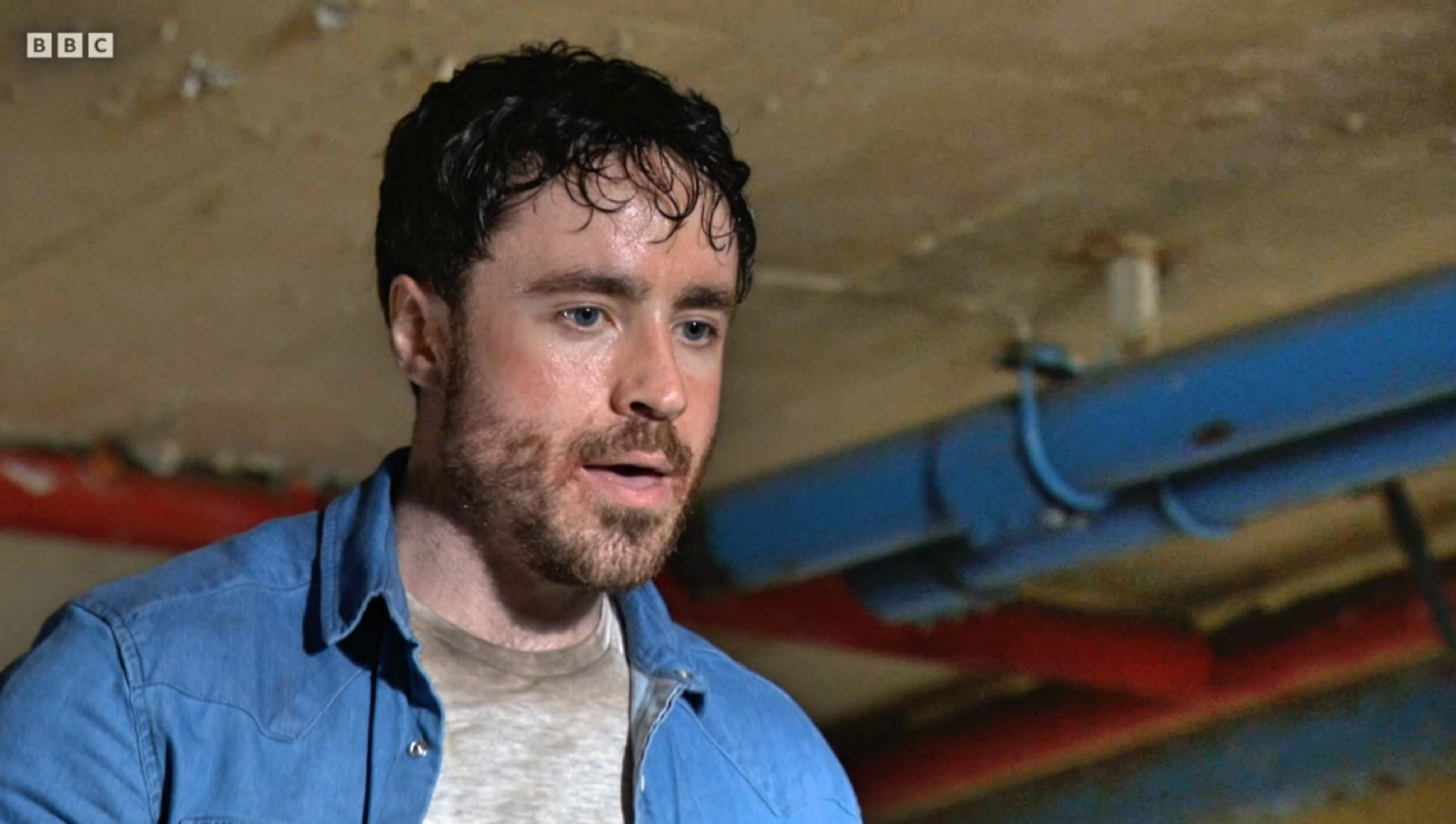 Lewis Butler’s (Aidan O’Callaghan) life is on the line in EastEnders, after Phil Mitchell (Steve McFadden) pointed a gun at his head, threatening to pull the trigger.

Sam (Kim Medcalf), meanwhile, is on a mission to make amends with Phil after her decision to sell drugs at Peggy’s led to Ben almost dying from an overdose, and she thought the only way to do so was to track down Ben’s rapist.

Lewis was captured by Zack Hudson (James Farrar), and subsequently delivered to Sam, who gleefully relayed her plan to Phil. Phil, however, was stunned, given that he has promised Ben to stay out of it.

Things, however, took quite a turn when Lewis escaped captivity and made off with Phil’s gun, and he later took both Phil and Sam hostage. Phil, out of options, tackled the rapist to the floor, where he proceeded to pummel him profusely, before pointing a gun at his head.

‘Lewis is absolutely panicking,’ actor Aidan O’Callaghan told Metro.co.uk, discussing the tense scenes. ‘The adrenaline is seeping through his head.

‘He wants that gun out his face. Phil is scary, he’s on top of him, and Lewis is begging, using everything he can to get out of that situation.

‘He’s doing everything he can to avoid being shot. He hasn’t been in a situation like this before, so he really is freaking out!’

It’s something of an intense week for the BBC One soap, with a multitude of twists and turns along the way, and Aidan told us that he was ‘delighted’ when he heard the storyline would play out in this fashion.

‘It was such a whirlwind of emotions!,’ he said. ‘When I first heard about the story, I was like: “Man, this is so exciting! Getting to work with such iconic characters on such an iconic show.”

‘You go through a rollercoaster of emotions: excitement working with Steve [McFadden], Max [Bowden] and Kim [Medcalf], but then potential sadness, wondering if this is the last week, or last episode.

‘As an actor, you tap into such heightened emotions, and it’s really rewarding to be given that space to go there with such interesting writing. It’s been fantastic.’

The latest episode of the serial drama left viewers on quite the cliffhanger, as Ben showed up to stop his dad from killing Lewis, before claiming that he would do it himself.

The question is: will he follow through? Will Lewis die? You’ll just have to tune in to find out.

EastEnders continues Wednesday August 17 at 7:30pm on BBC One, or stream the next episode on BBC iPlayer right now.