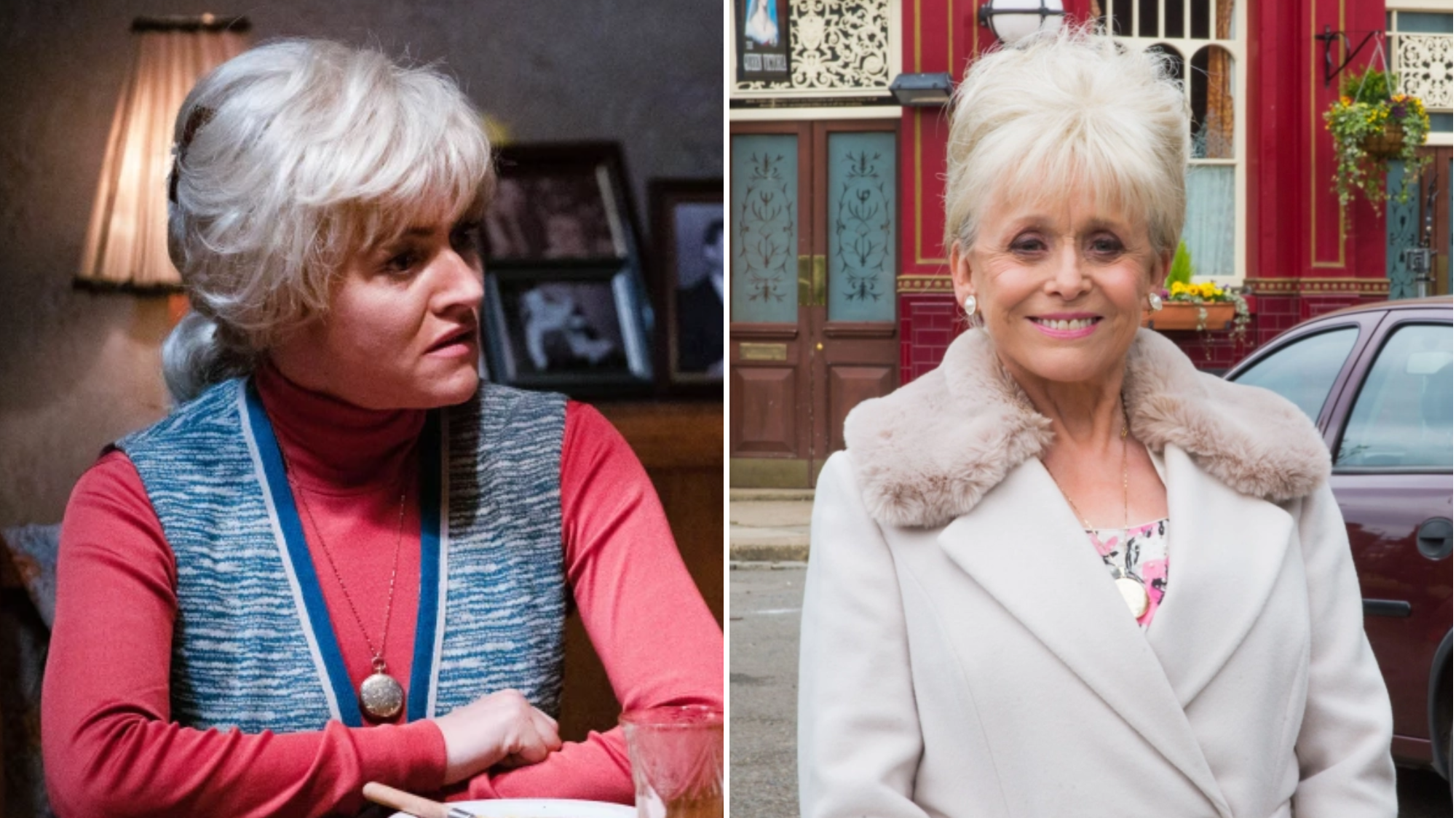 Jaime Winstone has opened up about how a sign that she believes was from Dame Barbara Windsor led her to accept the offer of playing Peggy Mitchell in EastEnders.

The actress, who portrayed Dame Barbara in biopic Babs, will take on the mantle of Mitchell matriarch Peggy in a one-off flashback episode of the BBC One soap, set to air next week.

The Dead Set star initially had doubts about saying yes when the role was offered to her, but revealed that she ultimately accepted after what a ‘sign’ from Barbara.

‘When I got offered the part, I felt: “Is this something I should do, am I risking getting typecast?”, Jaime told Metro.co.uk.

‘So I did actually have a little word with Barbara, up above, and I got my signs and I just felt like it was written for me.

‘I felt like I got the go ahead and [Barbara’s husband] Scott approved it, so I was completely honoured, and I definitely drew from so much experience spending with her in my personal time. It was fantastic.’

Elaborating further on the sign she received, Jaime told us that it was a visit from a butterfly.

‘It was a little blonde butterfly that kept coming in my garden!’, she said. ‘I’ve got a little dog Donnie, and we don’t normally get too many butterflies in the garden because he goes for them, but that was my sign and I thought “That’s her.” You know when you know.’

Discussing what she reckons Barbara would think of her taking on the role of Peggy, Jaime said that she believes the legendary star would ‘love’ it.

‘[Barbara] was very funny when we worked together and I obviously have such a deep connection with her and ultimate respect for her,’ she added.

‘There was certain things going: “Oh god, would she want someone else to do it?” I think she would love it.’

The special flashback outing of EastEnders will see viewers transported back in time to the winter of 1979, as the Mitchell family’s very-chequered past is explored.

Peggy will have her hands full between keeping Phil, Grant and Sam – and the household – in line.