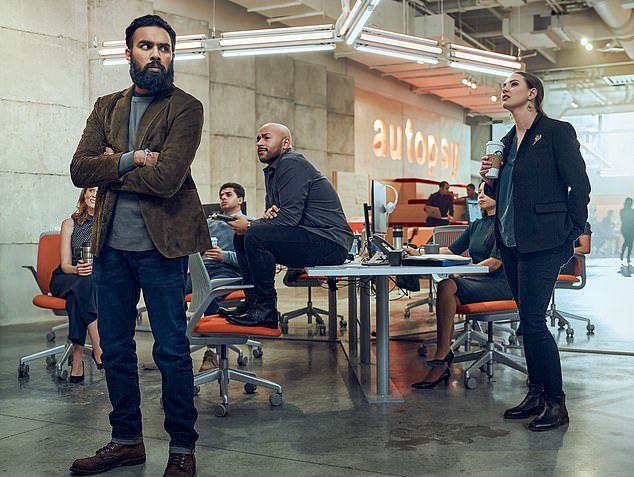 Everyone is talking about the Netflix film Don’t Look Up – but did you know a former EastEnders star features in it?

The disaster movie follows two astronomers who attempt to warn humanity about an approaching comet that will destroy human civilisation.

Convinced the comet is large enough to cause a planet-wide extinction, protagonists Kate and Randall present their findings to the White House, but face countless problems in trying to warn everyone that humanity is in serious danger.

Himesh, known for portraying Tamwar Masood in the BBC One soap, plays the role of Phillip in Adam McKay movie.

Many EastEnders fans were quick to recognise him in the film and have tweeted their thoughts, with some commenting on how well the star has done since leaving the BBC One serial drama.

‘Himesh Patel aka Tamwar from Eastenders has really done well for himself. Gone from being in Eastenders to acting along side Leonardo DiCaprio in a star studded movie. You love to see it’, one Twitter user wrote.

‘Can’t believe Tamwar from Eastenders is in a movie with big big Leonardo Di Caprio, Meryl Streep, Jennifer Lawrence and Jonah Hill lol! I feel like a proud mum’, another added.

That same year, he would play a key role in Christoper Nolan’s Tenet, which, after being delayed three times due to Covid-19, was the first major Hollywood film released following the pandemic shutdown.

Next year, Himesh will voice the character of Keith in the animated movie The Amazing Maurice.