Phil Mitchell (played by Steve McFadden) has ruled Walford with his criminal antics for years, but always managed to slip away from facing any consequences from the law. The EastEnders hard man stunned fans of the BBC soap when he agreed to become an informant to get out of jail, but instead of helping the police, he’s been warning the criminals on their radar. When DCI Samantha Keeble (Alison Newman) finds out, she gives him an ultimatum. Could this lead to Phil being exposed?

She assumes he knows Jonah Tyler (Mark Mooney) but he explains he’s looking for Phil.

When she discovers he is working with Suki Panesar (Balvinder Sopal), she throws him out.

Ravi waits at home for Phil and he nearly catches him on the phone with Keeble, who is demanding names.

After Ravi has left, Phil makes a phone call to a contact, Dodge, to try to get dirt on Keeble. 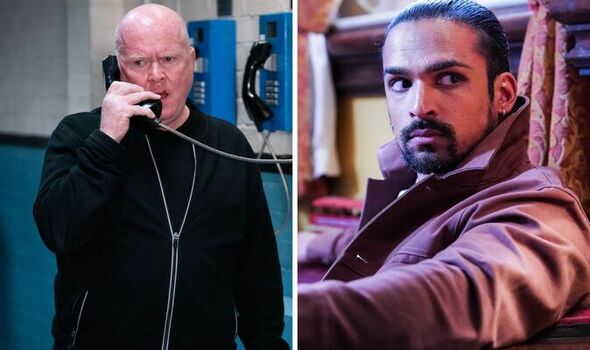 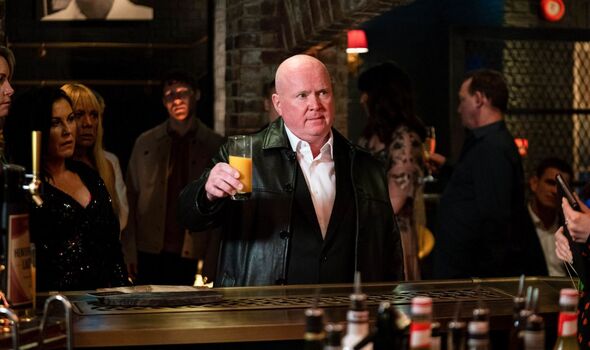 Kat Slater (Jessie Wallace) warns Phil not to ruin their wedding and to get Keeble off his case.

Phil meets with Dodge and gets some information on the officer, before warning him to get out of the country.

Phil and Keeble meet and she reveals her anger at Phil for telling everyone on her list to get out of the country.

Keeble is taken aback when Phil reveals he knows she has an ulterior motive.

In response, she hands him a photo of someone and demands information on them otherwise he’ll be back in prison. 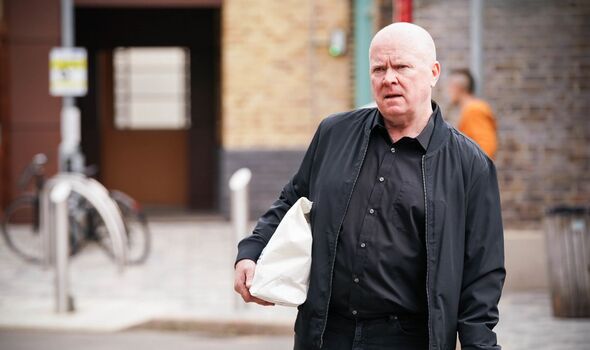 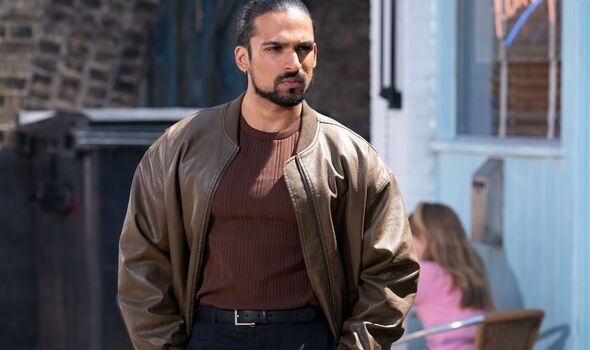 Phil is famously “not a grass” and initially opted to remain in prison rather than help the police.

However, with so much going on at home with his family, including Ben Mitchell’s (Max Bowden) rape, Phil had a change of heart.

Sharon Watts (Letitia Dean) had pleaded with her ex several times to reconsider and take the deal.

She revealed to him a couple of months ago that Ben had spiralled and was behind the Walford attacks.

“If Ben was in trouble, I’d know about it,” Phil argued when Sharon went to visit him.

“I’m not lying Phil, I wish I was,” Sharon insisted but he initially refused to believe her.

“No, no until I hear different from my associates, nothing’s changing,” he replied.

“Kat’s in way over her head,” Sharon pointed out. “And he’s all over the place.”

Phil replied: “She knew it weren’t going to be easy and I trust her. She’ll make it work.”

“You’ve heard about these attacks?” Sharon whispered, to which Phil asked: “Some head case doing people in?”

Sharon nodded and Phil asked: “Ben? Why?” as his ex explained how Ben is going on a rampage to protect himself and Callum.

“Phil, he’s not coping, you’ve got to tell Ben to back off from the businesses before he does some real damage.”

“And where would that leave Kat?” Phil responded, but Sharon explained she couldn’t get through to Kat.

“There’s one way we can sort all this… take the deal and come home,” Sharon suggested.

Weeks later, Phil stunned everyone by walking into Peggy’s.

Clearly, he’d already made up his mind he wasn’t going to assist the police.

But with Keeble onto him, he may have to prove his loyalty. Who could have been in the picture the officer displayed?

It may possibly be Ravi, who has taken a keen interest in Phil and what he is up to.

He almost discovered Phil’s secret when he nearly overheard him on the phone, so it’s likely he will come across evidence of Phil being an informant if he continues to follow him.

Will Ravi expose Phil’s secret to the criminal world, leaving Phil with no option but to flee for good?

His upcoming wedding to Kat is bound to be explosive – could this be when Phil learns he is at risk and decides to do a runner?

EastEnders continues on Thursday at 7.30pm on BBC One.