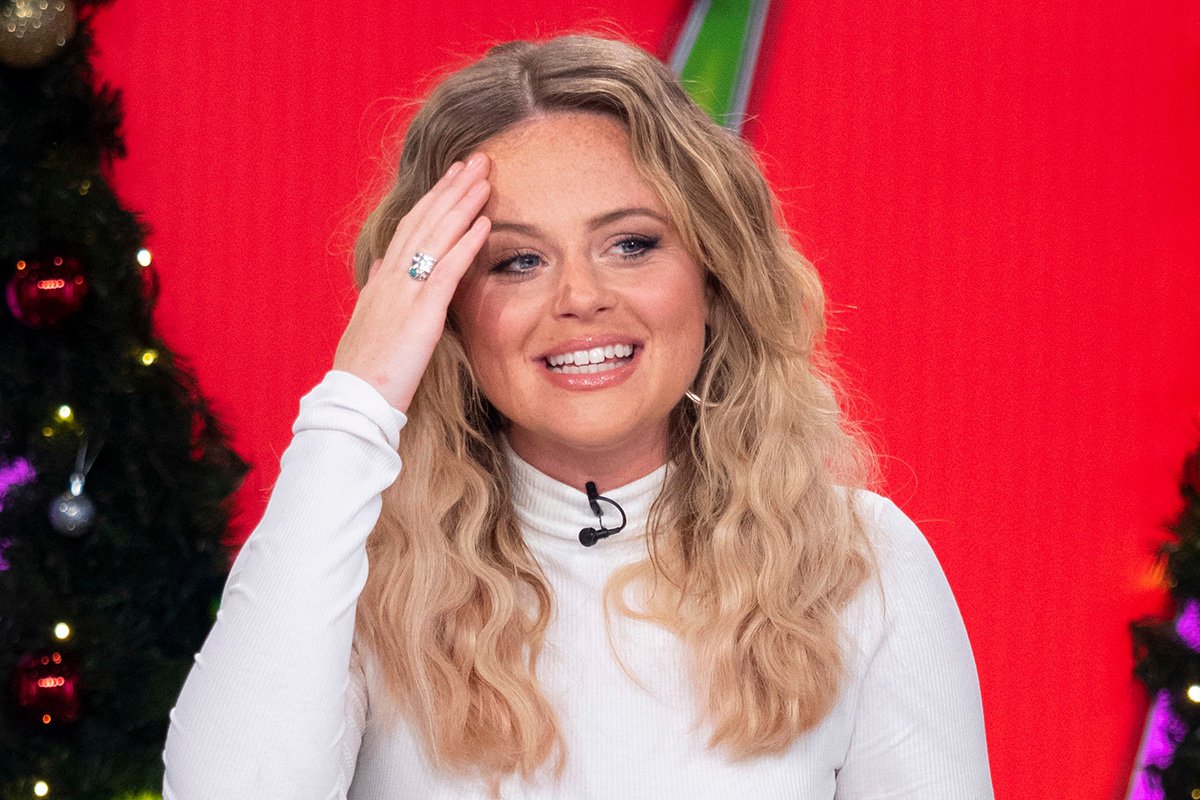 Emily Atack has claimed I’m A Celebrity…Get Me Out Of Here! producers locked her out of her hotel fridge when she took part in the show in 2018.

The Inbetweeners star was left frustrated that she couldn’t help herself to the goodies in the fridge when she went into hiding before her stint in the jungle in Australia.

Appearing on the What’s Upset You Now? podcast, Emily explained one of her pet peeves was being misled by ‘fake’ mini bars.

She said: ‘The mini bar situation is I cannot…decide whether you’re going to have a mini bar or not.

‘Don’t put one of those cupboards where you think, “There we go, the cupboard of dreams”, you open it up and it’s empty. A fake mini bar, I’m very upset. What is the point of that?’

‘I went to open it and production had literally put a lock and a bolt on all of the stuff so I couldn’t get to it.

‘I went downstairs to reception, I said, “Sorry could you unlock my minibar?” I just thought that was normal that you had to come and get someone to come and take the padlock off and she went, “We’ve actually been told by production to keep that on there for you.” I was like, what?’

The TV star added that ‘no one else’ in that year’s line up had experienced the same thing before their stint in the jungle.

Emily finished runner up on I’m A Celebrity…Get Me Out Of Here!, and appeared alongside the likes of Fleur East, Noel Edmonds, John Barrowman and Harry Redknapp, who went on to win the show.