He spent much of the episode in the pub alongside fellow farmhand Pete Barton (Anthony Quinlan).

And after they mentioned how busy the farm was, viewers were left scratching their heads.

One tweeted: “If that farm is that busy, how come both Pete and Nate are in the pub?”

“Really busy on the farm but Nate is having a pint”

While a third wrote: “Really busy on the farm but Nate is having a pint. Okie dokie then.”

This week in the soap, Nate encourages Amy to seek custody of little Kyle after noticing a frosty exchange between Cain and Moira.

As the situation continues, Nate decides he’ll do whatever he can to get one over on Cain.

The next day, he’s happy to see that things are still a bit tense between Cain and Moira.

Later, Moira is concerned that she’ll be working with Nate in the barn but he’s pleased to see she’s worried.

Moira tries to convince Nate that she really feels nothing for him. 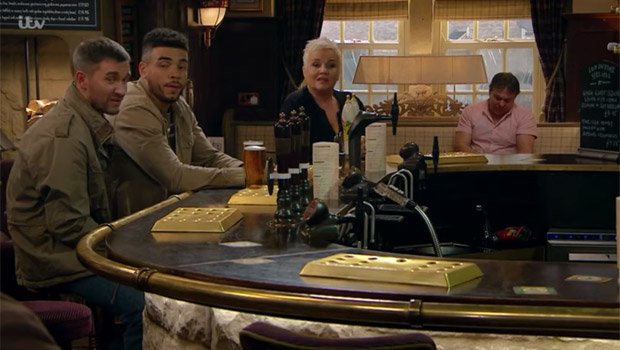 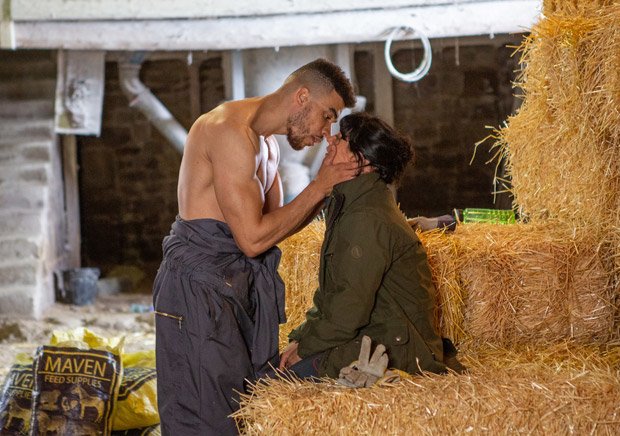 In the pub, Cain decides he’s keen to get back to the farm and prove himself to Moira.

But on the farm, Moira finally gives into temptation when Nate pulls her in for a kiss.

Will Cain catch the duo in the act?