Emmerdale viewers tuned in to see a dramatic showdown between Faith Dingle (played by Sally Dexter) and her daughter Chas Dingle (Lucy Pargeter) tonight as the secret behind the sex of Chas and Paddy Kirk’s (Dominic Brunt) baby was exposed.

With both of the ladies throwing some extremely harsh words at one another, is there now a huge rift between them and are they able to work past it?

Following their last baby scan, Chas and Paddy decided they didn’t want to know the identity of their baby and would rather find out whether they were having a boy or girl to the moment their child was born.

In a touching scene, they visited Grace’s grave and left the letter containing a recent scan and the details of the baby’s sex with her, but this week Chas explained how the note had blown away.

During last night’s instalment of the soap, Bear Wolf (Joshua Richards) found it when sweeping up outside.

Convinced by Faith to open the letter, the two of them found out they were going to be having a grandson, and while they were determined to keep the secret to themselves and not ruin it for Chas and Paddy, tonight those watching at home saw the secret exposed after Chas accused them of having an affair.

“We need to sort this out,” Faith argued and Chas stubbornly replied: “I’ve got nothing to say to you.”

“I regret what we did, hand on heart, I swear that letter just dropped from the heavens and if Bear hadn’t spending it somebody else would!” Faith continued.

“Oh, so you’re saying you did me a favour now?” Her daughter suggested and her mother responded: “Stop twisting things! How can I make it any worse when my own daughter won’t speak to me. I am stopping here until she sees sense. Why do you have to be so melodramatic? It’s not the end of the world!”

Not understanding the reason why Chas and Paddy wanted to keep their baby’s sex a surprise, Chas exclaimed: “Right, get her out now before I kill her.” Before dropping her mother in it: “You always had more than one man on the go…” 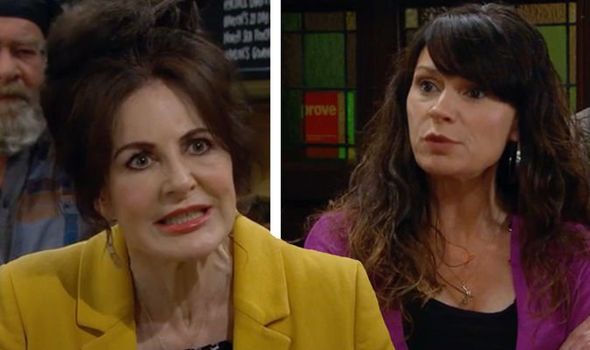 “Tell you she’s been sleeping with Bear,” Chas smugly commented.

In the next scene, Faith struggled to explain herself to a very annoyed Eric: “Alright, so we kissed, but it was ages ago and it meant nothing! I swear on my life, we are not having an affair!”

After remarking she may have jumped to conclusions, Chas continued to bicker with Faith until Paddy interjected: “Faith, Faith. Eric’s gone.”

Realising her partner had left the pub, Faith sternly stated to Chas: “I will never forgive you this” before storming out after Eric. 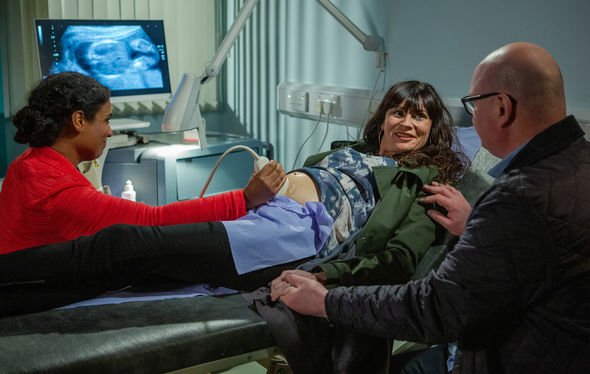 Will Faith and Chas apologise to one another?

Emmerdale fans know how stubborn the Dingle women are, but will they be able to reconcile?

With Chas having another child, she is going to need the support of her mother now more than ever, but whether she can put the betrayal behind her is another idea.

Elsewhere in the village, Jessie Dingle (Sandra Marvin) is going to uncover a sinister secret.

According to official soap spoilers, viewers are going to tune in to see the headmistress announce a skeleton of a baby has been found in the school grounds.

And the mother is someone living in the village – but who is it and how did the baby die?