Emmerdale spoilers: Leyla Harding ‘engaged’ to mystery man – who is it?

Leyla Harding (played by Roxy Shahidi) and Liam Cavangh (Johnny McPherson) have had an incredibly turbulent relationship. With poor communication, the Emmerdale couple are constantly arguing and splitting up. During a recent episode of the ITV soap, the Take A Vow businesswoman revealed her desire to get married once more, but with her relationship with Liam on the rocks, who will get down on one knee?

“How did it go with Laurel?” Leyla asked Gabby Thomas (Rosie Bentham) when she spotted her in the village.

“Good, we just watched TV, had some dinner and sorted it all out,” the tearaway teenager asked.

“We both apologised, and we were looking at inspiration for my bridal hair mood board, up-do chic and tiara and veil!”

“Think that will be my inspiration if I ever get a chance to walk down the aisle again,” Leyla replied. 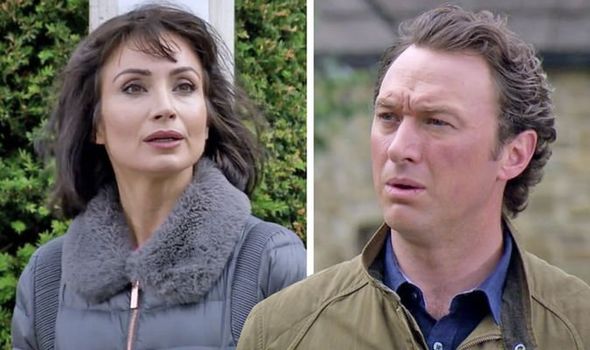 “What, if?” Gabby questioned.

“Well, it’s not going to happen in this lifetime is it?” Leyla explained.

“You know Liam couldn’t even be bothered to text. I haven’t heard from him since yesterday.”

“Sorry, that was probably my fault, but that was really nice of you though, cancelling your plans though,” Gabby said. 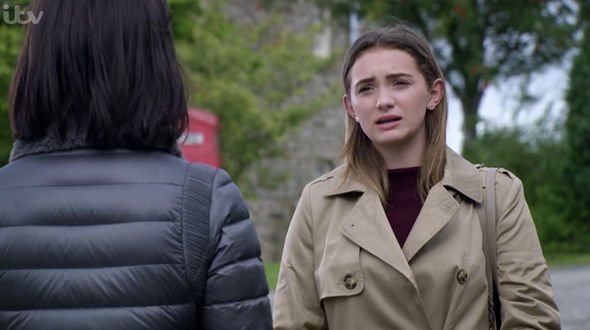 “If Liam can’t see a friend in need comes first then that’s his problem, I’m not chasing him,” Leyla commented as Liam walked up behind her.

The doctor asked: “Leyla, everything alright?”

“I’ve got to dash, I’ve got a virtual meeting about the Narnia wedding, I’ve got to source some silver reindeers,” she said, clearly avoiding him.

Leyla has had strong feelings for Liam for quite some time, even when he was dating Bernice Blackstock (Samantha Giles).

Fans of Emmerdale will remember how Liam and Bernice were engaged, but the latter broke off the engagement once she moved to Australia.

Liam was utterly devastated but quickly found comfort in Leyla.

With Liam having popped the question once, will he do it again?

Or perhaps he is a little more cautious, worried his heart will be broken once more…

Should this be the case, it wouldn’t be surprising if Leyla gave her boyfriend an ultimatum.

If he needed more time than she did, there could be a split on the horizon – unless he wanted to keep their engagement a secret for a while?

As for whether or not Leyla will ever find out it was Gabby who deleted Liam’s text messages, viewers will have to wait and see.

Emmerdale airs Monday, Wednesday and Friday at 7pm on ITV.