Paul (played by Reece Dinsdale) has become one of Emmerdale’s most notorious villains as he has been abusing son Vinny Dingle (Bradley Johnson) and setting up his own kidnap to get money. It seems the violent character will stop at nothing to ensure his troublesome ways are kept under wraps as he wants to have his happily-ever-after with Mandy (Lisa Riley). Although viewers of the ITV soap know the bride and groom-to-be have a complicated past together, they don’t know what the gambling addict got up to before he met the love of his life. With Vinny’s mother never mentioned, could it be that Paul killed the off-screen character many years ago?

The villain and his fiancée first met when his son was nine months old and Mandy has nurtured Vinny as if he were her own.

When the youngster started school, two days later his father left the family home and never returned, leaving his lover and child to navigate through life together.

It was explained the troublesome character had got himself into debt and his gambling addiction drove him away.

However, he could’ve also been dealing with the guilt of murdering his first wife and Vinny’s mother in a heated argument.

Viewers know Paul has the anger within him to kill someone but if he has claimed someone’s life before, could one villager be his next victim? 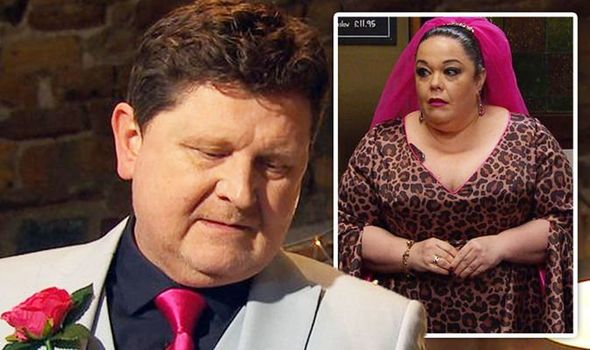 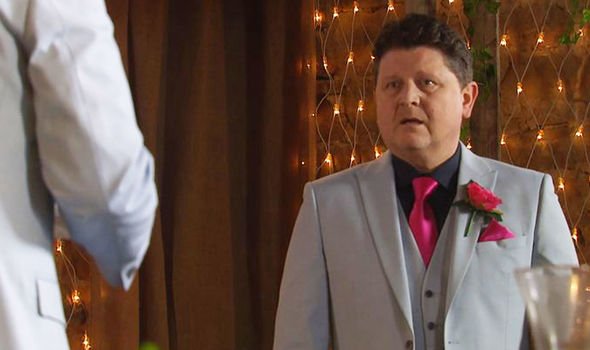 With little known about Paul’s first wife, this theory might not be out the question and the actor who plays him, Reece, has hinted his character could have a dangerous past when asked if his alter-ego would ever hit a woman.

Speaking with Express.co.uk and other press, the soap star said: “We’ve never had any proof of Paul hitting a woman.

“We know that his father hit him, always. He was a drunken gambler who would and beat him and he learned very quickly how to protect himself.

“And then he learned how to hit other people and share that terrible violence but there is no evidence of him ever hitting a woman.” 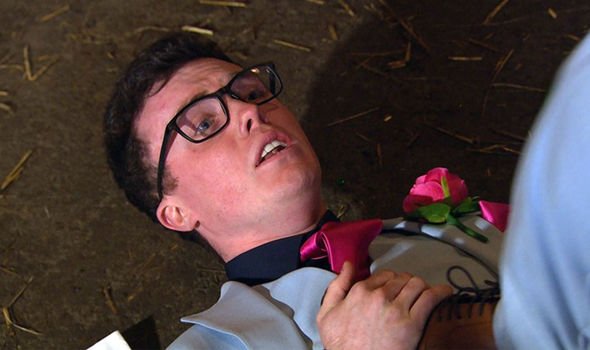 Paul learned very quickly how to protect himself

“In fact, the one woman he would not entertain for a second [hitting] would be Mandy Dingle if that was the case,” the actor explained.

“He’s known her for all these years since Vinny was a baby and there wouldn’t be a wedding if there was an inkling that he would [hit] a woman.

“However, he’s a cornered animal now. He’s trapped and there’s somebody with all the cards,” he continued, referring to how Vinny knows about the dark deeds Paul has been up to since he arrived in the village.

This is why viewers believe the villain has been assaulting his son but could there be another, more damning reason for his destructive and abusive behaviour? 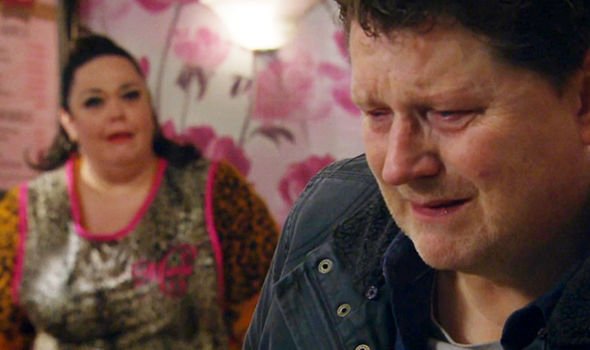 If Paul did kill his first wife, this is why he might be taking his anger out on Vinny as he reminds him of his dark secrets.

There might be no evidence he’s hit or murdered a woman before but that’s because the villain could have covered his tracks so well.

Unfortunately for the youngster, he will be at the brunt of the troublesome character’s fury on the wedding day and doesn’t realise there could be a more menacing reason why his father is assaulting him.

Despite putting his son in the hospital in recent scenes, the villain will unleash his anger once more and give the young man one of the worst beatings of his life.

It’s been revealed at least one character will lose their life on Monday’s wedding day as disaster unfolds in the village.

If Vinny were to exit as a result of being killed by his father, Paul would have to live with the fact he murdered his son and his first wife.

The villain is devious so would be do anything to harbour the secret he took the youngster’s life but will the guilt eat him up?

Another resident of the Dales could be in danger if the troublesome character confesses all but realises he needs to get rid of them, too.

Will the events of his wedding day lead to a descent into murder as Paul struggles to contain his anger and his dark ways?

Discussing playing such a complex character, Reece said: “I love playing him but I don’t love him just because he is complicated, he is complex.

“The last thing I wanted was to [make him a comic book villain]. I tried my best to make him a human being.

“Bad people or troubled people don’t walk around with trouble written across the top of their forehead. Not very often,” he continued, explaining why some of this character’s villainous behaviour was subtle, to begin with.

Is his comeuppance on the horizon?

If you or anyone you know has been affected by this storyline, ITV have a wide range of information and support regarding domestic and child abuse. See the full list of helplines and charities here.