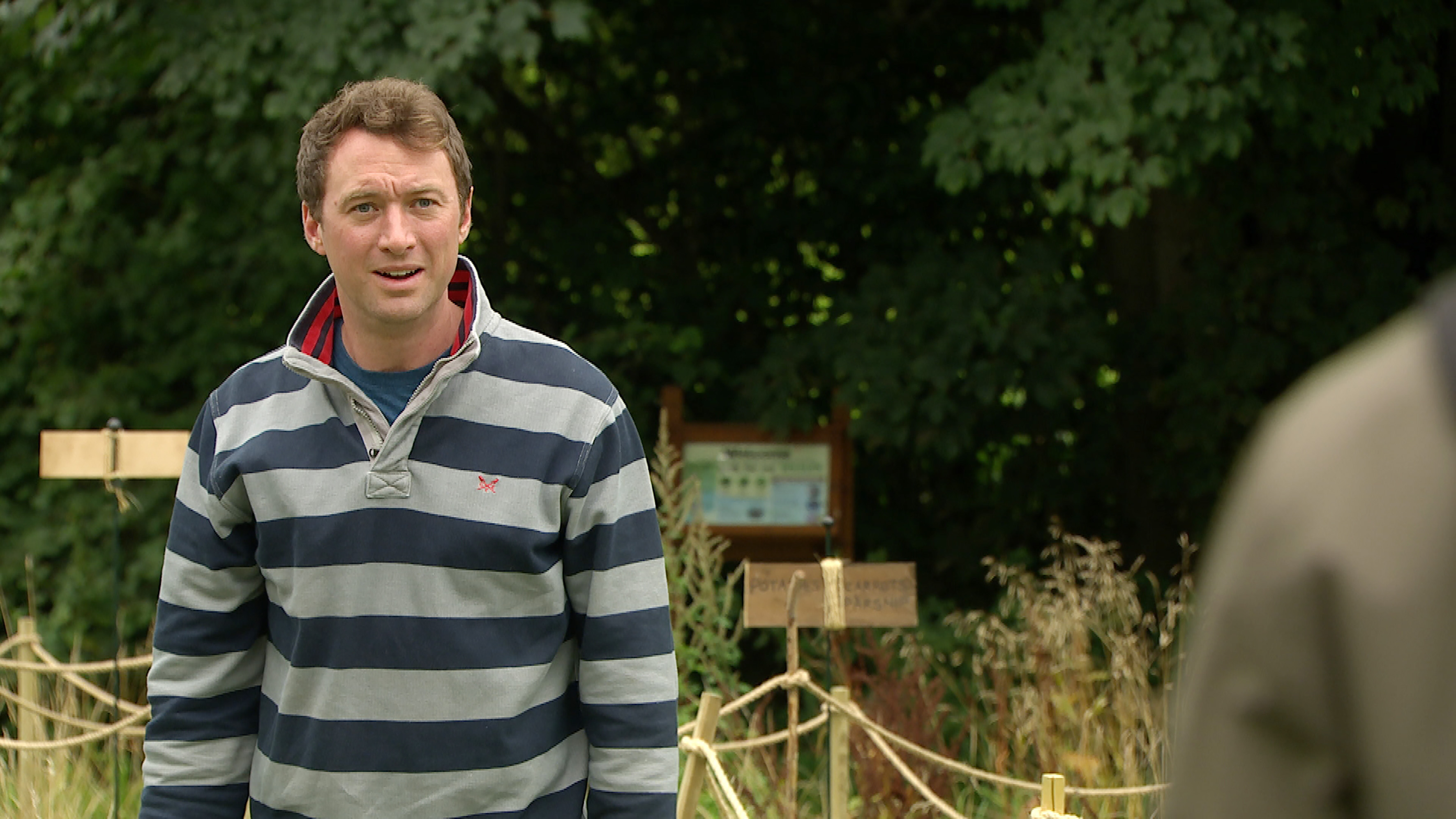 Emmerdale viewers have done nothing but praise Jonny McPherson for his outstanding performances throughout Liam Cavanagh’s grief storyline.

The doctor spiralled out of control following Leanna’s (Mimi Slinger) death a few months ago.

Liam’s anger and negative emotions saw his relationship with Leyla (Roxy Shahidi) break down and most recently, he spun a lie about working at the hospital when in reality, he was visiting Lara’s grave and his home where Leanna grew up.

Jonny McPherson has received many messages from people in Liam’s situation be it from a grief perspective, or mental health struggle.

As Liam looks to the future, Jonny McPherson has opened up about his character’s storyline and how he hopes viewers can see that no matter the trauma, terror or devastation in someone’s life, they can eventually start to heal:

‘I think any human who’s going through trauma or grief, it’s easy to just sit down and wallow in it and stagnate. If you can find the wherewithal to drag yourselves out and start the first steps towards doing something constructive or positive, you might feel like you’re climbing a mountain but you will get to the summit. You may think it’s unreachable, but it’s just about taking those steps and then getting momentum.

‘I think that’s what he’s done with this allotment. He starts by trying to create a greenhouse out of plastic bottles, which sounds straightforward but he falls over repeatedly in the initial stages. Once he starts pushing through and gathers some momentum, it just does him the world of good.

Liam will turn his attention to his new allotment in upcoming episodes, using it a positive, healthier way to connect and feel closer to Leanna.

‘Leanna was obviously a real champion for sustainability, I think most kids her age are’, Jonny adds.

‘So, he takes that on himself as a kind of legacy and takes it upon himself to promote environmentalism, I suppose.’

Discussing the heart breaking scenes that followed Leanna’s death, Jonny said: ‘The immediate aftermath, I was quite shocked that people would come up to pat me on the shoulder. The most moving of interactions that I ended up having when I was wandering about in Leeds, was when people said: “I lost a child” or “I recently lost my father”’.

‘That’s what we’re all aiming for, the writers, actors and producers, to get that sort of direct feedback on the street was massive and so important.’