Home » Emmys 2021: All the winners as The Crown and Ted Lasso dominate

Emmys 2021: All the winners as The Crown and Ted Lasso dominate 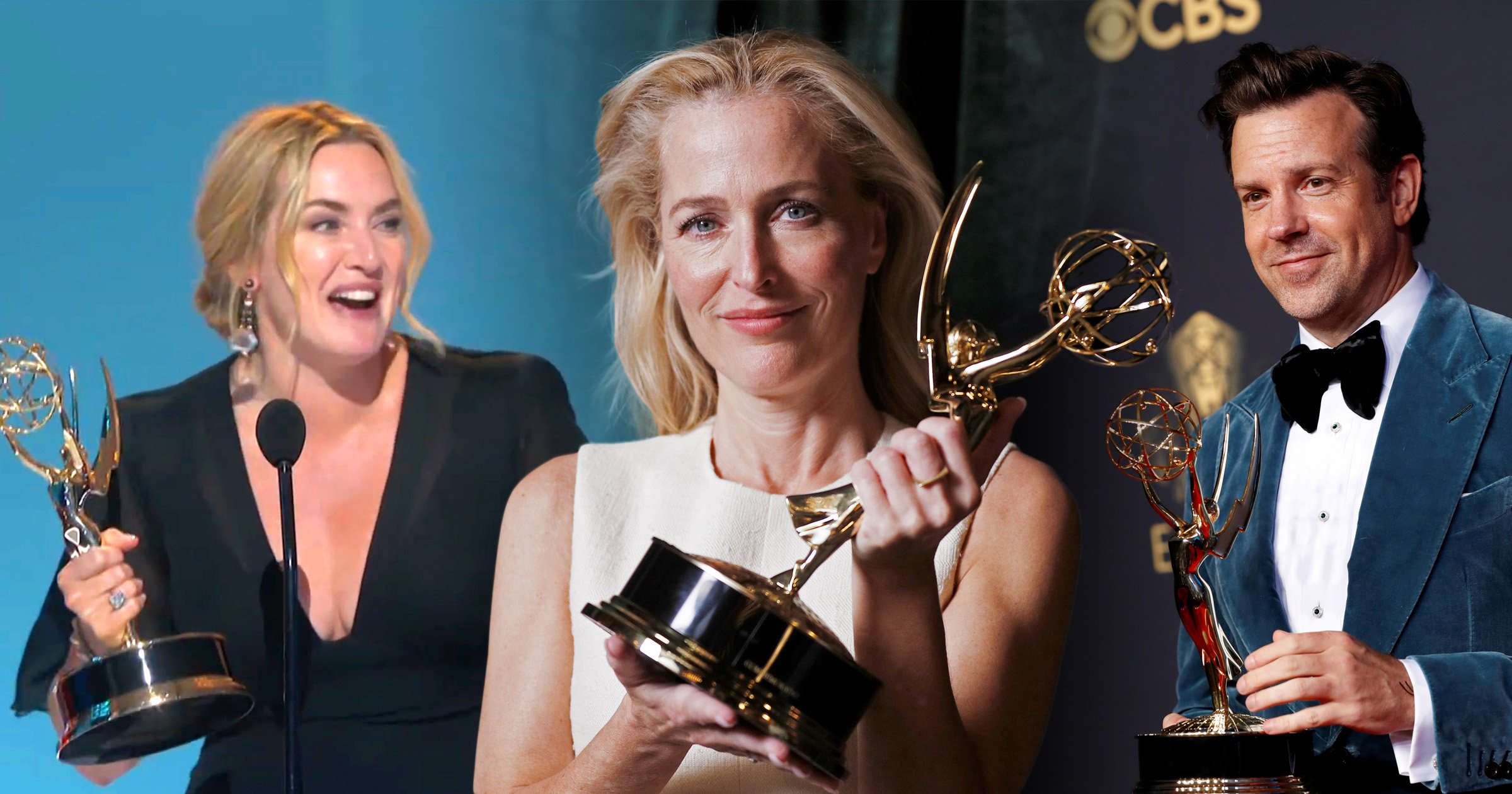 The 73rd Emmy Awards saw shows Ted Lasso, The Queen’s Gambit and The Crown win big as Hollywood stars celebrated the past year of television on Sunday night.

Hosted by comedian and actor Cedric the Entertainer, streaming services such as Netflix and Apple TV enjoyed huge success as they walked away with the majority of the top gongs.

The likes of host Cedric, rapper LL Cool J, and actress Rita Wilson worked together to kick off the show with a musical number that parodied the late Biz Markie’s hit, Just a Friend.

Ted Lasso enjoyed the first two wins of the night with stars Hannah Waddingham and Brett Goldstein beating competition from some of their own co-stars to bag the win.

In one of the night’s least surprising moments, Jason Sudeikis won outstanding lead actor in a comedy series.

He was recognised for his lead role in Ted Lasso, playing the titular American football coach parachuted into managing a Premier League team.

Sudeikis said the comedy series is about family, mentors and teammates, adding he would not be on stage without them.

Host Cedric lived up to his name as he entertained the crowd with jokes about the fact guests had to be fully vaccinated in order to attend.

He quipped: ‘We had to get vaxed to come here. I did not have a reaction like Nicki Minaj’s cousin…I got Pfizer, that’s the Neiman Marcus of vaccines. Moderna is Macy’s. And Johnson & Johnson is TJ Maxx.’

Cedric later joked that there is a lot of pressure on him as a Black man hosting such a major awards show, stating that Black people ‘think I can give an award to anyone.’

Mare of Easstown and The Crown soon began to pick up gongs, with the live feed heading over to London where the likes of Gillian Anderson were gathered to learn about their wins.

Kate Winslet has triumphed in one of the night’s most competitive categories – outstanding lead actress in a limited or anthology series or movie.

The decorated star was recognised for playing a vape-smoking small-town detective in Mare Of Easttown, one of the year’s most talked about dramas.

Accepting her prize, Winslet said the decade must be about ‘women having each other’s backs’.

The Crown stars Gillian Anderson and Tobias Menzies won supporting actor Emmys for their portrayal of Margaret Thatcher and Prince Charles the Duke of Edinburgh.

Their co-star Olivia Colman won outstanding lead actress in a drama series for playing the Queen, taking the Emmy ahead of co-star Emma Corrin.

Meanwhile, Josh O’Connor took home the award for outstanding lead actor for his portrayal of the Prince of Wales in the hit drama series about the Royal Familu.

Despite a record number of nominees, no actor of colour had success in any of the major acting categories.

However, I May Destroy You’s Michael Coel did win the award for outstanding writing for her work on the poignant drama.

The award ceremony, which is usually been held at The Microsoft Theatre, took place in a tent in downtown LA this year, after 2020’s ceremony was held virtually due to coronavirus restrictions.

The Mandalorian (Disney Plus)

Lead Actor in a Drama Series

Sterling K. Brown, This Is Us

Supporting Actor in a Drama Series

Chris Sullivan, This Is Us

Lead Actress in a Drama Series

Supporting Actress in a Drama Series

I May Destroy You (HBO)

Lead Actress in a Limited or Anthology Series or Movie

Michaela Coel, I May Destroy You

Supporting Actress in a Limited Series or Movie

Lead Actor in a Limited or Anthology Series or Movie

Supporting Actor in a Limited Series or Movie

Paapa Essiedu, I May Destroy You

Outstanding Writing for a Limited or Anthology Series

WINNER: Michaela Coel, I May Destroy You

Lead Actress in a Comedy Series

Supporting Actress in a Comedy Series

Lead Actor in a Comedy Series

Supporting Actor in a Comedy Series

The Daily Show with Trevor Noah

The Late Show with Stephen Colbert

September 19 marked the return of in-person attendance, however, the socially distance seating plan meant that only 500 guests attended compared to the several thousand in previous years.

Fully vaccinated attendants had to follow strict Covid-19 protocols throughout the ceremony, including testing and wearing a mask when they were not on camera.