Home » TV & Movies » ‘Everything I Know About Love’ Review: Fun, Frank Look at Friendship and Romance in 2012 London

‘Everything I Know About Love’ Review: Fun, Frank Look at Friendship and Romance in 2012 London

The first (and hopefully not last) season of “Everything I Know About Love” runs for seven episodes. It’s an odd length for a TV season, but this is a show where that lack of a round number makes perfect sense. It’s such an effective form of TV-as-memoir that every episode feels like it could be its last. A snapshot in time of four friends living in London in the summer of 2012, the Peacock original captures the feeling of a group of people who recognize their whole lives are ahead of them, made from chapters that could start or end at any minute. Packed with mid-20s energy and angst, occasional flippancy and real heart, “Everything I Know About Love” justifies giving a date barely a decade past a full and thoughtful revisit.

Based on the book of the same name by Dolly Alderton, who leads the adaptation efforts, the first season follows Maggie (Emma Appleton) as she navigates life in London a few years removed from college and without a steady full-time job. Her partner-in-crime and best friend Birdy (Bel Powley) takes a more measured approach to dating and postgrad risk-taking, as opposed to Maggie’s spirited nightly searches for adventure. Amara (Aliyah Odoffin) is the furthest along in a traditional career, but nurses some creative ambitions of her own. At the show’s outset, Nell (Marli Siu) is the only member of the friend quartet who’s in a long-term relationship, returning home to some romantic stability after the group’s shared late nights out.

After clearly delineating who these young women are, “Everything I Know About Love” gives each young woman room to grow beyond the easy one-sentence descriptions of what separates them from their close pals. As the closest Alderton analogue, Maggie gets the most attention. The show weaves through her flings and heartaches in the most detail, though it’s savvy in comparing her romantic choices to those made by everyone else in the inner circle.

The cheeky opening disclaimer posits that these experiences were all taken from real life, except the ones that weren’t. At times, you can feel the creative liberties taken to boost up a sequence or two. (Maggie’s eventual work on a hit reality TV show is probably the clearest example.) But there’s a specificity in so much of this season — from conversations around a dining room table to job interview outfits to the phrase “commiseration fajitas” — that feel too personal to not have roots in something seared into a real person’s memory. Framed Black Keys posters, the rise of Tinder, and late night Ting Tings-backed dance parties all feel like natural outgrowths of 2012 rather than retroactively shoving in details from a particular time and place. 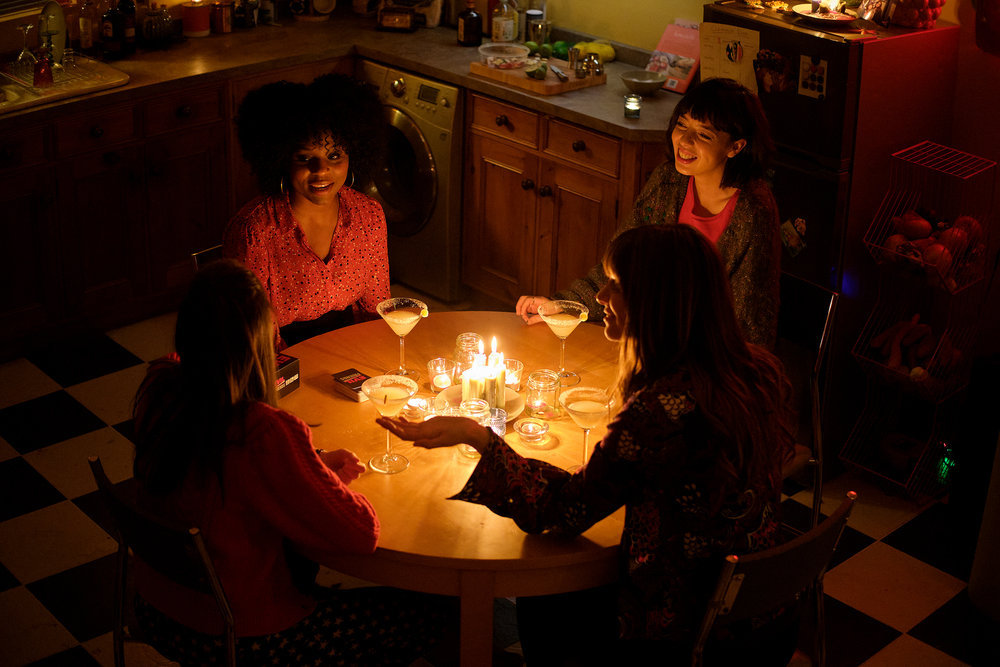 “Everything I Know About Love”

And that also goes for the broader give-and-take between these friends, a dynamic that can’t help but be relatable to people who weren’t necessarily discovering themselves during the middle of a city while it hosted the Summer Olympics. The four of them are united by something that goes beyond common interests, problems, or outlooks. The season offers plenty of examples where the four of them aren’t exactly aligned in traditional “best friend” ways. (That emerges most between Maggie and Birdy, both in the show’s present and flashbacks to various points in their friendship. When focused on the two of them, the show has the feel of a modern-day “The Pursuit of Love,” with two women inextricably linked despite the many ways in which they start to diverge.) As so much of the rest of “Everything I Know About Love” outlines, life is filled with choosing people for reasons you can’t explain. Sometimes, you’re physically drawn to people who are insufferable. Other times, it’s easy to push away people who truly care for you. Friendships can be a comfort blanket or a distraction. So can romantic relationships. This show takes an all-of-the-above approach that never feels overwhelming.

So this season is less a hodgepodge of fun memories to share at dinner parties and more like a meaningful collection of observations that gel together really well in the context of a TV episode. Directors China Moo-Young and Julia Ford find an ideal middle zone between merely presenting Maggie, Birdy, Amara, and Nell’s experiences and drifting off into a surreal interpretation of what life in your twenties just feels like. There are dance sequences and first dates and hookup montages that all feel tethered to something tangible.

The difference between all four of these friends really emerges from the performances themselves. You buy that they all care about each other and would work as chosen co-conspirators for figuring out the ways to live life unapologetically across bars and beds and all the thorny steps in between. But they’re not merely a handful of riffs on the same young Londoner. Powley’s Birdy is sometimes more timid than the rest, but there are pivotal moments where she’s the fiercest of the group. The push and pull between a desk job and the life of an artist would easily feel trite if Odoffin didn’t add something of her own to Amara. When Nell wants something more from this stage of her life, Siu does a lot to make sure those decisions come across as more honest than selfish. Appleton has the most screen time to find the hidden corners of Maggie’s personality, but she doesn’t waste any of it. 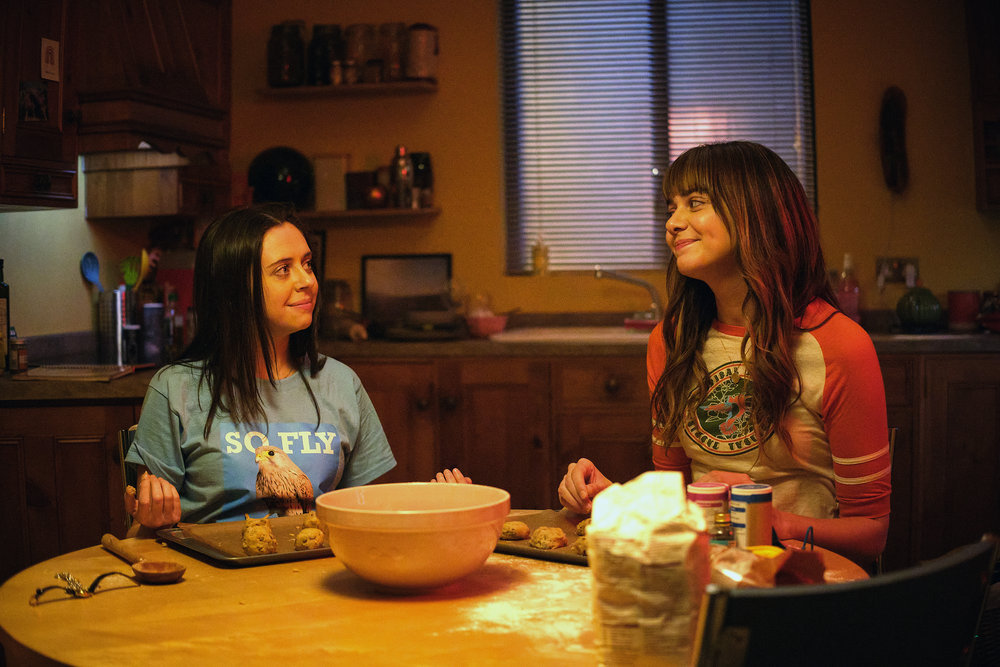 “Everything I Know About Love”

“Everything I Know About Love” often rejects the neat and tidy. These central characters make rash decisions, whether motivated by naiveté or gleeful recklessness, without the show losing control, too. The consolation (or celebration) with friends afterward doesn’t have to come with a moral talking-to either. They have people like parents and Maggie’s boss Roisin (an impossibly fun Jill Halfpenny) to remind them to savor this decade of their lives, even if there are times where such sage advice from elders can come across as overly composed and profound.

On the surface, it seems like the kind of season that should end with Maggie proclaiming, “I never had any friends later on like the ones I had when I was 24. Jesus, does anyone?” But the key to “Everything I Know About Love” is that it’s not putting the challenges and highest highs of their twenties on some distant pedestal. They’re delivered with the immediacy of someone who is still internalizing a lot of those messages that these characters hear but haven’t fully taken in yet. Even those poetic pep talks speak to the idea that other people are the stars of Maggie’s (and, by extension, Alderton’s) story.

Still, the last episode of the season is a pretty effective pilot for another stage in Maggie’s life. It’s a wholly different phenomenon than the recent slew of shows meandering through their freshman year before they finally seize on the thing that makes the story worth continuing. Figuring things out is the fuel that drives “Everything I Know About Love,” and its debut season reads like a first chapter of a book that’s still being written. With luck, there’ll be more time to spend with these four before long.

“Everything I Know About Love” premieres Thursday, August 25 on Peacock. The full first season is available to stream.